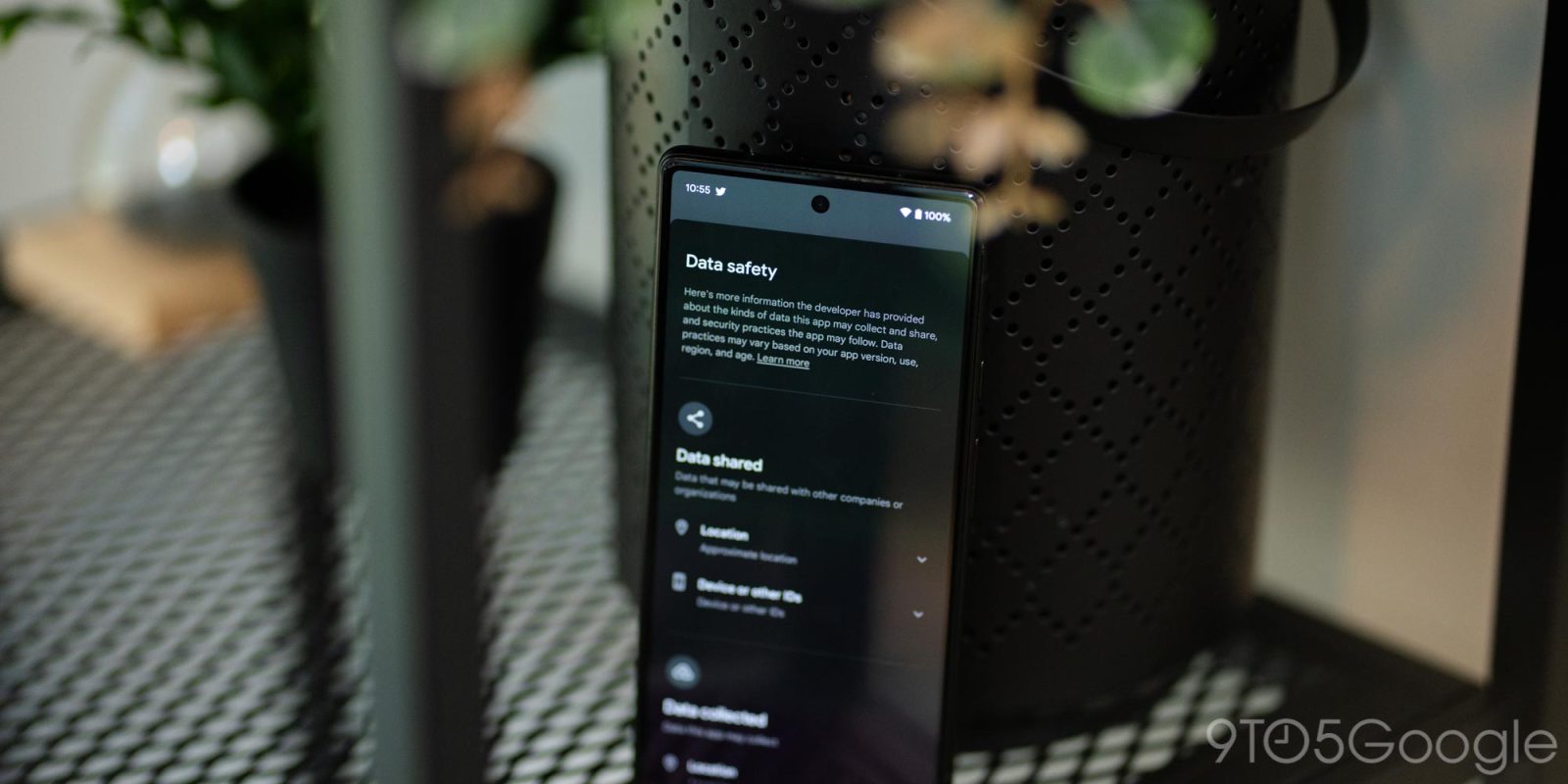 In April of this year, Google started rolling out a new “Data safety” feature for the Play Store. The goal of the new section was to detail in clear wording what data apps had access to, and what they were doing with that data. As our Abner Li broke down at the time, there are several different data types including location, personal info, messages, files, and more.

Google requires that all Android app developers submit this information for their apps by July 20, 2022.

Just ahead of that deadline, is seems Google has taken the next step in highlighting “Data safety.” The feature has now replaced the “permissions” section in the Play Store on all apps, leaving it as the only indication as to what an app might be able to access before installing it.

The change was spotted by BlueSpace and others on social media, and further highlighted by Mishaal Rahman this week.

From what we can tell, this change has gone live on virtually every app on the Play Store, though we would assume the “permissions” section would still appear for any still lacking “Data safety” info from its developer. The change is live both on mobile and on the Play Store’s recently redesigned website.

Is this is a bad change? Not necessarily. The one downside here is that the “Data safety” page isn’t quite as explicit with the exact system permissions an app is asking for. But on the other hand, this new page is considerably easier to understand for those not versed in Android’s ins and outs. For example, the location permission is often used by apps to detect nearby Bluetooth devices, which could lead to confusion.

But the one potential issue here is that the information on the “Data safety” page is provided by developers, rather than be auto-generated by the Play Store. That leaves potential room for nefarious actions on the page, and it’s unclear if Google is policing this information.