Today only, as part of its Gold Box Deals of the Day, Amazon is offering up to 80% off a wide selection of Back-to-School Essentialsincluding notebooks, binders, Sharpies, post-it-notes, scissors, tape, pens, and just about everything else you’ll need. One standout is the 3-Pack of Scotch 8-inch Precision Ultra Edge Scissors (1458-3AMZ) for $9.95 with free shipping for Prime members (free trial) or on orders over $35. That’s as much as $14 under some bloated listings and the best price we can find by $3+.

Perfect for going back to school or around the office, these multi-colored scissors are the best selling option on Amazon and have received a 4.7/5 star rating from over 1,600 Amazon customers. Here are some more of our top picks from the sale:

With the Fotokite Phi, flying a drone is as easy as walking your dog 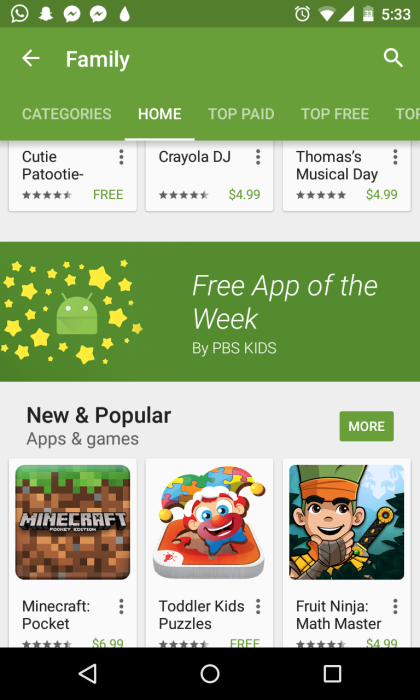 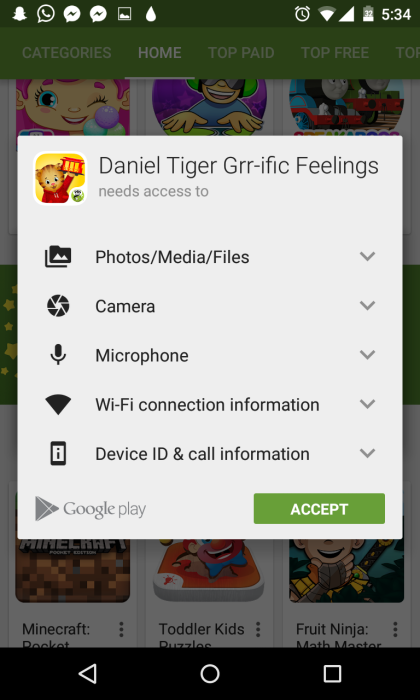 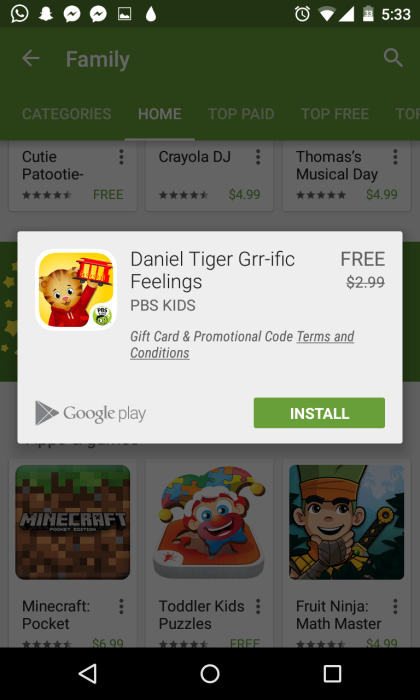 Google’s policies around pricing in the Google Play store make it impossible to offer an app for free for a limited time and then change it back to a paid app later. Once the developer makes an app free, their only option to make it paid again is to pull the app and re-publish to the store. Thanks to the keen eye of one Redditor, though, it seems that Google may now be offering a promotion similar to that from Apple’s App Store in which one paid app each week is made available for free.

END_OF_DOCUMENT_TOKEN_TO_BE_REPLACED

Verizon is following its More Everything holiday promotion today with a new limited time promo for its customers, the carrier announced today. Starting tomorrow, Verizon will begin offering customers data plans at new price points from 1GB up to 20GB with most price tiers being reduced by $10/month compared to their previous rates.

With the new plans, customers can take advantage of plans with the same data amount at a cheaper rate, or pay the same price and receive a data increase. Additionally, Verizon will introduce more data tiers with 12GB, 14GB, and 16GB options. END_OF_DOCUMENT_TOKEN_TO_BE_REPLACED Today, T-Mobile’s continued its aggressive marketing blitz, announcing a new promotion that doubles tablet data for its customers, along with an increase to the number of lines supported by its family plans. Starting on September 3rd for $10 extra per month, T-Mobile will match Simple Choice data allotments by up to 5GB, with the extra data bucket being available exclusively to your network-connected tablet.

END_OF_DOCUMENT_TOKEN_TO_BE_REPLACED

There’s always a chance the features above will never make it out of testing, but there’s also a possibility Google could be planning to roll them out to users in a future update. As always, we’ll keep you updated as we learn more.  END_OF_DOCUMENT_TOKEN_TO_BE_REPLACED

Buy an Android phone or tablet at Amazon and get an extra $15 worth of apps, music and e-books

Amazon, the king of sweet deals, is running an interesting promotion designed to boost both sales of Android phones on their site and app downloads through its Appstore for Android. You can now get any Android smartphone or tablet sold through their site between July 11 and through October 11 and the company will put a $15 credit into your account that can be redeemed against app purchases on the Amazon Appstore for Android. You can also buy music on the Amazon MP3 store and e-books on the Kindle Store, if you want.

The credit will be in your account once your Android phone ships, with the expiry date set to November 12. More about the terms of this promotion here. Amazon Wireless offers a decent selection of phones, including the latest models such as HTC’s Thunderbolt 4G, LG’s Revolution and Motorola’s Droid X2. The $15 credit is split between the three stores, with each getting a $5 credit. This should be enough to buy you a cheap or discounted Kindle book, a couple of 99-cent games or apps and a few songs or even a whole album.