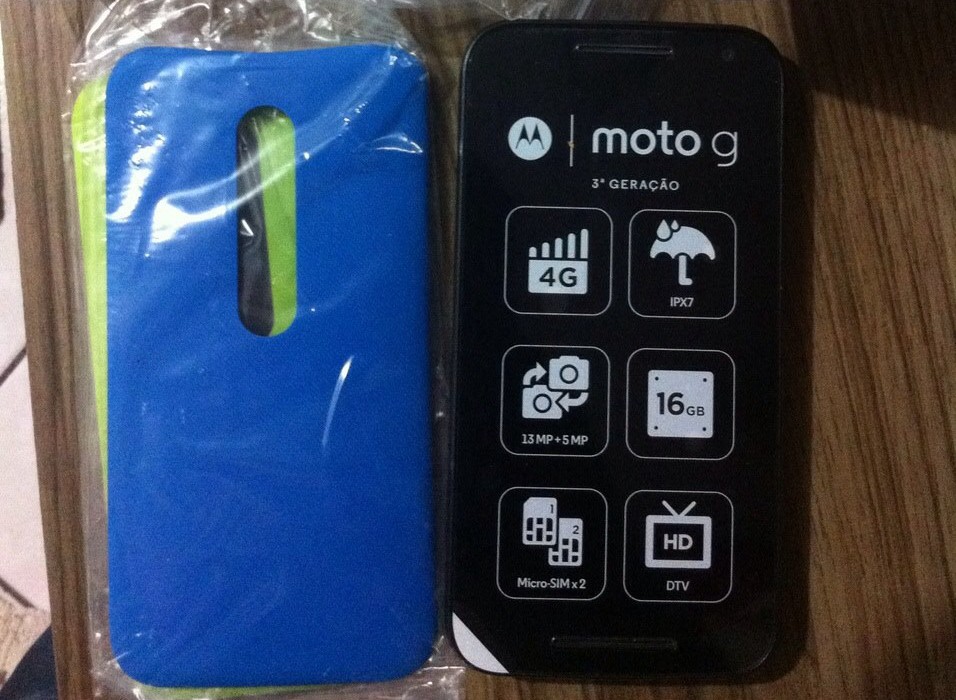 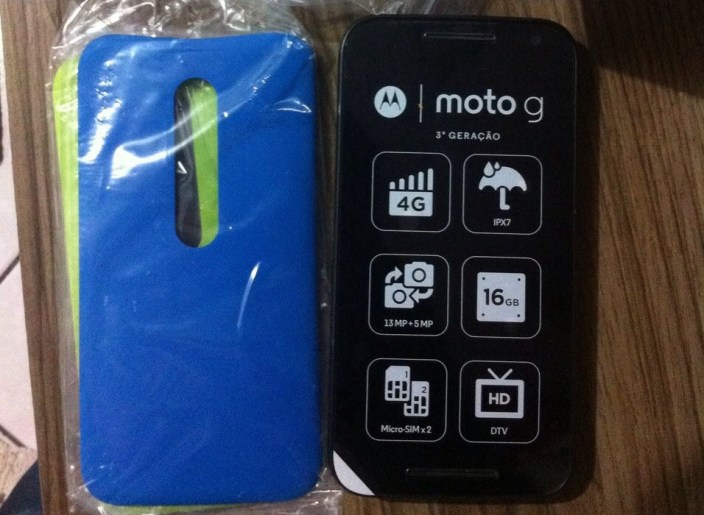 Motorola has at least a few major announcements scheduled for tomorrow, but it looks like there aren’t going to be many surprises when it comes to the new Moto G. We’ve seen almost a dozen leaks already (including renders, more renders, real photos, more real photos, and even more real photos), but now we have what is essentially a full reveal. The packaging is in another language, but this unboxing is probably the clearest look we’ve had yet at what the company is going to be showing off tomorrow…

First of all, this leak confirms most of what we already knew. We previously saw a picture of what we thought was a dummy unit identical to these pictures, suggesting the phone will sport IPX7 waterproofing, a 2470 mAh battery, a quad-core (assumably Snapdragon) processor, expandable storage via microSD card, a 13-megapixel rear camera, a 5-megapixel front camera, and the usual 4G LTE support.

We also now have confirmation of this information thanks to the information on the back of the box. Additionally, it looks like the phone comes with 2 swappable back covers by default (as they’re pictured on the box as well), as well as the usual charging cable. This particular model has dual-SIM support, but that’s likely to be just for this localized model. It would be a pretty big surprise to the see the phone launch in the US with that feature.

Motorola announced last week that it is holding an event to unveil some new products — assumably including this smartphone — on July 28th. Based on what we think we know right now, the event will bring the much-rumored 2015 Moto X and 2015 Moto G refreshes. Also, considering that the company hasn’t shown a new smartwatch in a while,  we might even get a surprise unveil of the next Moto 360 as well.

Here are a couple more pics: