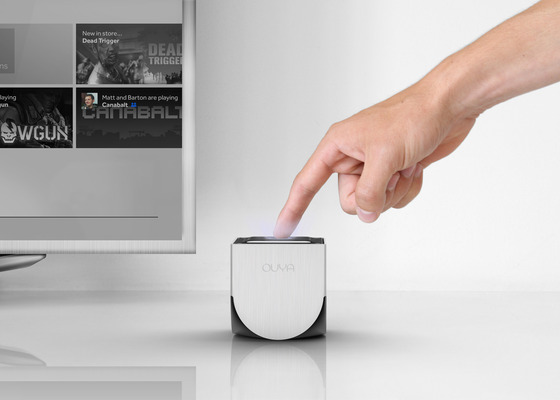 We told you that investment bank Mesa Global accidentally let out in June that Razer had acquired flopped-Android-gaming-box maker OUYA, and today the company has made that acquisition official. Ouya’s Android-based gaming box quickly fell flat a couple years ago after receiving millions in funding through Kickstarter.

Razer, which offers its own inexpensive Android-based gaming box for the living room called Forge TV, was notably one of the 15 companies Google partnered with for CES 2015 through its ‘Be Together. Not the same.’ campaign. Razer’s goal is to migrate OUYA users via a “clear path” to “more advanced” Forge TV consoles.

Part of today’s acquisition is the OUYA store, which the company says will in time be “re-launched as Cortex for Android TV, a premier destination for Razer Forge TV games and other content.” OUYA hardware and other assets will be abandoned, but the company says it does plan to publish Android TV content under the OUYA moniker.

CARLSBAD, CA–(Marketwired – July 27, 2015) – Razer™, a world leader in connected devices and software for gamers, today confirmed it acquired the software assets of OUYA, including its content catalog and online retail platform. The technical team and developer relations personnel behind OUYA, the leading Android game platform for the television, have joined the software team of Razer, the company additionally reported. Financial details of the transaction, which closed on June 12, 2015, were not disclosed.

“Razer has a long-term vision for Android TV and Android-based TV consoles, such as the Xiaomi Mi Box and Alibaba Tmall Box, to which OUYA already publishes,” says Razer Co-Founder and CEO Min-Liang Tan. “OUYA’s work with game developers, both triple A and indies, went a long way in bringing Android games to the living room and Razer intends to further that work. This acquisition is envisaged to usher more developers and content to the Android TV platform.”

In the near future, Razer will be providing existing OUYA users with a clear path of migration to the more advanced Forge TV micro-console and Serval controller bundle. Razer’s intention is to allow OUYA users to bring their games, controllers, and accounts to the Cortex TV platform on the Forge micro-console, advancing the experience of Android gaming on TV that they have previously enjoyed. Additionally, Razer is planning deep product discounts for incoming OUYA users to purchase Razer hardware, and a spate of freebies, giveaways, and promotions to enjoy on their new Forge consoles.

Moving forward, Razer plans significant development of the Forge TV micro-console, controllers and software solutions to enhance the home entertainment experience. The company also intends to bring myriad additional games to the Android platform it purchased, through increased investment in developer and publisher programs, and with complementary technology partner initiatives.

The OUYA store acquired by Razer will in time be re-launched as Cortex for Android TV, a premier destination for Razer Forge TV games and other content.

While Razer is not retaining interest in OUYA hardware or related other assets, it does plan to publish Android TV content and Android-based TV console games under the OUYA moniker as a separate interest.

“When it comes to gamers, Min clearly knows what he is doing,” says Brian Fargo, video game designer, producer, programmer and founder of Interplay Entertainment and inXile Entertainment. “I’m certain that he has clever ideas on how to make his many initiatives with Forge TV fit well with all the titles and hard work that OUYA put in.”

Over the past year, Razer unveiled its Razer Forge TV, a high-performance Android TV micro-console to bring Android gaming into the living room, accompanied by a gaming controller, the Razer Serval. The Razer Forge TV ecosystem is based on an open platform. Content for the micro-console is provided by Razer, partners, independent developers and publishers alike, and is serviced through the Google Play store. More about Razer Forge TV is here: http://www.razerzone.com/gaming-systems/razer-forge-tv.

“Razer is the perfect home for OUYA and the team that made it all happen,” says OUYA co-founder and CEO Julie Uhrman. “They can take the OUYA platform to new places, inspiring developers and embracing gamers, everywhere.”