The popular messaging app Snapchat has received a new update for Android which includes both some fun changes in the form of a new emoji button, as well as some more utilitarian changes that will help save cellular data if you’re capped or traveling internationally… 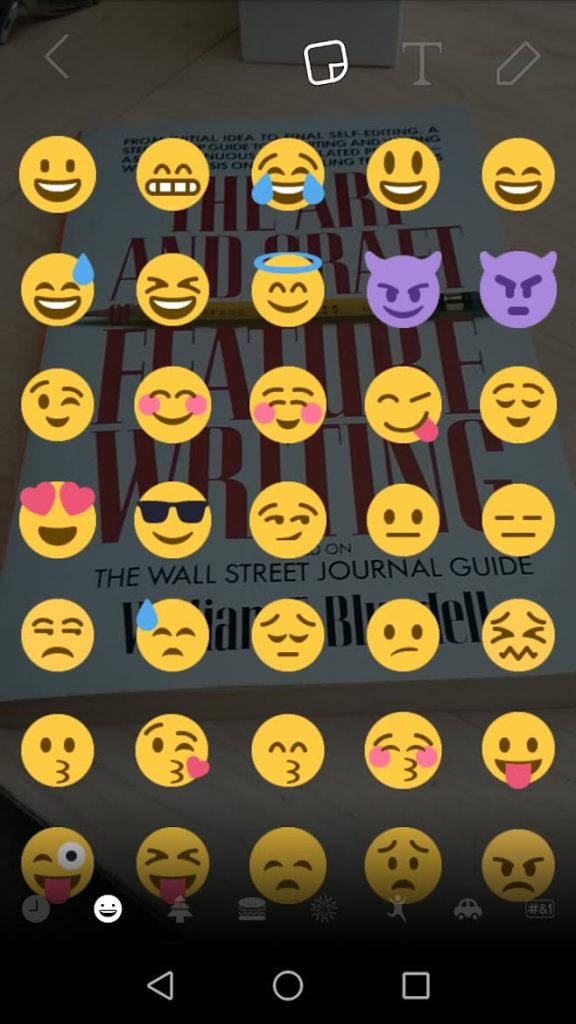 What’s probably going to take the biggest hit on your productivity is a new button in the top right of the camera view which, when tapped, reveals a tray of emoji. Tap any one of them to add it to your photo or video — resizing and rotating them as you please, just like text — and then just keep doing that over and over again to morph your pictures and videos into an emoji collage. Emoji no longer have to be inline with text, which is nice because you can only add one line of text, which made it impossible to add emoji all over your photo or video. Or some would argue that this update actually isn’t nice, as everyone has one of those friends who will go overboard with it. My advice is to just unfriend that person.

Next up is a new feature called Travel Mode which is meant for those who are very conscious about their cellular data usage. When enabled from the settings menu, Travel Mode prevents content from auto-loading upon launch of the app. One example for where this might come in handy is international travel. Perhaps you just want to use Snapchat to message some close friends back home — any loading of extra video and photo content could result in some serious sticker shock when you get back home. But to be honest, I’ll probably keep this turned on even though I have a large data allowance just because Snapchat is so notoriously slow at loading content, and this way I can make sure the Stories content I actually want to see is prioritized and loaded as quickly as possible.

Snapchat has also taken a step back elsewhere by making it once again easy to see who has viewed your Snaps. In a recent update they added an extra tap to see this information — you had to tap and view your Snap, then tap another icon to see who’s viewed it — but clearly the grievances of the many were heard. It now requires only one left-swipe and two taps.

Finally, you can now save your Snapcode, the QR-code that other users can use to add you and which you can add a selfie to, directly to other services. Tap on your Snapcode, press the share icon, then choose where you want to send it — Google Photos, Drive, etc.

The update is available now in Google Play, or you can grab a direct download from APKMirror.