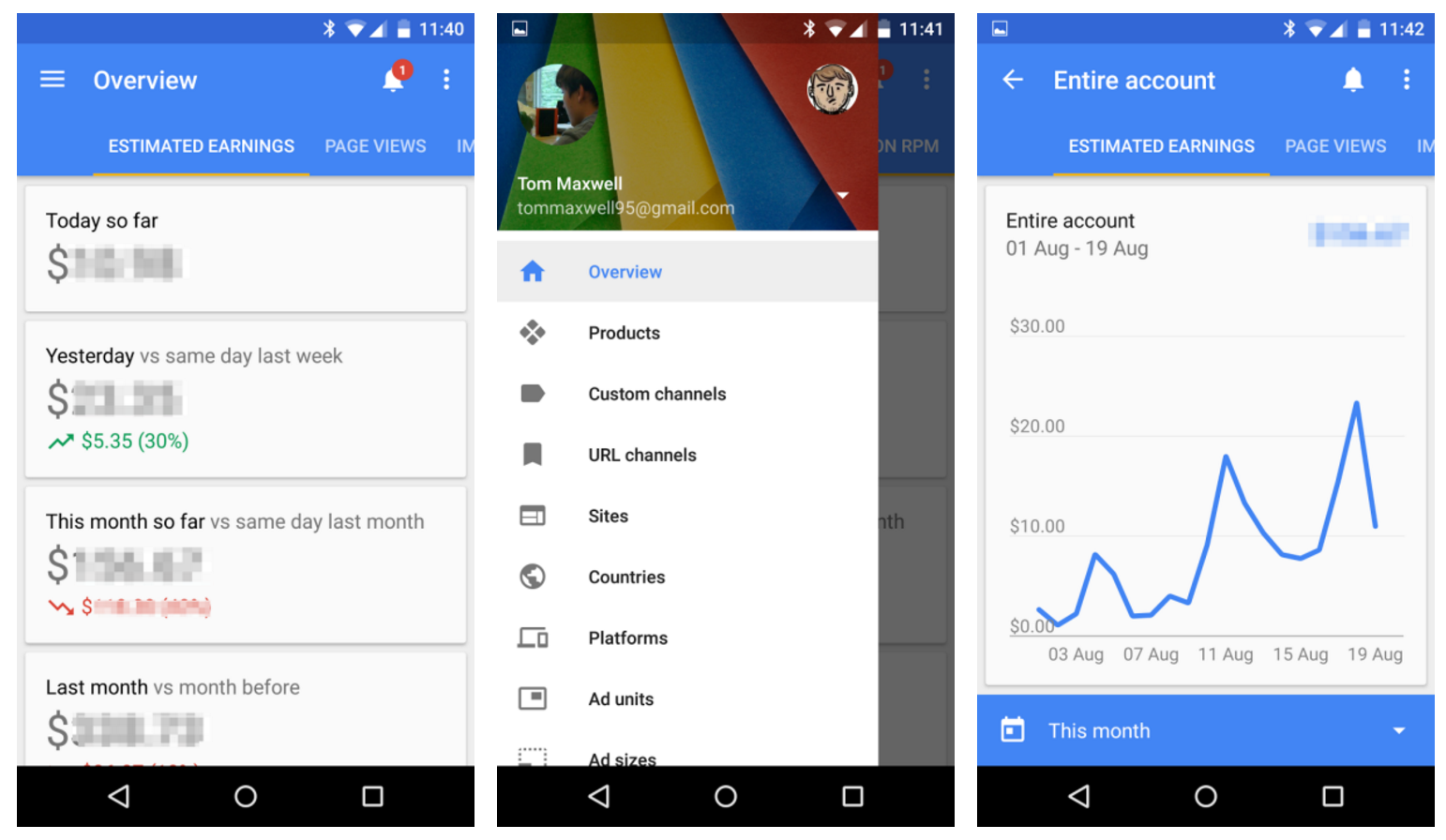 AdSense, Google’s publisher ad network used by millions of websites across the web, has just seen its Android app brought up to the company’s Material design language standards.

The app itself is mostly read-only, meaning you can quickly see data on your performance like how much money you’ve made from your ad placements over different time periods, but you cannot create new ads to place on your site from within the app. That would be cumbersome from a mobile device, though, as it requires copying and pasting HTML code into your site’s backend.

AdSense 3.0 also brings with it a new logo the company unveiled back in June. It looks like this:

And for the curious, here’s what the app looked like before today’s update: 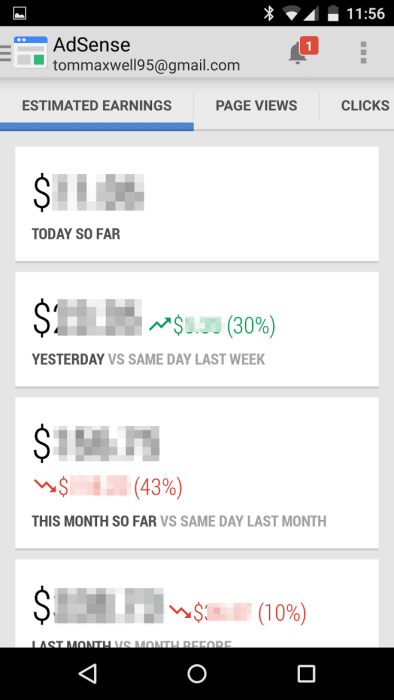 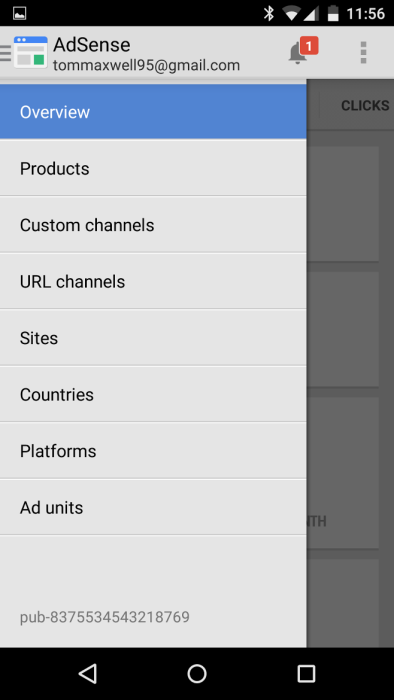 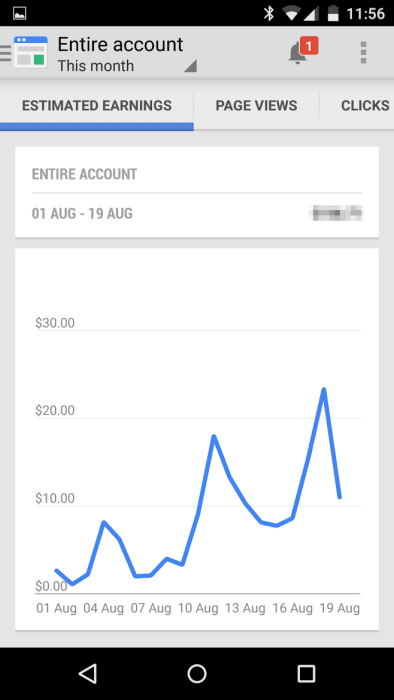 The update hasn’t propagated completely in Google Play yet, but it’s available as a direct download through APKMirror right now.