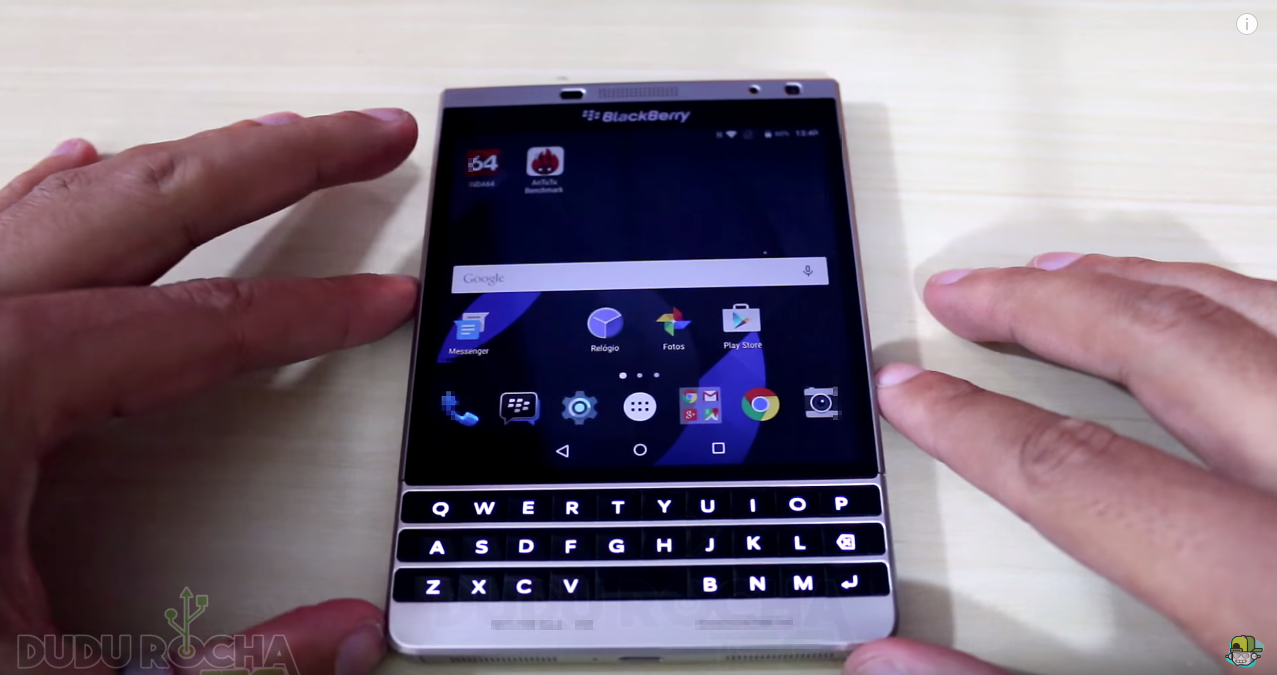 Evan Blass — otherwise known as Evleaks — shared with us an image last week showing what looks to be some silver variant of the much-rumored BlackBerry Passport running Android Lollipop. Tech blog 4GNews then went on just before the weekend to share images of what it called Passport Silver Edition. It turns out those images were from Dudu Rocha Tec., an Android-related Brazilian YouTube channel, and now we have a look at what is likely the much-rumored BlackBerry device in its full glory…

At this point, video footage is pretty much all we have. You can see in the below video that the device is definitely running some custom build of Android Lollipop, complete with Material Design in full force. Additionally, you may notice that — unsurprisingly — BlackBerry has added a few of their own touches to the operating system. There seem to be plenty of pre-installed apps, like BlackBerry Messenger, a custom camera application, and more.

Interestingly, the device seems to sport the “oslo” codename that we briefly heard about back at Mobile World Congress. BlackBerry Central previously shared an image of that device, but that photo only showed a variant running BlackBerry’s own mobile operating system. More recently, the codename “Dallas” has appeared for the purported “Silver Edition” of the Passport.

Last week, we showed you the slider BlackBerry Venice smartphone in all of its glory. That device is also expected to run Android, as we’ve learned thanks to several leaks over the last few months. Hopefully BlackBerry is planning to bring their security-focused offerings to the market sometime soon, as they’re about to see stiff competition from new Nexus phones set to be announced very soon. BlackBerry is already struggling, and launching Android devices seems to be their last-ditch effort to regain relevance.