Update 2: People familiar with the matter have said that this isn’t an internal codename for a future project, but rather just referencing the concept of iterative “++” in programming.

Update: Taylor’s LinkedIn profile has been updated to redact mentions of Cardboard++: “In January I began working with the Cardboard team.” Previous version can be seen in a screenshot below.

We know that VR has become much more central to Google’s ambitions lately, but what exactly might the company be working on? According to some evidence scattered across the web, one project in the works might be called “Cardboard++,” a collaboration between the Project Tango augmented reality team and the Cardboard virtual reality team…

First of all, it’s worth mentioning that this isn’t the first time we’ve heard of the two teams collaborating. At Google I/O 2015, Tango’s project lead Johnny Lee said “Computer Vision and 3D Tracking is going to be an essential part of new mobile experiences, from indoor navigation, to VR, AR and potentially robotics.” The company even showed a quick look at a VR chat app using Project Tango’s computer vision tracking system. 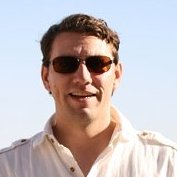 But it looks like this project might now have a name—or at least a temporary internal name. The first—and most convincing—piece of evidence we’ve stumbled upon is a LinkedIn profile for one Isaac Taylor, Operations and General Manager of Augmented Reality & Virtual Reality at Google. According to his job description, he recently (just last month, actually) “began working with the AR & VR teams on Project Tango and Cardboard++.”

Considering this name is listed alongside what we know is an actual project called “Project Tango,” I would assume that he’s referring to another actual project within Google. And if that’s the case, it’s a project we’ve never officially heard of. Considering he’s also working on Project Tango, this “Cardboard++” project might be one integrating some of Tango’s technologies, just like we saw mentioned briefly at Google I/O last year. 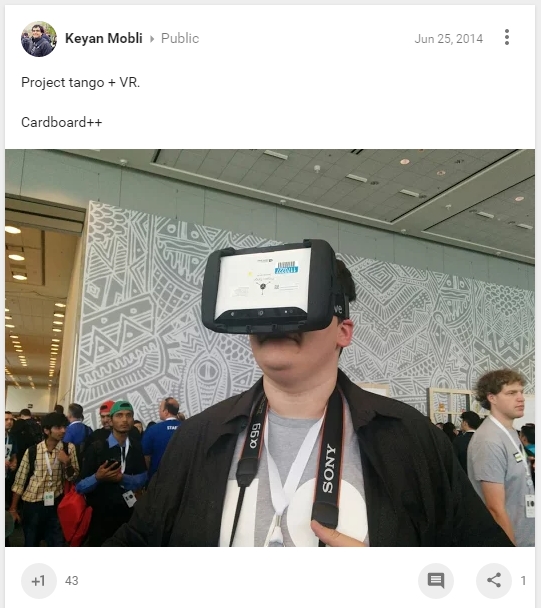 Seeing this, we can go digging a little deeper, and that’s what led me to a post on Google+ from Google I/O 2014, the year that Cardboard was first announced and all attendees were given the first viewers. One Keyan Mobli was at the event, and had an opportunity to strap on a VR headset powered by one of Google’s Project Tango development kits for a demo. It may or may not be a coincidence, but he went on to post about the experience. “Project tango + VR,” he said. “Cardboard++”. Perhaps “Cardboard++” is a name he heard from a Google employee, or perhaps it’s just a convenient name he picked to refer to Cardboard that is more than just Cardboard. The picture itself appears to be of Chris Sewell.

Another Googler also tweeted about “Cardboard++” in 2014, but it’s not as obviously relevant.

In a blog post last week, Clay Bavor, the recently anointed VP of Google’s newly-formed virtual reality division, announced that there are now over five million units of Cardboard and over 1000 Cardboard apps in Google Play. The numbers come as recent reports show Google taking a deep dive into VR, including possibly building their own headset hardware.

We’ve reached out to Google for comment, but the company hasn’t gotten back to us yet.