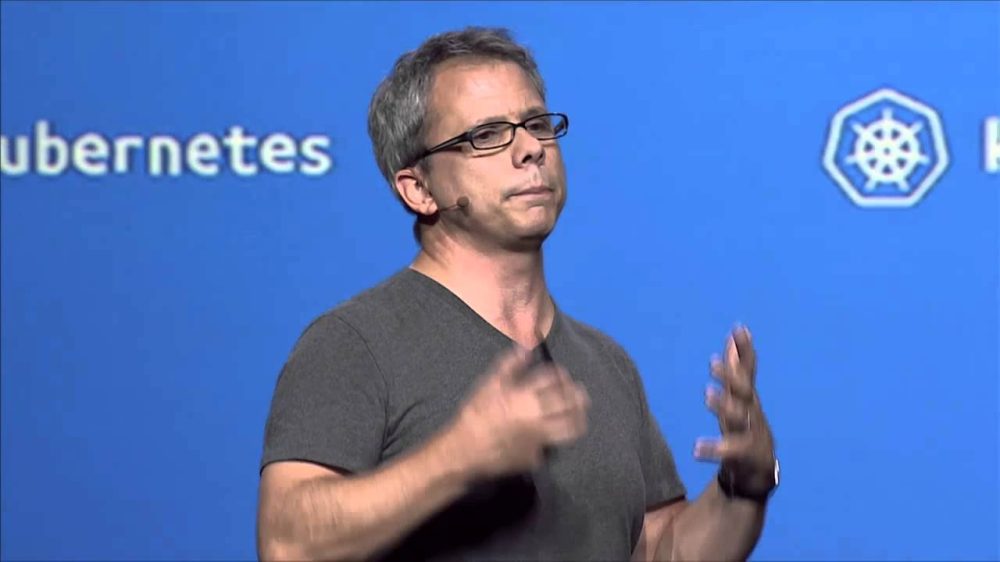 Now ex-Director of Product Management for Google’s Cloud Platform Greg DeMichillie has departed the Mountain View company to head back to Adobe to serve as its Head of Developer Platform & Ecosystem. This is a move back to Adobe because, before his time at Google, DeMichillie was at the creative, marketing, and document software company as a Director of Product Management between 2008 and 2012…

This is according to the LinkedIn profile, and confirmed on his Twitter account where his bio reads “Cloud, Developers, Adobe, ex-Google, ex-Microsoft, Traveller, Photographer, Dog owner.” His Twitter bio link, however, is still set as cloud.google.com, and he has yet to officially mention his move publicly. His Google+ profile, perhaps unsurprisingly, is also yet to be updated.

DeMichillie was on stage at Google’s GCP Next conference in San Francisco earlier this year demonstrating — among other products — Google Stackdriver, a product for monitoring cloud-powered applications running on both Google Cloud Platform and Amazon Web Services. This was announced alongside a slew of other new Cloud Platform offerings, all under the leadership of Google’s Diane Greene, who joined Google last year.

Where would you know him from? Perhaps you would recognize his face from the Google Actual Cloud Platform April fools’ joke from 2015:

“One of our goals for 2016 is to show the enterprise we’re ready for them,” Greg DeMichillie said back in March of this year. This was followed in May with the announcement of integration between BigQuery and Google Sheets. “With Diane coming in, we’re on a journey to bring those worlds together,” Demichillie said at the time. He said this was the “first of many” integrations coming between Google Apps and Google Cloud Platform.

Now, he’s headed back to Adobe. There he will be “creating an API platform to enable developers at ISVs and IT organizations to build applications that use Adobe’s Marketing Cloud, Creative Cloud, and Document Cloud,” according to his LinkedIn. 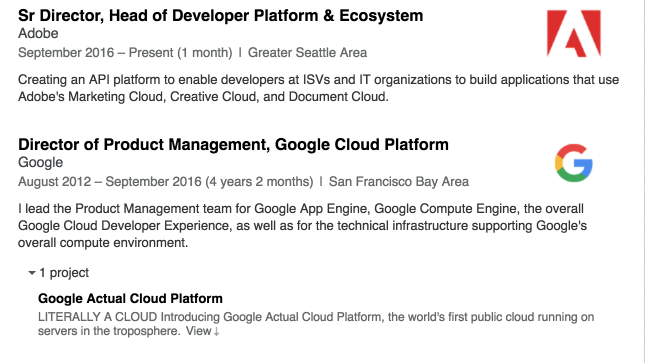