Europe fines Google a record $2.7B after 7-year antitrust investigation into Google Shopping 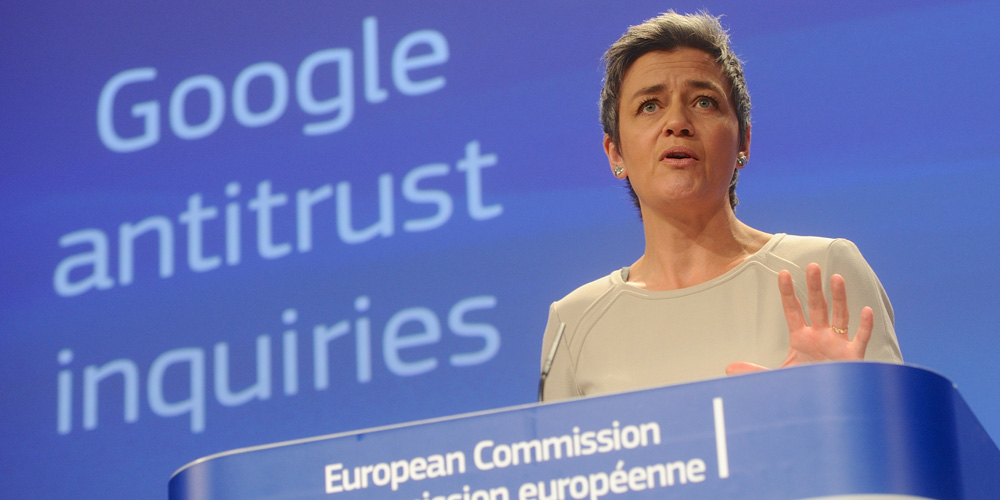 The European Commission has levied its highest ever fine in an antitrust case, ruling that Google must pay €2.42B ($2.72B) for favoring its own shopping comparison service in search results. This is far higher than the €1B fine expected.

The EC found that Google Shopping (and its earlier incarnations) always appeared at or close to the top of product search results, while the highest-ranked competitor service typically appeared on page 4. It ruled that this was an abuse of Google’s dominant position in search.

The commission presented evidence that Google’s promotion of its own shopping comparison service – featuring paid advertisers – increased by up to 45-fold, while traffic to competitor sites dropped by up to 92%. These findings were based on a seven-year investigation which examined around 1.7 billion search queries.

Google must now cease promoting its own service and demoting rival services within 90 days.

The EC notes that, in addition to the fine, Google is also liable to civil claims for damages from competitors who lost revenue as a result of the demotion of their search ranking.

Google says in a blog post that the reduction in traffic to other comparison sites is as a result of the dominance of Amazon and eBay, and that it is considering an appeal.

Amazon is a formidable competitor and has become the first port of call for product searches.  And as Amazon has grown, it’s natural that some comparison services have proven less popular than others. We compete with Amazon and other sites for shopping-related searches by showing ever more useful product information […] Given the evidence, we respectfully disagree with the conclusions announced today. We will review the Commission’s decision in detail as we consider an appeal, and we look forward to continuing to make our case.

If the company does appeal, the issue is unlikely to be resolved any time soon. Nor is this the end of the EC’s investigation of the search giant: a second investigation continues into whether Google forces manufacturers of Android devices to favor the company’s own apps, and a third into whether it abuses its dominance in ad sales by making it harder for advertisers to buy from rival ad networks.