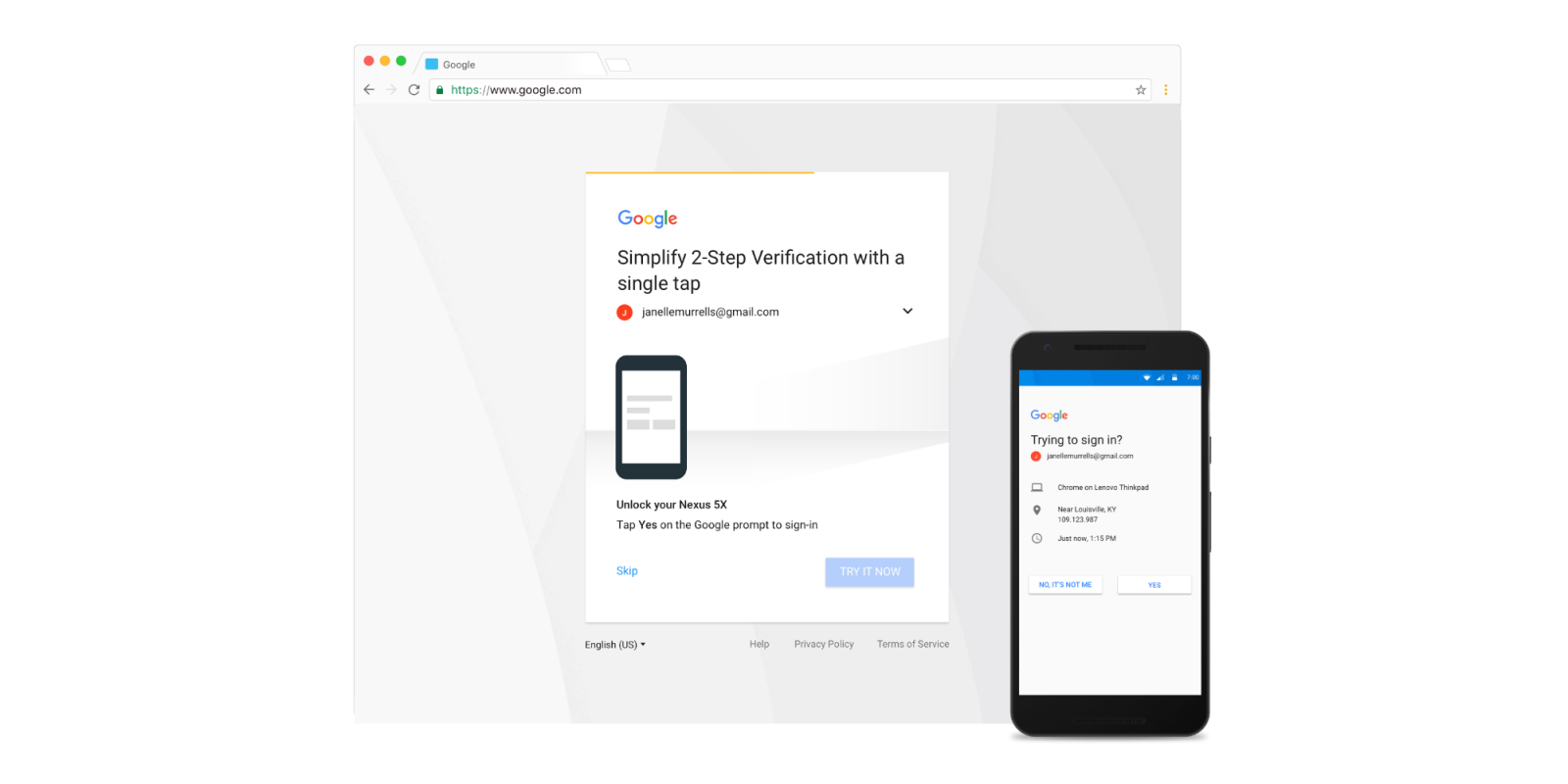 Last year, Google announced a new method for 2-Step Verification that is built into Android and available on iOS. The Google Prompt replaces the hackable SMS method and was recently updated to include more detailed information. Today, Google announced that the Prompt will become the default method for new sign-ups.

Having two-factor authentication, or as Google calls it 2-Step Verification (2SV), enabled on all your online accounts is remarkably important in this day and age. Most services rely on SMS, but that is increasingly insecure due to the possibility of spoofing.

Google is now defaulting new sign-ups of 2SV to the Google Prompt method if they have a compatible device. Previously, SMS was the primary choice, though users are still able to set up texting and a variety of other methods. Meanwhile, existing users will not be asked to change their routine.

On Android, the Prompt is built into Google Play services, while iOS devices have to install the Google app to see sign-ins. Compared to SMS, the Prompt is a simple yes/no that does not require users to enter in digits. Meanwhile, as of July, it features information like the device that is logging into your account and the location.

The one downside versus the SMS verification is how a data connection is required rather than just a cell signal. This change should be live and comes as Google is encouraging users to switch to the newer method.