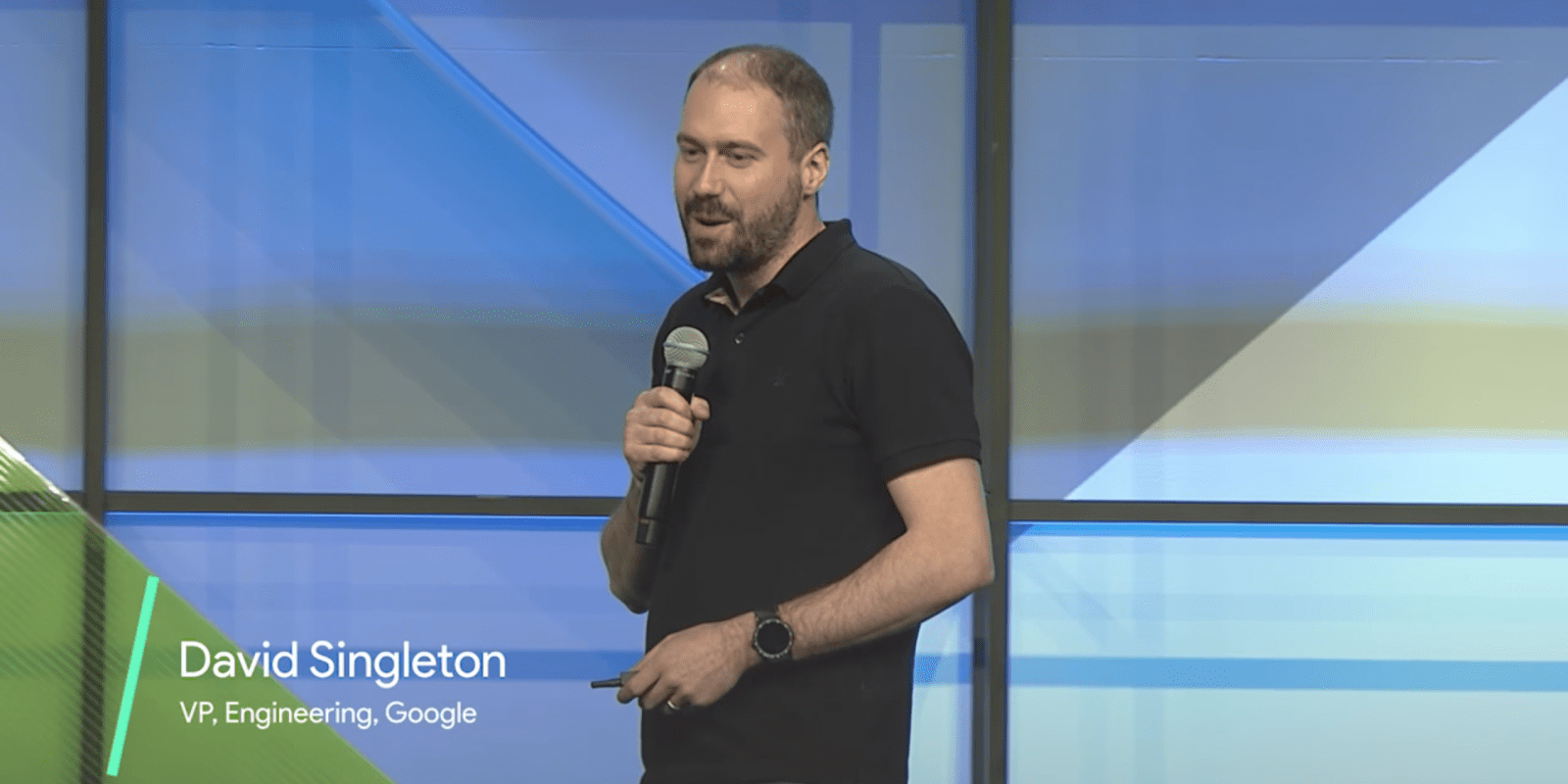 Vice President of Android Wear engineering David Singleton has left Google, according to a tweet this morning from the CEO of his new employer, Stripe. Singleton has yet to confirm his departure.

Earlier this morning, Stripe CEO Patrick Collision announced that Singleton is joining the payment service company to lead engineering. At Google, he had a similar role as VP of engineering for Android Wear.

Singleton was present at an I/O 2017 session updating developers on the future of Wear. Namely, how the “next Android Wear update” is a “technical upgrade to API 26.”

According to his company profile, he joined Google in 2006 and led other efforts like Google Fit.

David Singleton is the Engineering VP leading the Android Wear, Google Fit, Android Essentials apps and Google Store teams. He joined Google in early 2006 in London and worked on several Mobile projects including Voice Search, the Mobile Search apps, YouTube and Google Voice.  Outside of Google, David is an advisor to several startups.  He graduated from the University of Cambridge with a degree in Computer Science.

Since its launch in 2015, Android Wear has waned with some tech companies that were initially interested not even making smartwatches based on the OS anymore. A revamp was announced at I/O 2016 that refocused the wearable OS to customization, fitness, and messaging.

Wear 2.0’s launch was delayed to early 2017 with Google partnering with LG on flagship devices that are no longer officially sold on the Google Store. Meanwhile, the platform is currently in the midst of an upgrade to Oreo, but will do so without a key figure.