Oddly specific glitch shows your texts when you search ‘the1975..com’ in Google on Android [Update] 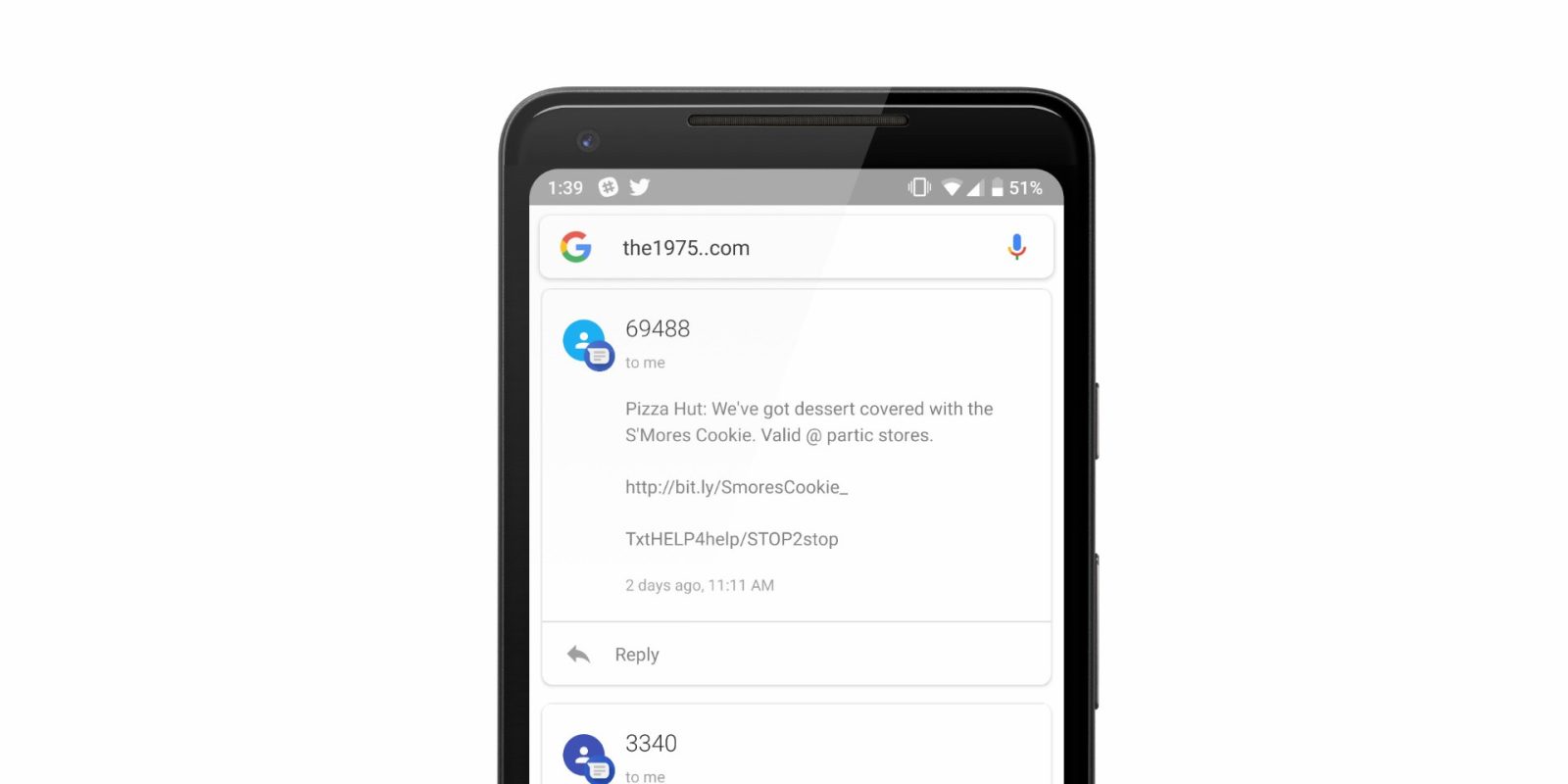 No matter the developer or the company, there will almost always be bugs in code. But a very weird glitch on Android is causing the Google app displaying your text messages (the same way you can show them with a “show me my text messages” search) where one would typically expect search results.

While searching for a website using the search bar on the Pixel Launcher, a user on Reddit accidentally typoed when they tried to type in a band’s website. Instead of typing ‘the1975.com,’ they added an extra period and searched for ‘the1975..com.’ They were, for obvious reasons, quite surprised when they found their text messages instead of Google search results.

To be clear, the screen you’ll see because of this glitch isn’t new at all — it’s the same text message summary screen you’ve long been able to invoke intentionally by asking Google to show your text messages. It also requires the proper permissions for the app to get access, which you can disable if you want.

If you’re unfamiliar, the feature pulls in the sender’s number, the entire message’s text, and a button to reply. When you tap on either the message or the reply button, you’re taken to the handset’s default SMS application.

This bug was found by someone using a Google Pixel, but we’ve confirmed that it also appears to happen when the same query is searched for on a OnePlus 6 and Pixel 2 XL running Android P. It’s probably safe to assume that this will happen on any Android device running the latest version of the Google app.

Update: Google has told the BBC that the1975..com phrase was “erroneously interpreted as a request to view recent text messages.” Google assures users that the “language detection bug” has now been fixed and that their private messages were only shown if the app was granted permission to view the phone’s text messages.