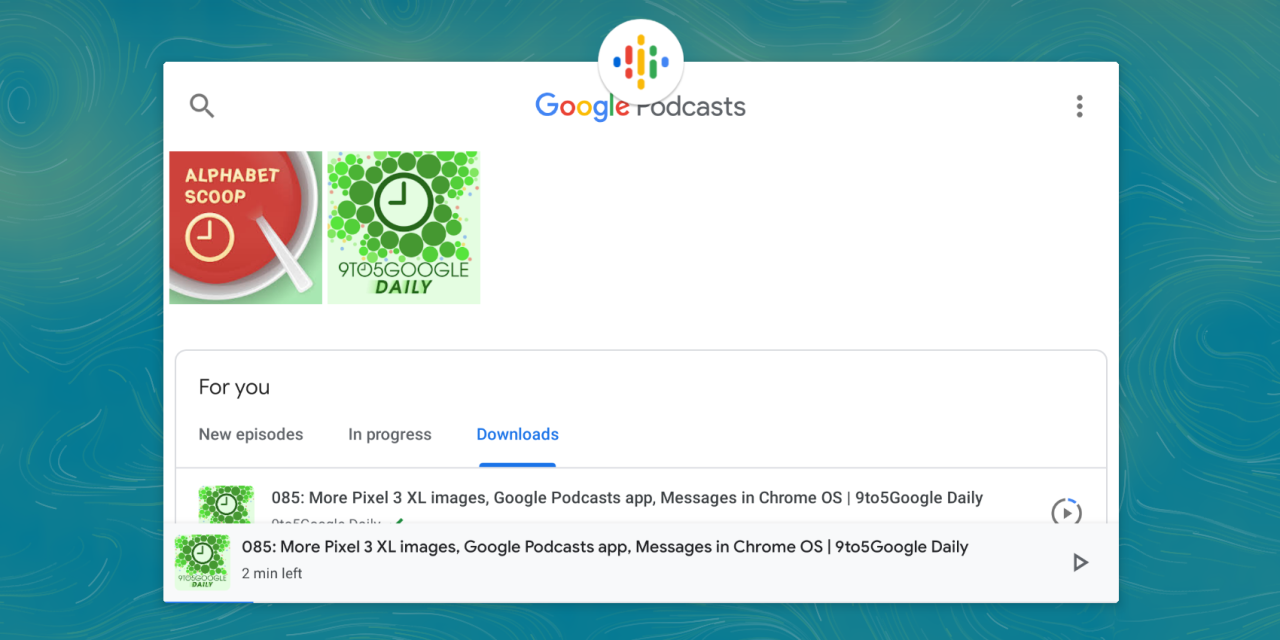 Over the weekend, we enabled a handful of upcoming design tweaks and features for the Google Podcasts experience within the Google app. These changes, including dedicated episode pages, are now rolling out today to beta users.

Google has rapidly iterated on its built-in podcast player in recent months, starting with a new home screen to promote discovery and subscribe to podcasts. In early June, the app was officially named “Google Podcasts” and picked up a Google Material Theme redesign. As we reported last week, Google is likely also planning a standalone app on the Play Store.

With version 8.7 of the Google app, which began rolling out to beta users on Friday, the audio player is reskinned with a lighter theme to match the rest of the interface. This includes a new play icon — which is just an outline and matches Android P’s back button — while several elements are now rounded and feature updated icons.

Meanwhile, a new info icon in the bottom-right corner takes users to a new episode listing. In the past, there was no dedicated page for episodes, just a main list where show notes for the episode you selected expanded.

This new view features a “Play episode” button that’s filled in to note playback progress, a download button that no longer requires scrolling down to the very bottom to access, and an overflow menu to “Mark as played.” In the top-left corner of this dedicated page, the new Google Podcasts icon we spotted in our last APK Insight is in use. The icon is also interestingly used in Android’s Recents view, but not as the home screen shortcut or in the status bar when an episode is playing.

Back on the home screen, there is a new combined “For you” section with swipeable tabs for New episodes, In progress, and Downloads. The tab indicators used are rounded and are another element from the Google Material Theme.

These changes are not rolling out via server-side update and likely require version 8.7 of the Google app, which should begin rolling out to users on the stable channel later this week.