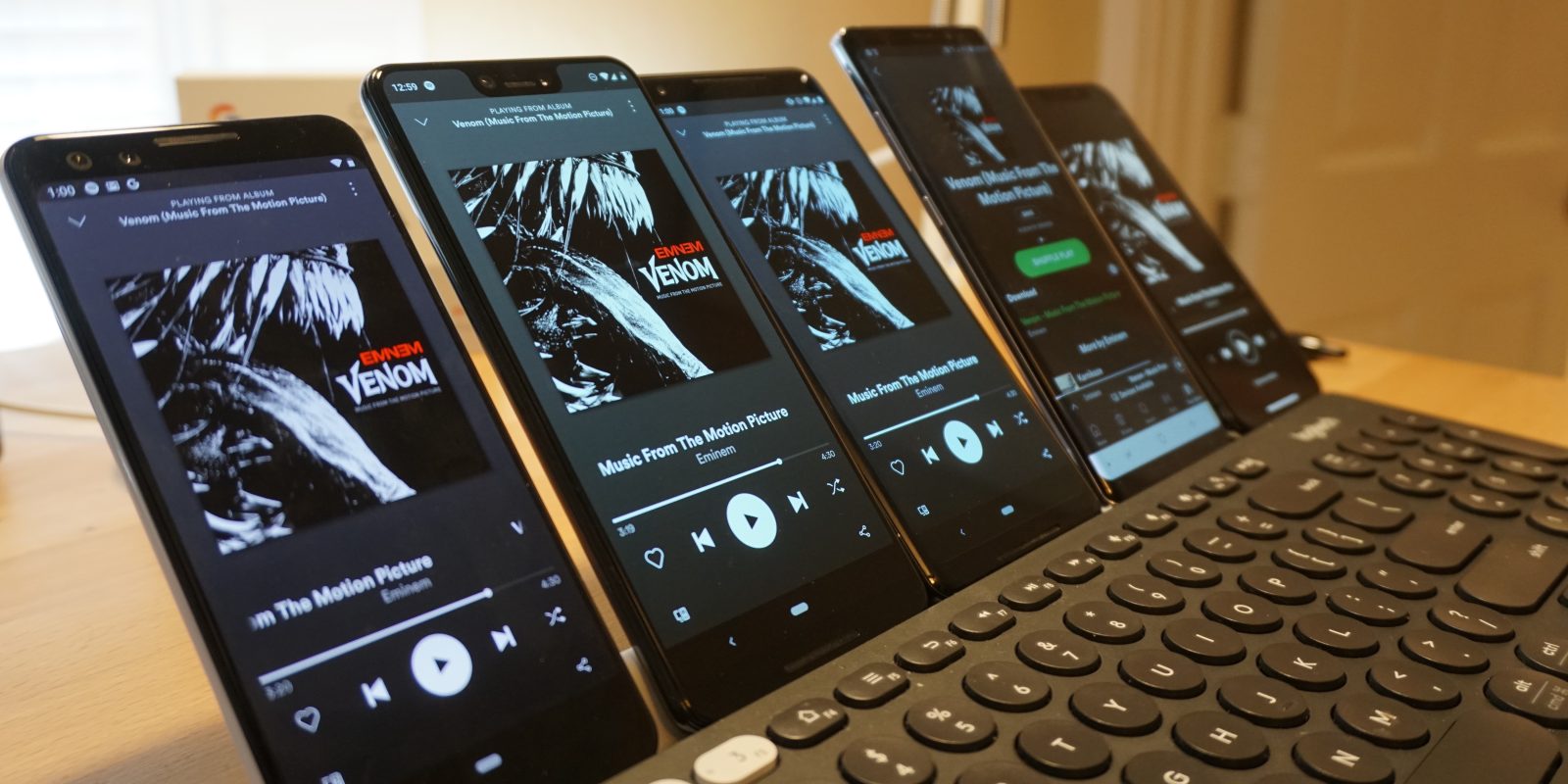 The Google Pixel 3 and Pixel 3 XL’s dual front-firing speakers are an important part of the phone. They’ve been in the Pixel line since last year, they’re part of the reason for the larger model’s notch, and many reviews have noted that they are very much improved over last year. Let’s take a look at how the Google Pixel 3 speakers compare to each other, last year’s Pixel 2 XL, the Home Mini, and other phones…

This was one of the Pixel 3 features we didn’t get a chance to thoroughly test for our review. With murmurs of the Pixel 3 XL’s front-firing speakers being “as good as a Home Mini” and seeming to be just an overall improvement over last year’s phones to my ears, I thought it would be a good idea to set the record straight and try to convey just how much better these speakers really are.

The primary purpose of this test isn’t to compare and contrast flagship phones (as you’ll see in the video, I don’t even have the latest Note or iPhone on hand to test against at the moment). Rather, I picked phones you might be already familiar with or may have used before or recently, so you can get a better idea for how these compare to something you already know.

Another goal here is to see just how the Google Pixel 3 speakers compare to its sibling the Pixel 3 XL. I’ve written extensively about how glad I am to see this year’s return to consistency across models, and I’m glad to report that testing corroborates this. In the direct head-to-head test between the 3 and the 3 XL, I could barely tell a difference — though I do think the 3 XL barely pulls ahead.

As a bonus, we’ve also taken a look at how the Pixel 3 XL does against the Home Mini. Surprisingly to me, I found that they actually are at least in a similar ballpark — and you can see that in the video. The Home Mini is clearly louder and has much better bass and a much fuller sound, but it really is a testament to the Pixel 3’s speakers just how close it gets.

What’s the takeaway with phones? Of the phones we tested, I feel that the Pixel 3 XL comes out on top, with the Pixel 3 just ever so slightly behind. That shouldn’t be surprising in one sense since every phone we compared them against are from last year — the story may be completely different comparing them to the Note 9 or the iPhone XS or XS Max.

Again, declaring Pixel 3 the winner against the competition wasn’t the goal here. And for fairness, the Note 8 and iPhone X don’t even have dual-front-firing speakers, so it’s not surprising to see them come up short here in that regard, either. That said, at least we do know that the Pixel 3 and Pixel 3 XL are vastly improved over last year, and easily better than those two phones.

I also decided to level the playing field by putting the phones at their max volume so you can get an idea for how that compares across phones, too. It’s already been widely reported that the Google Pixel 3 speakers are louder, but this should hopefully give you an idea of just how much louder.

As of today, the Google Pixel 3 is starting to ship to customers, and we recently published our full review. Our takeaway from the review was that these front-firing speakers are just one of many reasons they’re both great phones overall and provide the best user experience in the Android space. We also concluded they are some of the best — if not the best — Android phones you can buy.