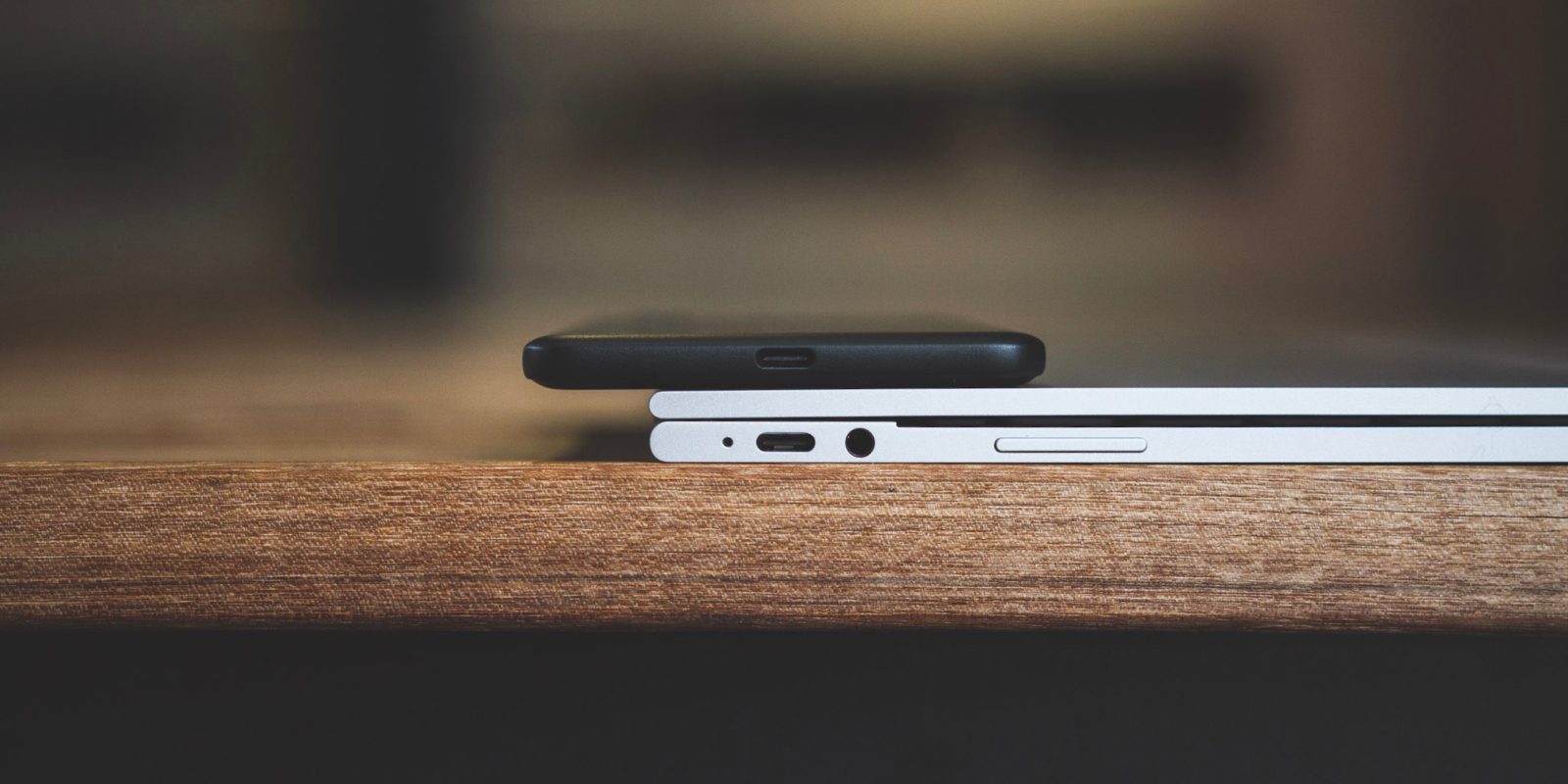 One aspect where Google has lagged behind Apple is in the creation of a coherent ecosystem, where each piece contributes to a greater whole. However, this is beginning to change. With Chrome OS’s “Better Together” initiative, Google promises to connect their laptop and smartphone operating systems. The first step of the plan is being tested now, with Android Messages integration.

Better Together combines a variety of existing multi-device features, like Smart Unlock and Instant Tethering, with new ones, like native Android Messages support, under one banner. Now, as reported by Android Police, the initiative is beginning to appear for some Chromebooks on the Developer update channel.

Located in the Settings app under Connected Devices, the UI is the new home for all existing Android and Chrome OS integration features. The only new feature on display is the Android Messages capability.

While Android Messages was accessible previously on Chromebooks, and could even be installed as a Progressive Web App, the Better Together integration allows the notifications to function normally without keeping an Android Messages tab or window constantly open. 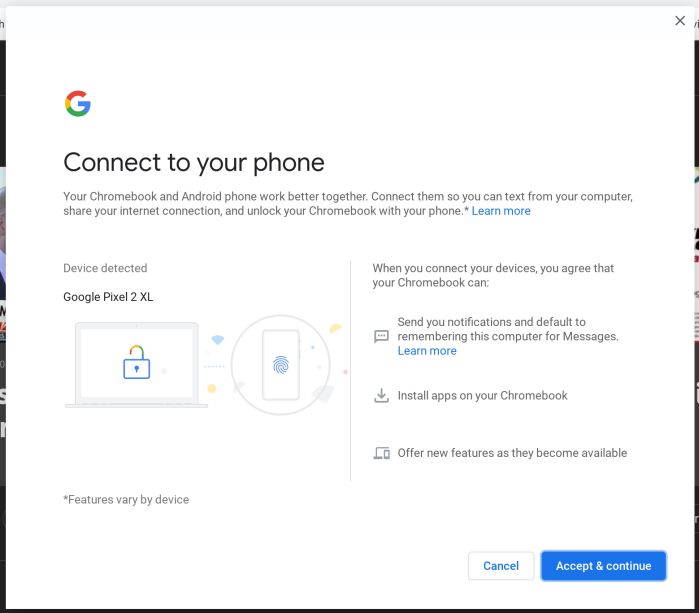 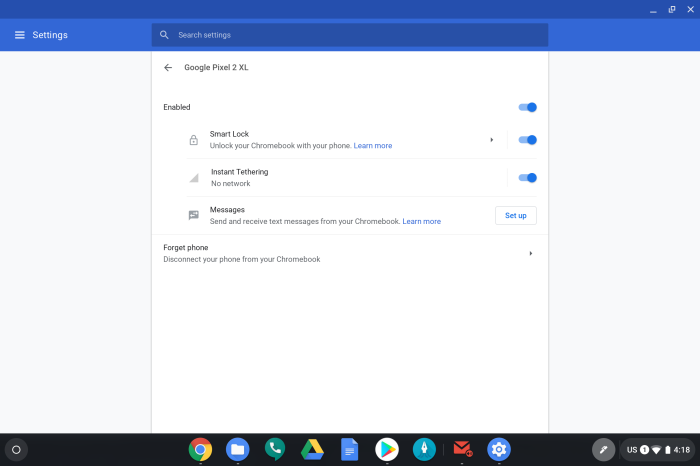 The support is not yet live on most Chrome OS devices. Some had speculated that this could be a Pixelbook exclusive feature, but Chrome Unboxed has received a report of the Better Together setup window appearing on the Samsung Chromebook Plus. Thus far, the only Pixel exclusive is Instant Tethering which works with any Chromebook but only Pixel phones.

It’s not known yet when Better Together will launch, but considering the Google Pixel Slate will launch with Chrome OS 71 and Developer channel is currently on version 71, we very well could see it live when 71 goes stable.

I would greatly prefer it if Chrome OS could display my phone’s notifications in the same way that Wear OS devices do. This would really solidify the Pixelbook as my go-to laptop for almost all situations. However, Android Messages is a good first step in the right direction.