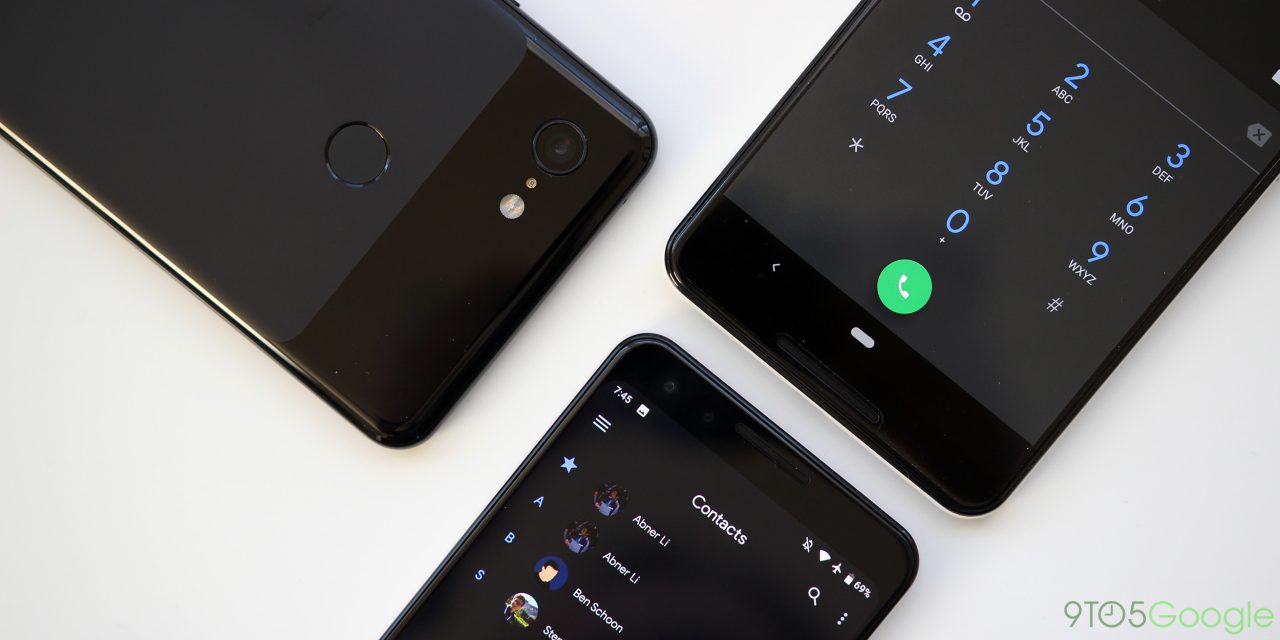 In this week’s top stories: we got an early, leaked look at Android Q with system-wide dark mode, saw Android Pie arrive for the Samsung Galaxy Note 8, and witnessed a surprise early review of the Google Pixel 3 Lite.

Topping the charts this week, leaked build of Android Q showed off the system-wide dark mode, which we’ve all been waiting for. Not only does this system dark mode trigger apps to use their own dark mode, it also seems to be able to force some apps into a darker theme. Beyond that, the Android Q leak demonstrates new refined permissions controls, including allowing apps to only access your location while they are opened.

Many this week were excited to learn that the Android Pie beta for the Samsung Galaxy Note 8 is now available. The launch came as a surprise, as it was only two weeks ago that we reported that the Note 8 could be getting the beta. Galaxy Note 8 owners are now able to try Samsung’s vision for Android Pie on their devices, including all the changes included with One UI.

Those interested in taking the beta and updated One UI interface for a spin can do so via the Samsung Members app. Once you do so you will receive the OTA for Android 9.0 Pie with the firmware version N950FXXU5ZSA5.

In Google Pixel news, a leaked Pixel 3 Lite (looking similar to some of the leaked Pixel 3 phones from last year) got into the hands of a YouTube reviewer who claims that the phone will have a camera comparable to the full Pixel 3. The video gave us our best look yet at the Google Pixel 3 Lite, but, unfortunately, has since been taken down. We’re not sure if this was done by the reviewer or by YouTube.

Under the hood, this Pixel 3 is powered by a Qualcomm Snapdragon 670 with 4GB of RAM and 32GB of storage. This drives a 5.5-inch 1080 x 2160 LCD screen that is likely another cost-cutting measure.

According to the video, this Android 9 Pie device is reportedly launching after Google I/O. That time frame somewhat contradicts a report from late last year noting an early spring 2019 release on Verizon. Meanwhile, the Pixel 3 XL Lite has yet to leak.

Last year, shortly after the launch of the Pixel 3, Google offered free Play Store credit to select Pixel 3 and Pixel 3 XL owners via a banner. This week, Google brought this offer back to a new set of Pixel 3 owners. Check your Play Store for the banner today!

Tapping the banner will redeem the amount with more details provided on the following page, including how the offer is only available for “select participants who have purchased and activated a Pixel 3 or Pixel 3 XL.” For example, I was a recipient of credit in November, but have not been selected for this round.

This week, I shared my personal frustrations with the Google Assistant’s “Pretty Please” feature, which was announced at I/O to be available “as an option.” Yet, when Pretty Please launched at the end of November, it was enabled for all users with no option to disable. Getting “praised” for being “polite” to my in-home AI can be an annoyance that should be possible to disable.

On my part, this was met with an almost immediate behavior change. Now instead of saying “thank you,” I simply say “stop.” Instead of feeling encouraged to speak nicely to my Google Assistant, at least in my case, I learned to become curt.

Capping off the week, we have another bit of Galaxy news, with word coming in that signups are open for Android Pie on the Samsung Galaxy S8 and S8+. These devices are following the lead of the S9, S9+, Note 9, and Note 8 in getting Android Pie beta access.

Galaxy Note 8 users in the United Kingdom and elsewhere on Reddit reported seeing the registration process open up after checking back within the Samsung Members app throughout the course of the day. Whilst we are unsure when the beta will hit US shores due to the differing nature of the Snapdragon chipset — which is exclusive to North American markets — we do expect US users to have the opportunity to sign up for the open beta in the near future.