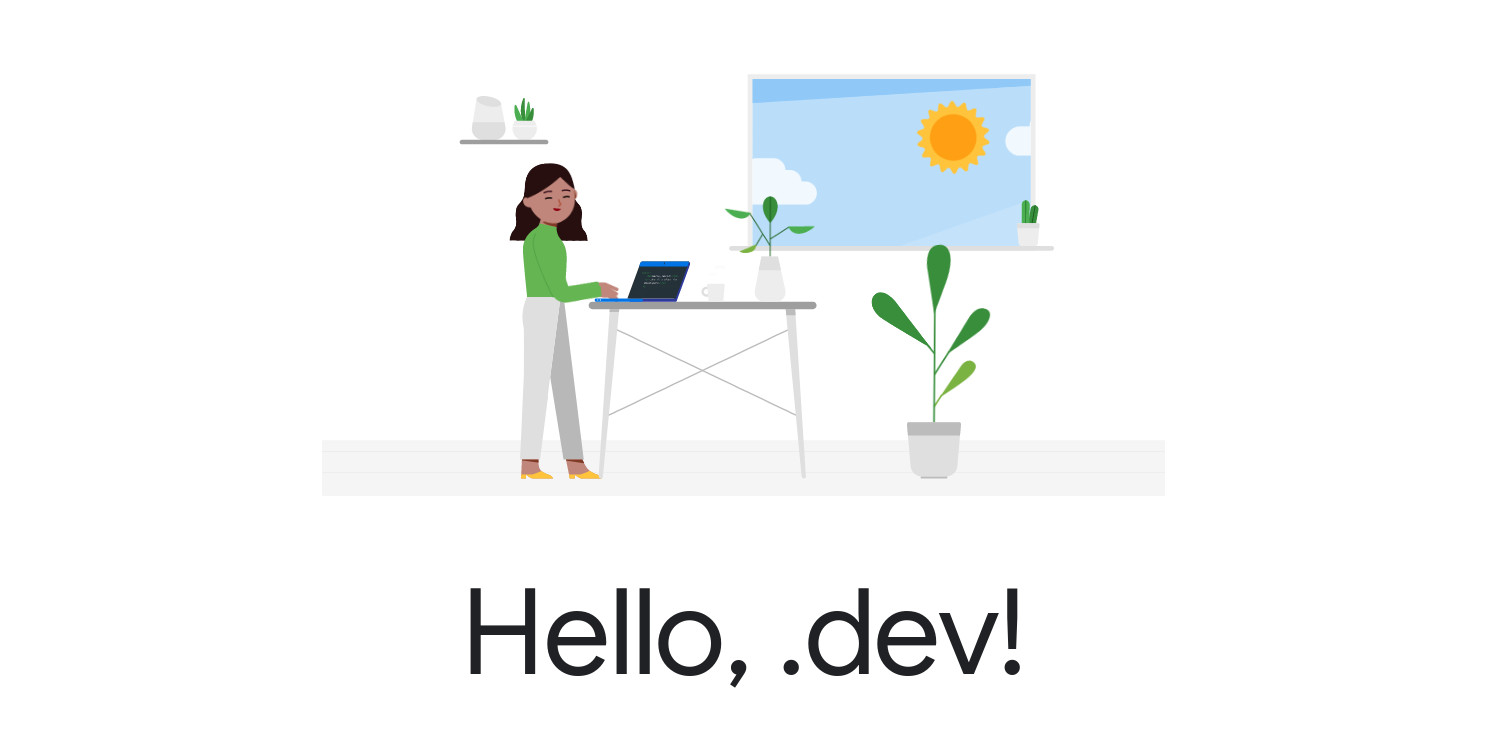 During Day 1 of the 2018 Chrome Dev Summit, among the other announcements shared, one seemed to slip under the radar. Squeezed between the announcement of Web.dev, a new developer resource website, and a demonstration of VisBug, a browser-based visual development tool, was a minor note that registration would soon be open for the .dev top-level domain.

Back in 2015, Google caused some minor outrage in the developer community over their new rights to the .dev top-level domain, as many companies used .dev domains for internal testing websites. Two years later, Google’s acquisition of .dev, and its integration with Chrome and other browsers caused many of these testing pages to refuse to open altogether.

Fast forward to today, Google is now opening .dev, which was previously a private, Google-only top-level domain, to the public starting early next year. From January 16th to February 19th 2019, trademark holders are invited to claim the domain relevant to their trademark. This is obviously to help prevent the purchase of names like Snapchat.dev for malicious usage.

From February 19th through the 28th, an Early Access phase will take place, allowing registration at a higher cost. No number has been set on this price increase, but Google does say that the prices will gradually decrease until General Availability on February 28th.

Update 2/19: Early access registration is now open from a variety of partners, including GoDaddy and Namecheap, allowing registration of .dev domains at a significant premium. You can register a .dev domain today for the low, low cost of $11,000 plus standard $12/year annual fee. If this is just out of your price range, the price will drop to $3,500 tomorrow at 8am PST.

Prices will continue to drop over the coming days until early access ends on February 28th at 8am PST, at which point there will be no additional costs beyond the standard annual fee.

Over a dozen companies have already registered and set up new websites on .dev domains, including GitHub, Glitch, Mozilla, Women Who Code, and Y Combinator.

Update 2/28: Open registration has now begun for .dev domains, making them available to anyone and everyone who wants one for approximately $15/year. Prices, of course, vary from between providers, with the most affordable actually being Google’s own Google Domains service. Google also has a full list of partners offering .dev domains.

As this is a brand new top-level domain, many hard-to-get domain names, such as your first name, are ripe for the picking. But act quickly, as there’s surely someone else eyeing the same name.

Google is, of course, angling the .dev top-level domain for developers, likely in an effort in part to repair a bit of the damage done by originally acquiring the .dev name. And, just like the .app top-level domain launched earlier this year, HTTPS security is on by default.

You can learn more about the .dev top-level domain and get ready to snag your own from the official website.