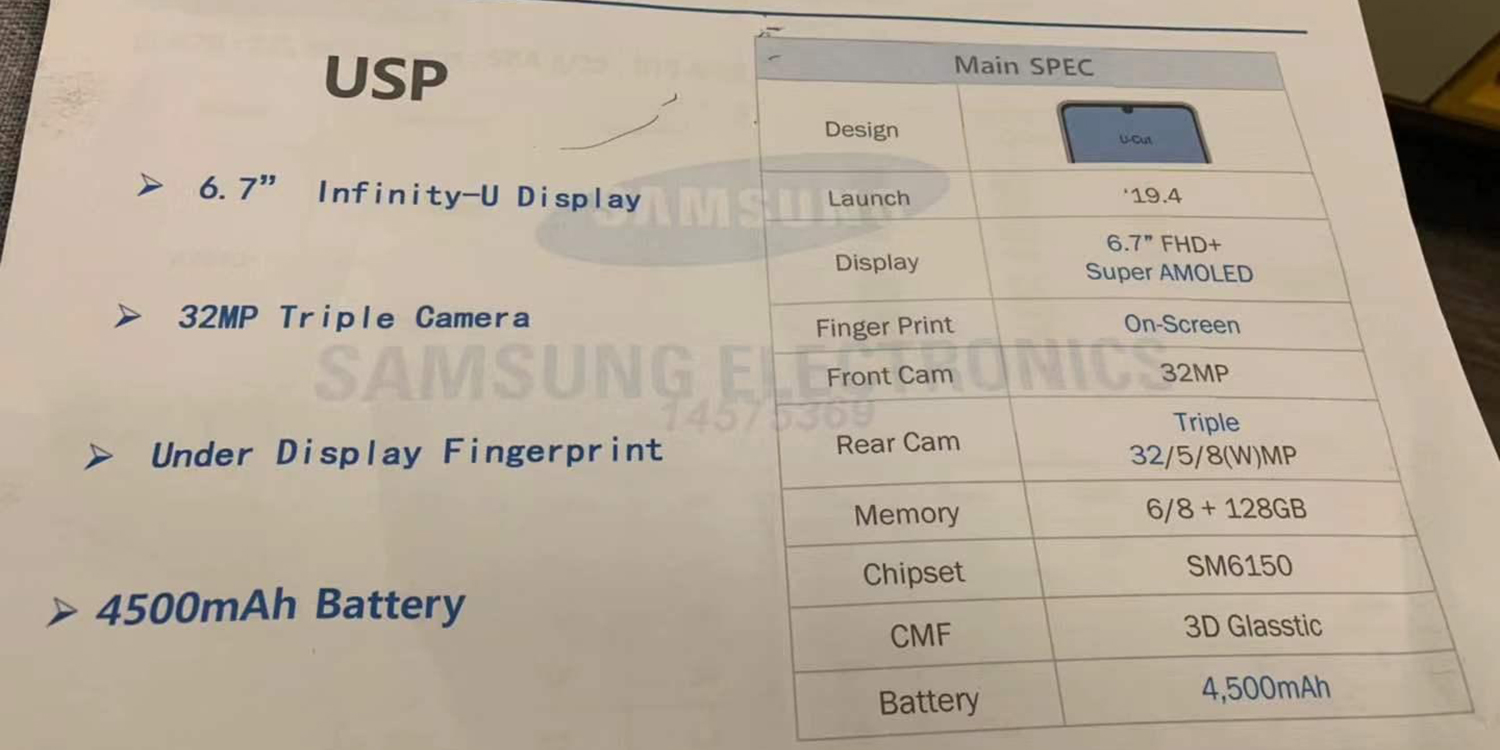 Samsung has a fair few budget and mid-range handsets, but one of the latest upcoming devices in the form of the Samsung Galaxy A60 has leaked courtesy of a device spec sheet.

The device will follow the recently announced Galaxy A10, Galaxy A30 and Galaxy A50 smartphones. The Samsung Galaxy A60 will be the latest addition to the Samsung mid-range.

The leak comes courtesy of Slashleaks and reveals almost all of the device specifications. The photo of the official spec sheet shows that the upcoming smartphone will come with a 6.7-inch Full HD+ Super AMOLED display with a screen resolution of 1080 x 2340.

That display will sport an Infinity-U notch which will be home to the front camera. The Galaxy A60 will have a triple camera setup that will include a 35-megapixel main sensor, a 5-megapixel depth sensor and an 8-megapixel ultra-wide sensor. 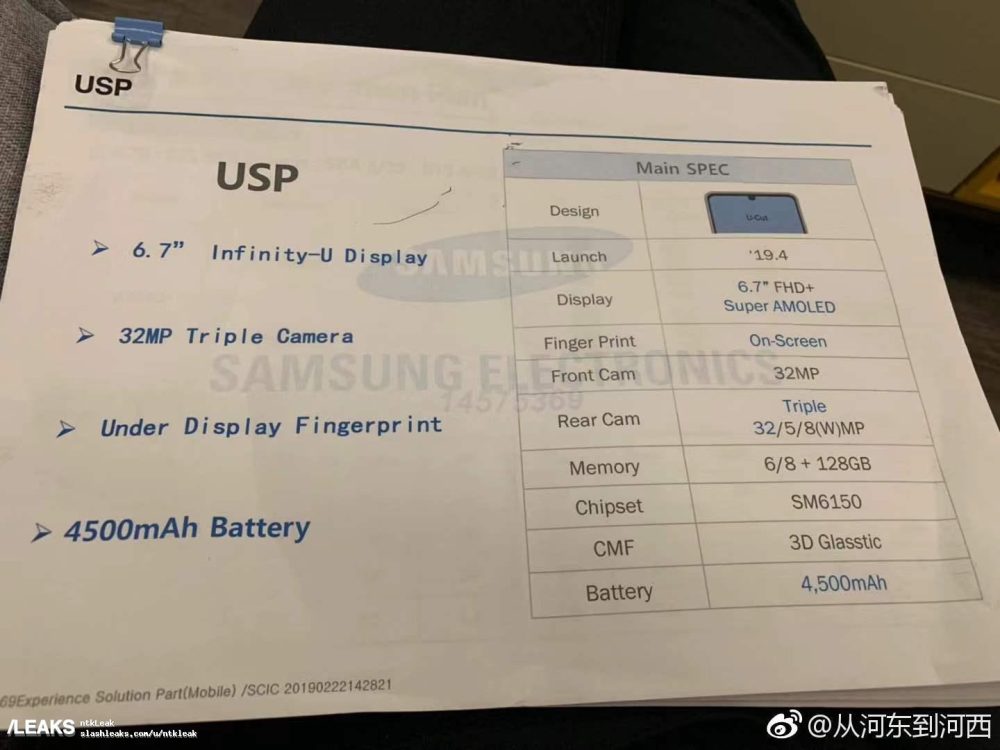 Under the hood, the device will be powered by a Qualcomm Snapdragon 6150 chipset. On the storage end, this smartphone will be available in 6GB RAM and 8GB RAM variants. Both variants will be coupled with 128GB internal storage. As for software, the A60 will come with Android Pie with a One UI flavor.

Like many mid-range devices, the battery comes in at a massive 4,500mAh. Given the size of the FHD+ display, this should be the perfect combination for all-day battery life.

As for the launch date, the device looks set for an Asian release on March 19th, 2019. We have very little information as to whether the Galaxy A60 will be available globally, but with the Galaxy M series heading to the European markets in the near future, we wouldn’t be surprised to see this budget handset head west at some point in 2019.