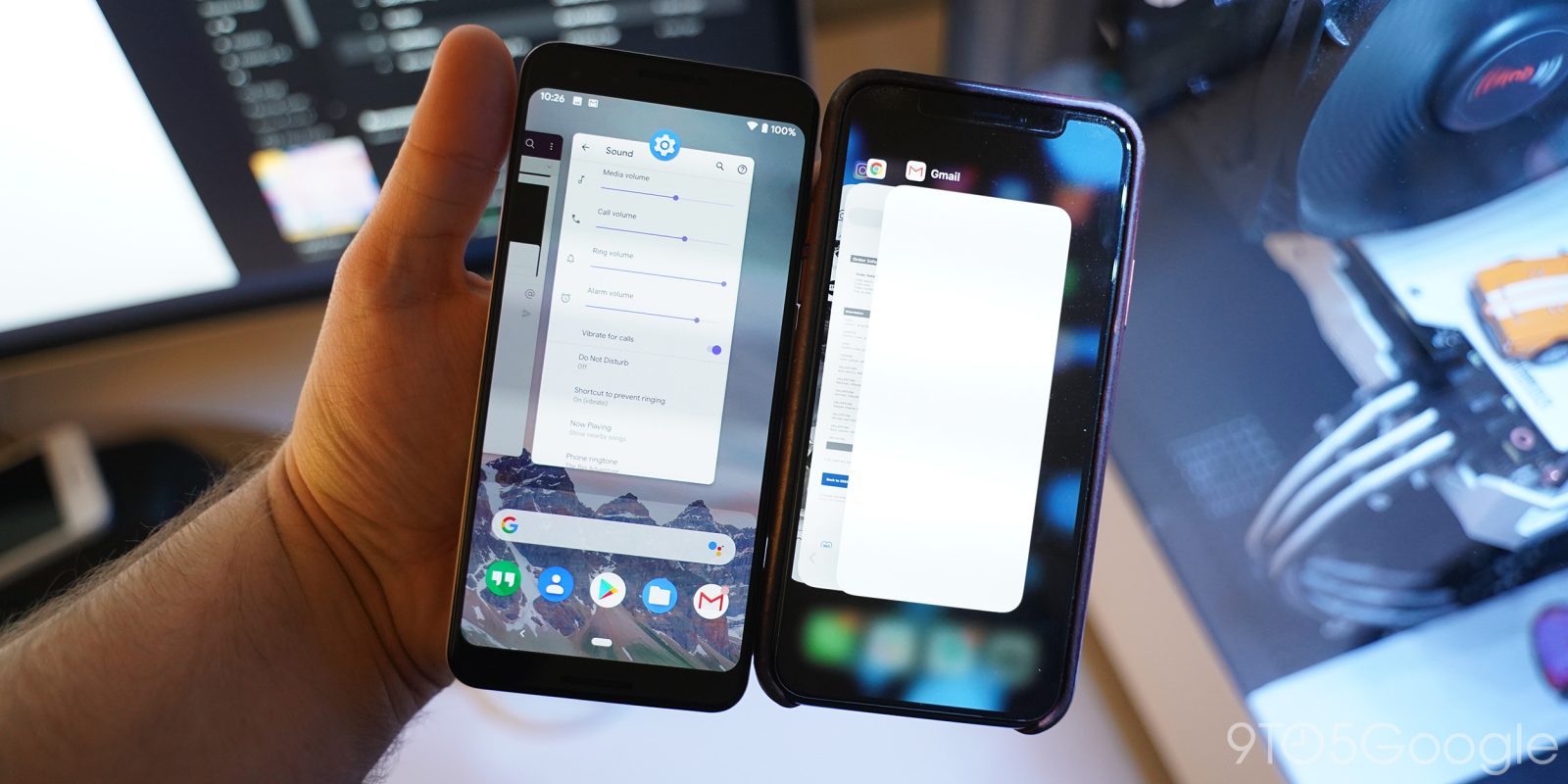 With Android Q having already leaked before today’s beta, one feature spotted ahead of time was full gesture navigation and better multitasking. The former functionality is not yet live in Beta 1, but all users can partially experience the latter today.

Gesture navigation in Beta 1 is unchanged from Android 9 Pie. Users can swipe right on the pill — replacing the old double-tap on Recents — to access their most recently used app.

However, users can now also perform a left-to-right arc gesture from anywhere on the navigation bar to switch apps and see the new transition. Instead of significantly zooming out like on Pie, this new animation retains more of a fullscreen view of the two apps you are moving in-between. Similar to the iPhone X, it feels faster as it requires less time for the new app to fill into the screen.

The zoom-out level is dependent on the radius of your arc. A smaller radius allows for a faster transition, while a tall arc essentially brings users to the Recents menu. The video below progresses from larger arcs to smaller, faster ones.

This animation is similar to what XDA was able to demo last month, but is not activated by interacting with the pill, and likely not finished.  In Beta 1, users have to take care to avoid triggering the back or home button. The animation is still rough as you might notice how the Pixel Launcher search field briefly appears when performing the gesture.

Then again, the take away today should be a preview of the better transition animation. If performed with a short radius, the arc gesture can be more efficient compared to the current swipe of the home pill.