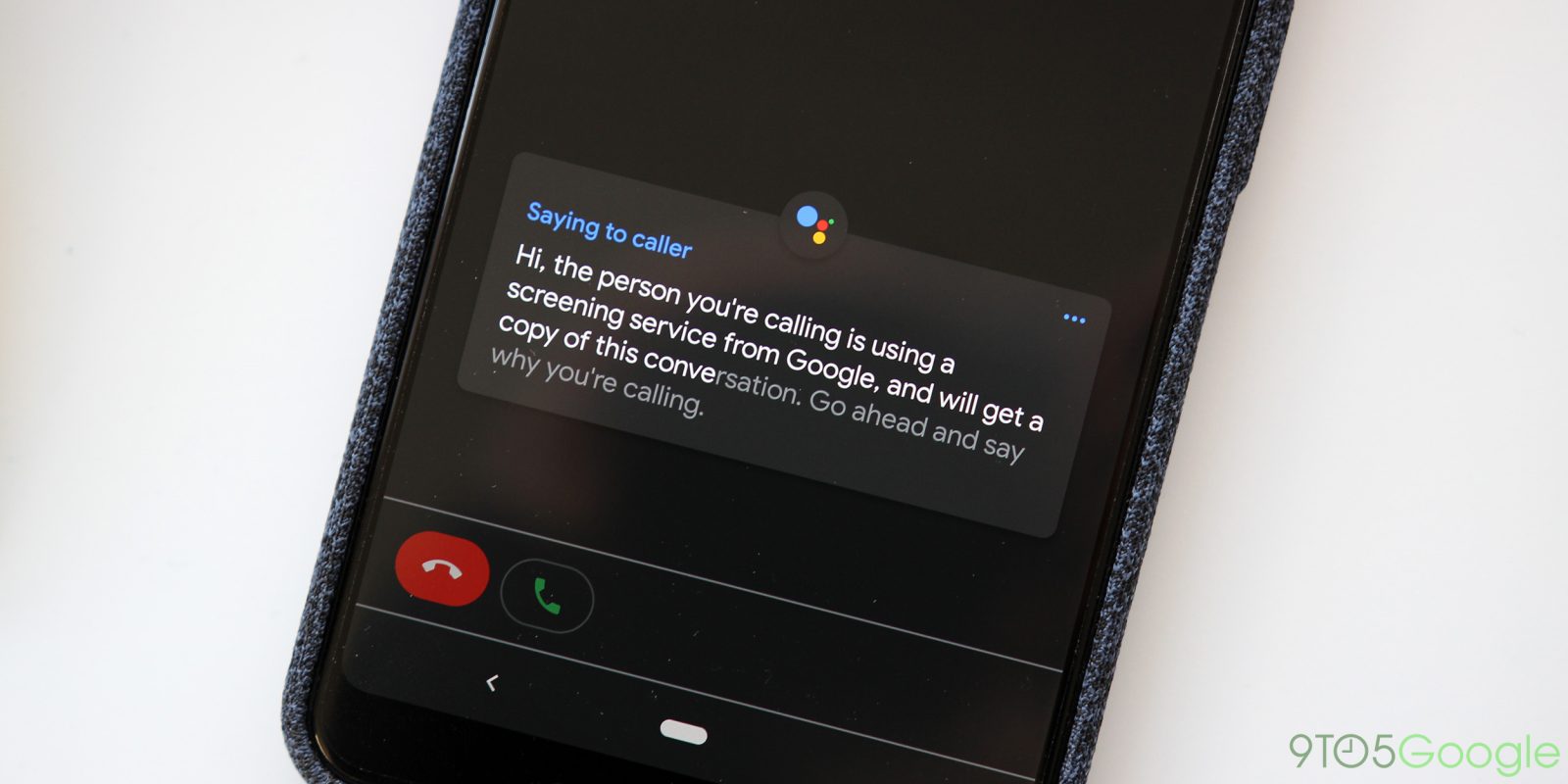 One of the standout features available to all Pixel phones from Made by Google 2018 is Call Screen. In light of increased spam, Google is now bringing a Call Screen beta to Canada.

Starting today, Pixel owners in Canada can opt into the Call Screen beta to first have the Google Assistant interact with an incoming call. Phone notifications will feature a new “Screen call” button to initiate.

Google will disclose the nature of the screening service to the caller and ask that they state their name and intent. So far, this feature only works in English, which might be an issue in French Quebec.

You may have been in a situation where you see an incoming call but you don’t recognize the number. If you’re like me, I pretty much don’t answer these any more as I worry they will be spam. However, that also means you can miss legitimate callers like your kid’s daycare, realtor, or your bank.

A live text transcript — which can now be saved — appears below, but users can also hear the call by tapping the volume up button. As the conversation goes on, you will have the option to accept/end, with live updating text prompt suggestions — like “I’ll call you back later” — for Assistant to speak at the bottom of the interface. There is also the ability to mark as spam.

Call Screen leverages on-device AI for speed, privacy, and battery efficiency. It joins the Google Camera and Now Playing. Google is reaching out to some Pixel 2 and Pixel 3 owners directly via email to join the Call Screen beta. All other users, including the original Pixel and Pixel XL, can sign up by downloading the Google Phone beta via the Play Store.