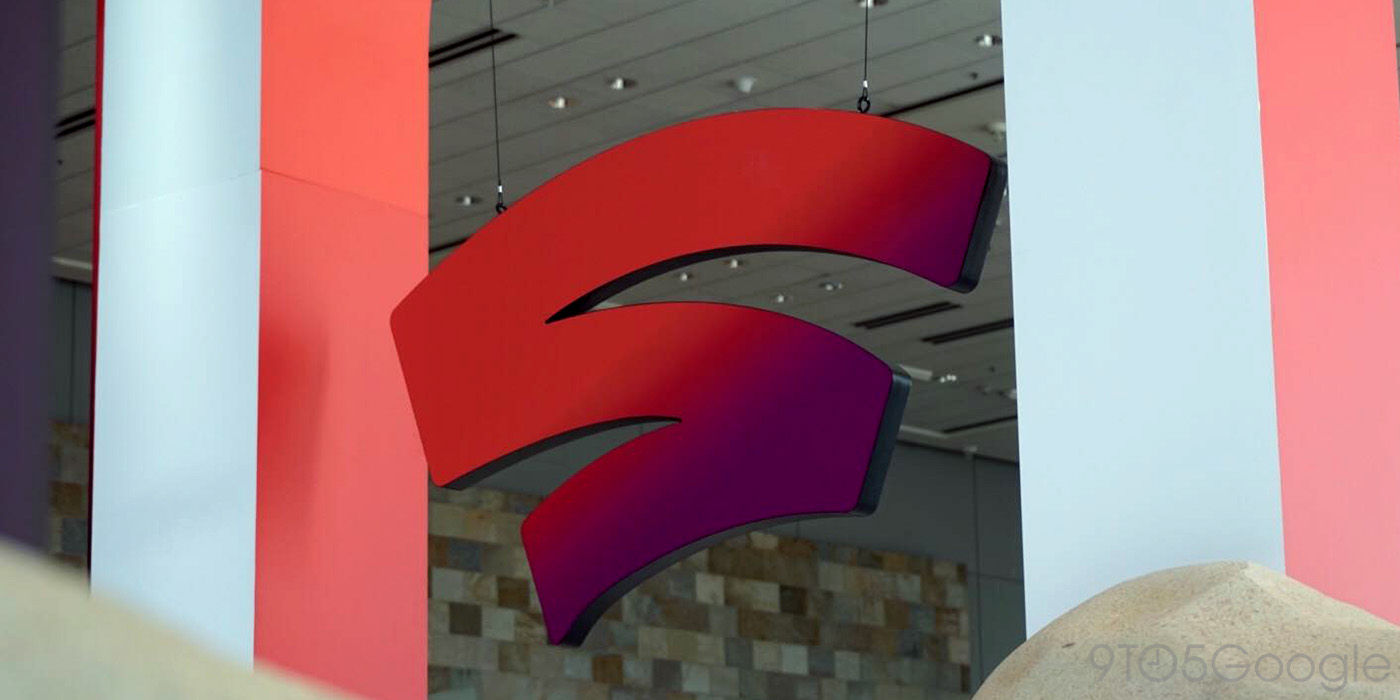 It’s March 19th and the long-teased ‘Gather Around’ Google event has finally arrived. 9to5Google’s Google GDC Event Live Blog + News Hub will be updated regularly throughout the morning with the latest announcements from Google. The event kicks off at 10 am PT/1 PM ET, so read on for quick links to our roundup coverage over the last few weeks, tweets from the ground, and all the latest news as it develops…

How to stream Google GDC event 2019

TL;DR the primary Google YouTube channel will stream the entire event live, and the announcements start at 10AM PST / 1PM EST / 5PM GMT. Google is not also streaming the event on Twitter, like it did with the most recent Made by Google event.

— Thanks for watching and reading the live blog. You can find all the details of everything that Google announced today as we get more things out. Follow us on Twitter for more!

— Stadia will launch in 2019. No word yet on pricing of games nor which games exactly will be launching on the platform. Launching today at GDC seems to be very intended to attract interest.

— Google is also forming its own games studio to build optimized experiences for Google Stadia.

Google has its own games studio to build games for Stadia! https://t.co/pPphQncnBW pic.twitter.com/S5mTfwuD05

— Google has showed off Doom Eternal, coming to Stadia in 4K at 60fps. You’ll be able to see it on the show floor at GDC this week.

Doom Eternal is coming to Stadia in 4K at 60fps https://t.co/pPphQncnBW

— This is big! Google Stadia will be able to stream up to 4K in 60fps to BOTH the device you’re playing on and to YouTube at the same time.

Simultaneous streaming to your own device and YouTube. https://t.co/pPphQncnBW pic.twitter.com/h8tUJ7co9k

Stadia will be able to do 8k at 120fps at some point in the future… https://t.co/pPphQncnBW pic.twitter.com/cnOhZDEbnz

Devices that will support #Stadia. Basically all of them. https://t.co/pPphQncnBW pic.twitter.com/MuQgq6pML1

— Stadia will support basically all the devices that you own. Play with controllers you already own.

— Now Google is demoing this game being played on a variety of devices. Pixelbook, PC, a mobile phone, and a Pixel Slate.

— It’s called Stadia! Sounds like a pretty good name… “One place for all the ways we play”

Lots of money earned by partners… now getting to the gaming platform “I think we can change the game” https://t.co/pPphQncnBW pic.twitter.com/i8QLMr0rRM

— “I think we can build a new games experience” – Sundar

Sundar is on stage talking about how gaming has influenced its work on AI… https://t.co/pPphQncnBW pic.twitter.com/IUgdRfm7Yc

— Sundar is connecting games to AI, how DeepMind is competing, etc.

— Sundar jokes that the Dino game is one of the world’s most-played games!

— Sundar is on stage!

— 5 minutes til the event! Livestream details above.

— So it looks like the clouds of icons all reference different games. For example, Super Mario.

— Ice or crystal pillars of some kind? 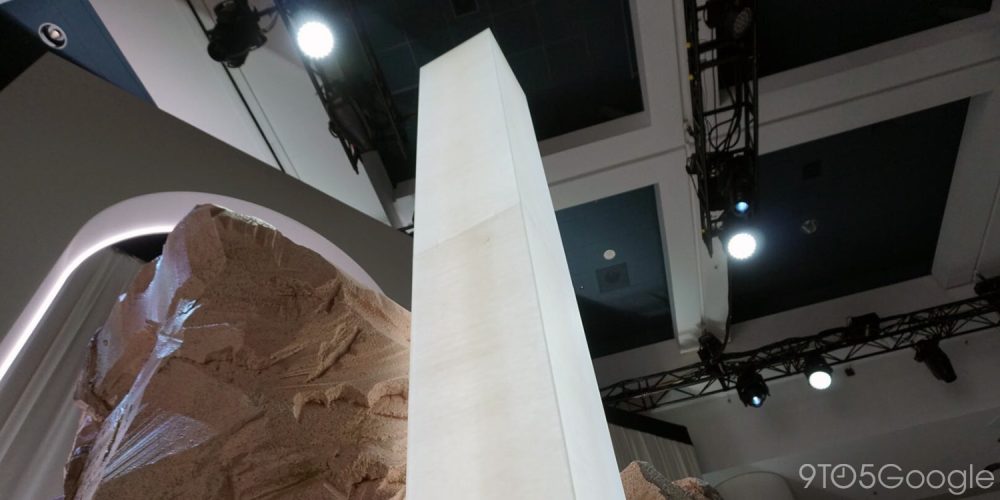 — Lots of images being shown on the screen with various icons. They all show different kinds of games and then they float away.

— Lots of really cool ice.. pillars… in rocks? In the Google GDC event room. The stage looks identical to the one at Made by Google 2018…

— Are these the 5 themes of today’s presentation? 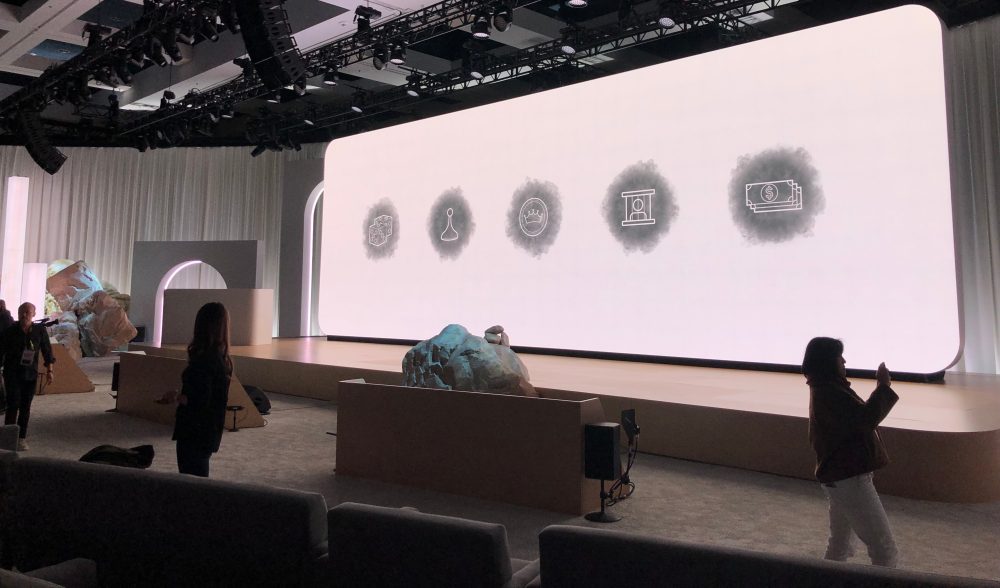 Very cushy couches for press + partners. Google knows how to do this. #GatherAround pic.twitter.com/QDMD96RQJC

— Tim Guy, a creative director at Google, just posted the first image from the inside of the room.

— The lines, both the general admission and reserved press lines, are beginning the line up. 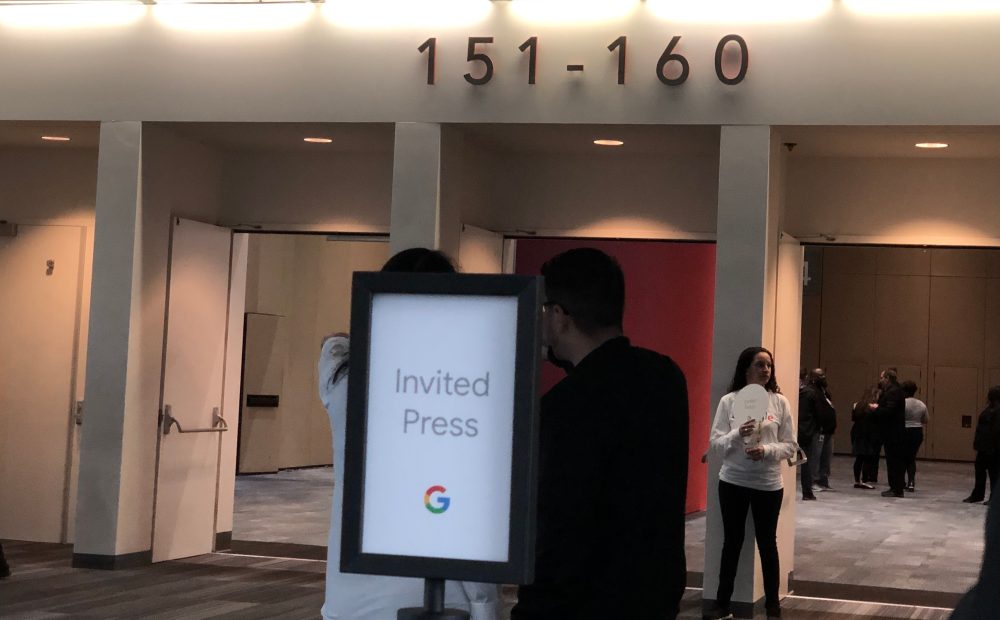 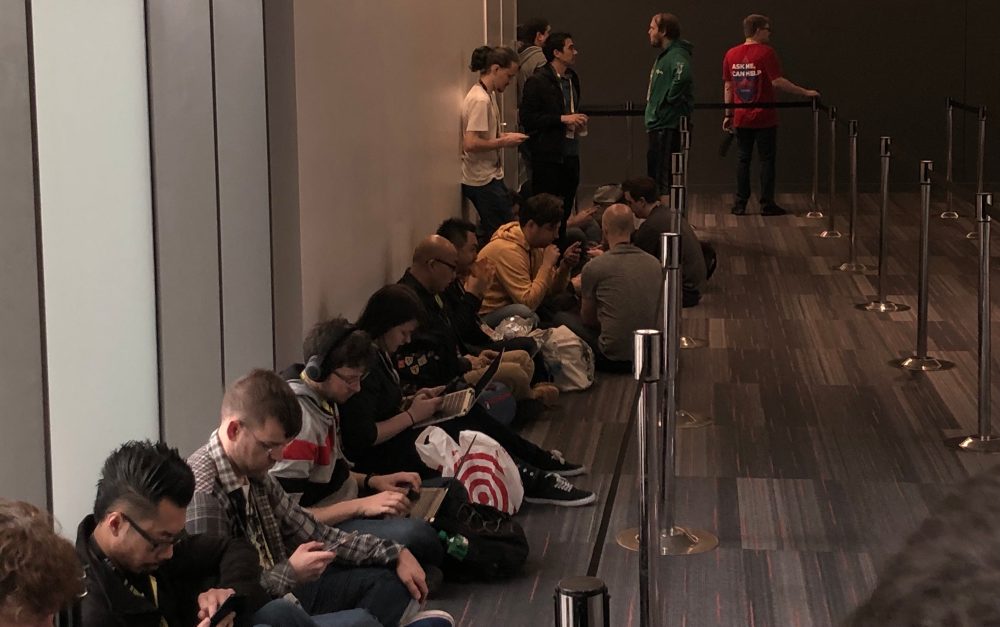 — From yesterday… the mysterious case that will be soon be filled with… something.