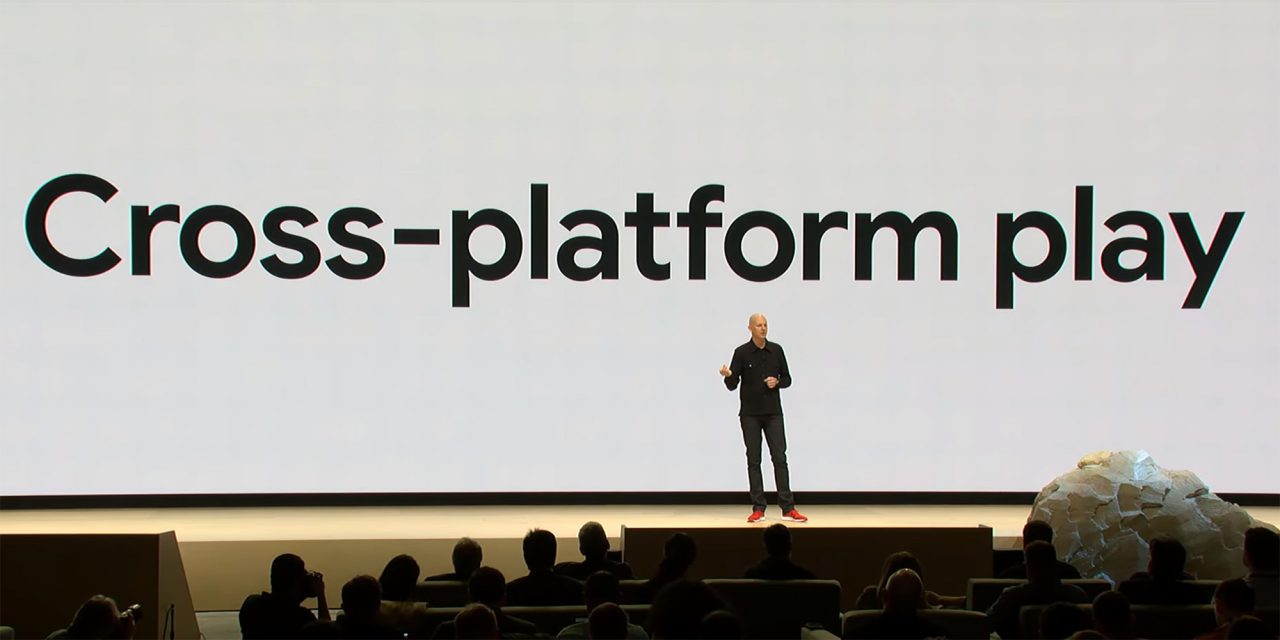 One of the biggest struggles of any new platform is bringing on new users, and that’s especially true with gaming. To help its new Stadia platform take off faster, Google has confirmed that it will be supporting cross-platform play.

Mentioned on stage during Google’s GDC presentation, Phil Harrison confirmed that Google Stadia would support cross-platform play. That includes multiplayer with users on supported games for other platforms.

Further, Harrison confirmed that this cross-platform play will also enable developers to open up their games to bringing save files and progression to their Stadia games from other platforms.

So far, Google’s hasn’t confirmed exactly what other platforms will be supported, but we’ll update this page as soon as that information is available. Stay tuned to our live blog for up to the minute information.