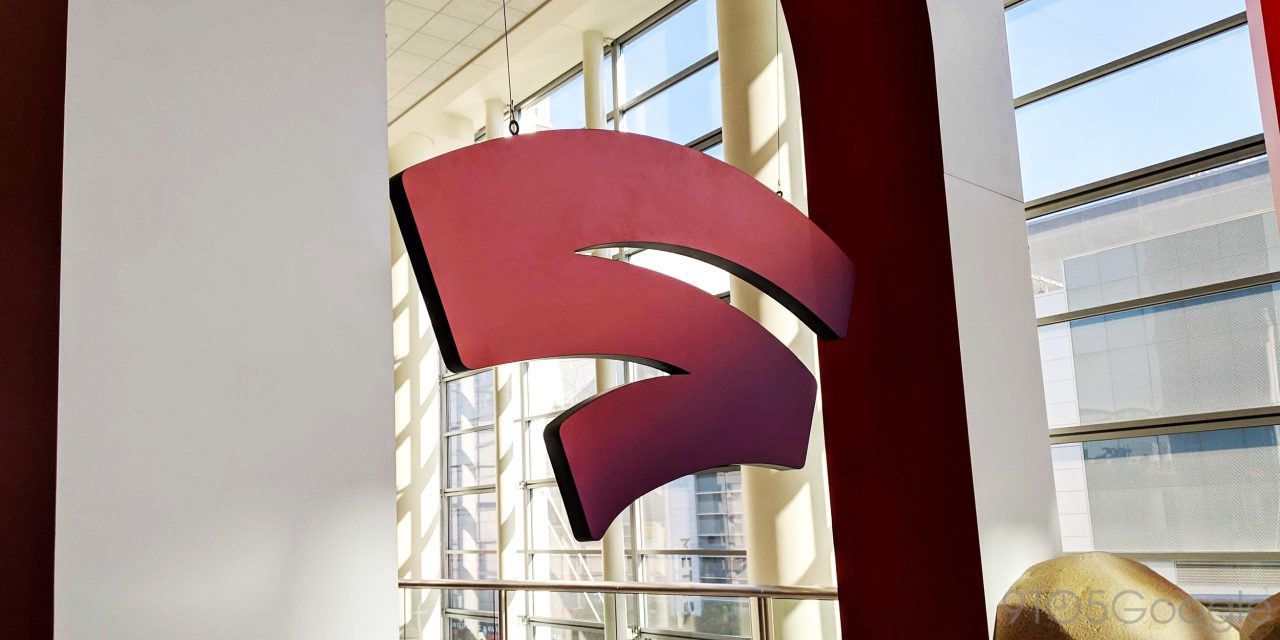 With Project Stream in October, Google’s rumored work on a game streaming service was all but confirmed. At the Game Developers Conference today, Google Stadia was officially announced and will bring console-quality games to Chrome, Android, and TVs.

Streaming games is much more technically complex than audio or video, and requires latency in the milliseconds. What’s being shown on-screen is already incredibly detailed — with movement often taking into account real-world physics — and must accept user input.

Google wants to “build a game platform for everyone,” and make technology widely accessible. According to Sundar Pichai, Stadia is powered by the “Best of Google,” inspired by developers, and amplified by YouTube creators. For developers, Google focussed on three principles: Create + Scale + Connect. Over 100 units of development hardware have been shipped to studios around the world.

Stadia itself is comprised of a custom 2.7GHz hyperthreaded x86 CPUs, while Google also worked with AMD on a custom GPU, which  features 56 compute units. There is 16 GB of combined VRAM and system RAM, with performance rated at 10.7 Teraflops of power. For comparison, the Xbox One X is 6.0 teraflops, while the PS4 Pro is 4.2.

Powered by Linux, it supports the Vulkan graphics API and Google partnered with Unreal to fully support the Stadia platform.

With Stadia, YouTube watchers can press “Play now” at the end of a video, and be brought into the game within 5 seconds. The service provides “instant access” via button or link, just like any other piece of content on the web.

Stadia at launch will be available on desktops, laptops, TV, tablets, and phones. This includes Chrome OS, even though there is no hardware acceleration on devices like the Pixelbook. Seamless switching allows users to move between all devices and save their state. Additionally, Stadia will support cross-platform play for developers and gamers on other consoles.

For TVs, Stadia will work via a Chromecast Ultra. Players can use existing controllers, keyboards, and mice. Google designed its own controller to bring the full Stadia experience.

Stadia supports 4K at 60FPS with HDR and surround sound at launch, Google hopes to get to 8K resolution in the future. This is a step up from 1080p during the Project Stream technical test last October. On the sharing front, Stadia users will be able to share a 4K 60FPS stream directly to YouTube.

A “Crowd Play” feature allows watchers to “Join a game” being streamed, with creators able to manage the queue. As such, YouTube becomes an ever larger discovery platform for gaming. Elsewhere, Google Assistant integration allows users to ask “How do I beat this level” right in Stadia without having to use another device to open a YouTube walkthrough.

Sign-ups for players are available at Stadia.com, with a launch in 2019. It will initially be available in the US, Canada, UK, and Europe. More details are coming this summer, including launch titles.