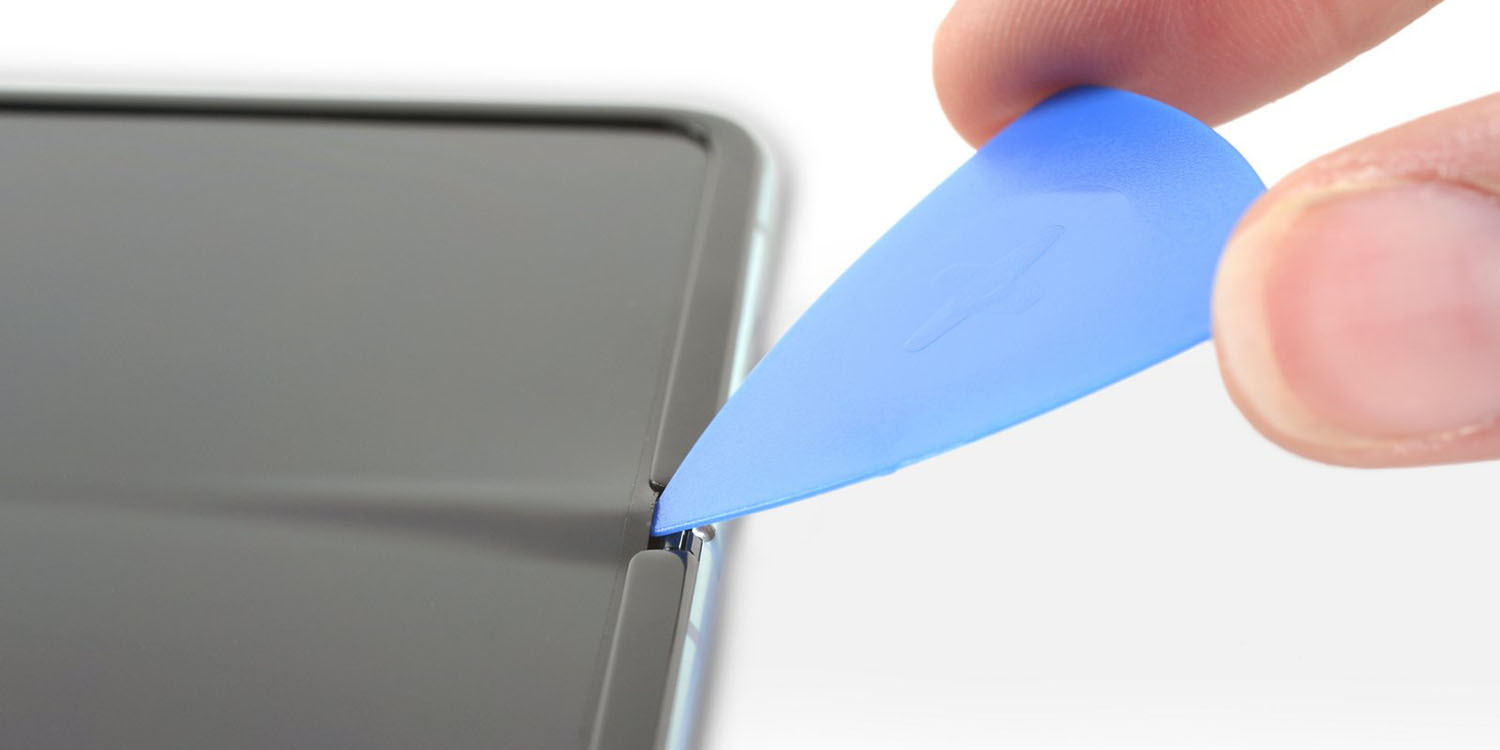 The Samsung Galaxy Fold has an unclear future, but a recent teardown revealed a lot on why the device was having issues. Now, however, it’s looking like Samsung may have requested that iFixit remove its Galaxy Fold teardown.

Just a day or two after reviewers got their hands on the Samsung Galaxy Fold, serious display issues starting popping up left and right. Before those units were sent back, even more issues continued appearing. Clearly, there’s a fundamental flaw with the phone’s design that Samsung needs to put some work into.

In trying to figure out what that flaw might be, iFixit whipped up one of its teardowns on a Galaxy Fold. It revealed that a 7mm gap that could, and probably has, let debris underneath the thin and fragile OLED panel.

To achieve the fold, the thin bezel that surrounds (and protects) the screen leaves a gap where the two halves meet. You don’t notice it until you notice it … And then you can’t help but “test ingress.” Don’t try this at home.

This 7 mm gap doesn’t seem like a huge deal, but it leaves the display exposed—so should something accidentally enter, it’s curtains for the screen.

Now, iFixit has removed its teardown. While it’s not technically under obligation to do so, iFixit has complied with that request and removed the teardown from its site out of respect for its partner which provided the device. This is because Samsung apparently put pressure on that partner to do so. The site says that the teardown received “intense public interest” over the past two days. For obvious reasons, it wasn’t a very good look for Samsung.

We were provided our Galaxy Fold unit by a trusted partner. Samsung has requested, through that partner, that iFixit remove its teardown. We are under no obligation to remove our analysis, legal or otherwise. But out of respect for this partner, whom we consider an ally in making devices more repairable, we are choosing to withdraw our story until we can purchase a Galaxy Fold at retail.