Google on May 7th is widely expected to announce the Pixel 3a and Pixel 3a XL at I/O 2019. The past few days have seen a number of leaks, with the latest revealing that the mid-range phone is already at U.S. retail stores.

Android Police this evening was sent pictures of several Pixel 3a XL boxes at a Best Buy in Ohio. At certain locations, the U.S. retailer will store inventory out in the open. While a customer could ask to purchase the phone today, the transaction would likely be blocked at the register until the official sale date.

While under lock and key, the larger mid-range device is clearly visible in Purple-ish and “Just Black.” Made by Google appears to be reusing that latter name from the Pixel 3, with the white variant featuring an orange power button possibly named “Clearly White.”

The packaging tonight lines up with yesterday’s leak of the Pixel 3a that corroborated Purple-ish, screen size, and suggested pricing. From today’s box, the Pixel 3a XL features a 6-inch display and 64GB of storage with Model G020C. 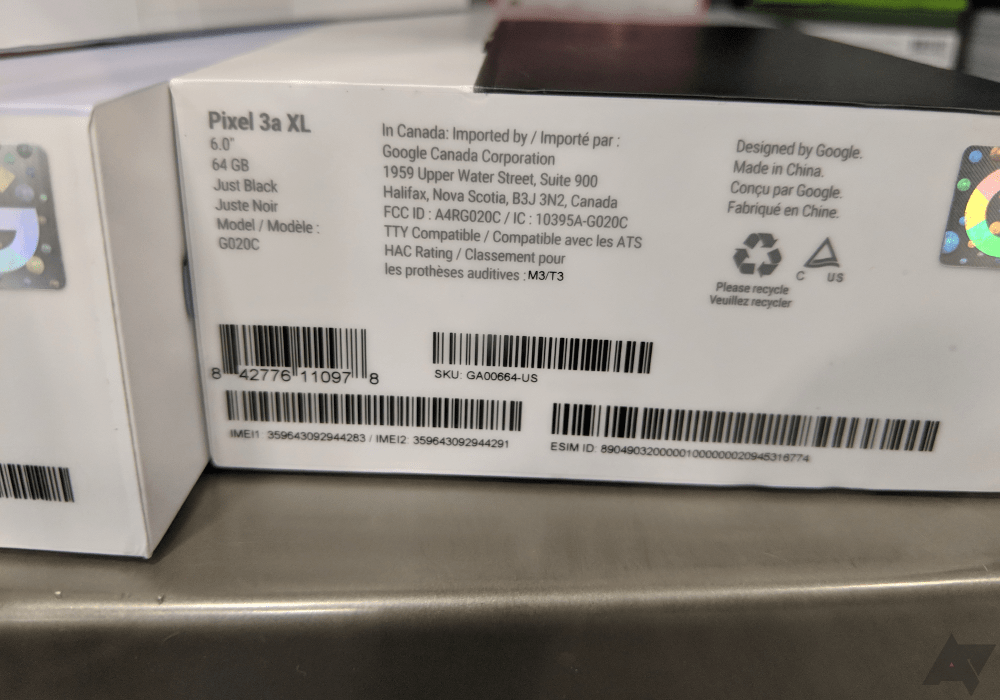 More about Google Pixel 3a: