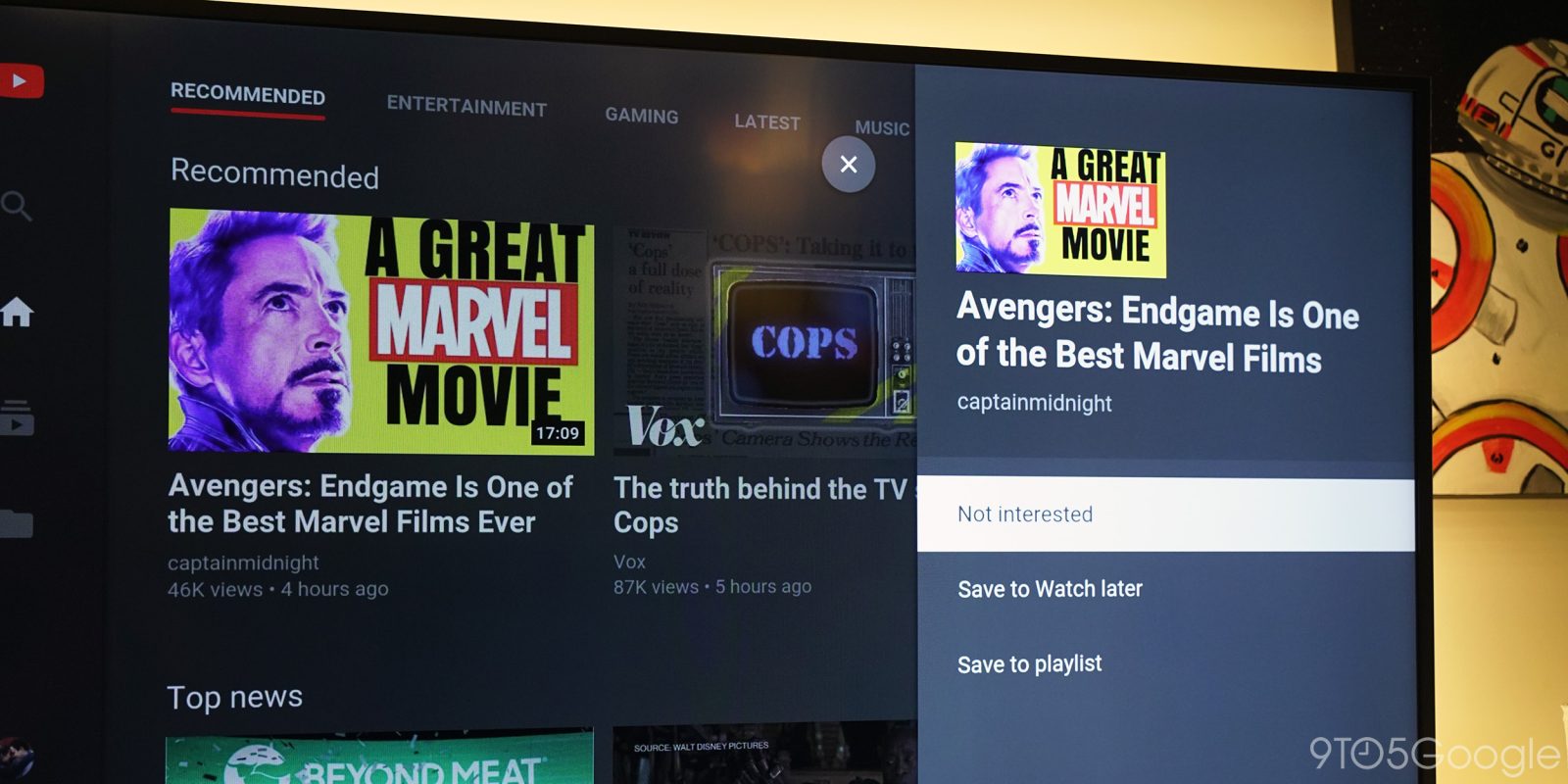 For the past few years, YouTube has been using the same basic application across all TV platforms. This week, the company has quietly rolled out an update to that app which makes it easier to save videos to playlists with a long-press menu, and it seems to be hitting Android TV first.

We first noted on an Nvidia Shield this evening that a new menu has been added which allows users to access video options that, previously, were only accessible when watching the video. A long-press on a video in the subscription feed or home feed on the YouTube app for Android TV reveals the menu which contains playlist options.

The contents of the menu will vary slightly depending on where you access it from, but for the most part, it includes the ability to save a video to your Watch Later playlist or to any other playlist on your account. If you access this menu from the home feed, a “Not Interested” option may also appear for removing that content from the feed.

So far, we’ve only found this feature active on Android TV. Testing on a Roku streaming stick as well as multiple Apple TV devices does not yet show the same functionality. However, because Google uses the same YouTube app across multiple TV platforms, it seems likely this new video menu will eventually show up on the YouTube app for other TV devices as well.

If it’s live for you, let us know in the comments below and tell us which device you’re on.