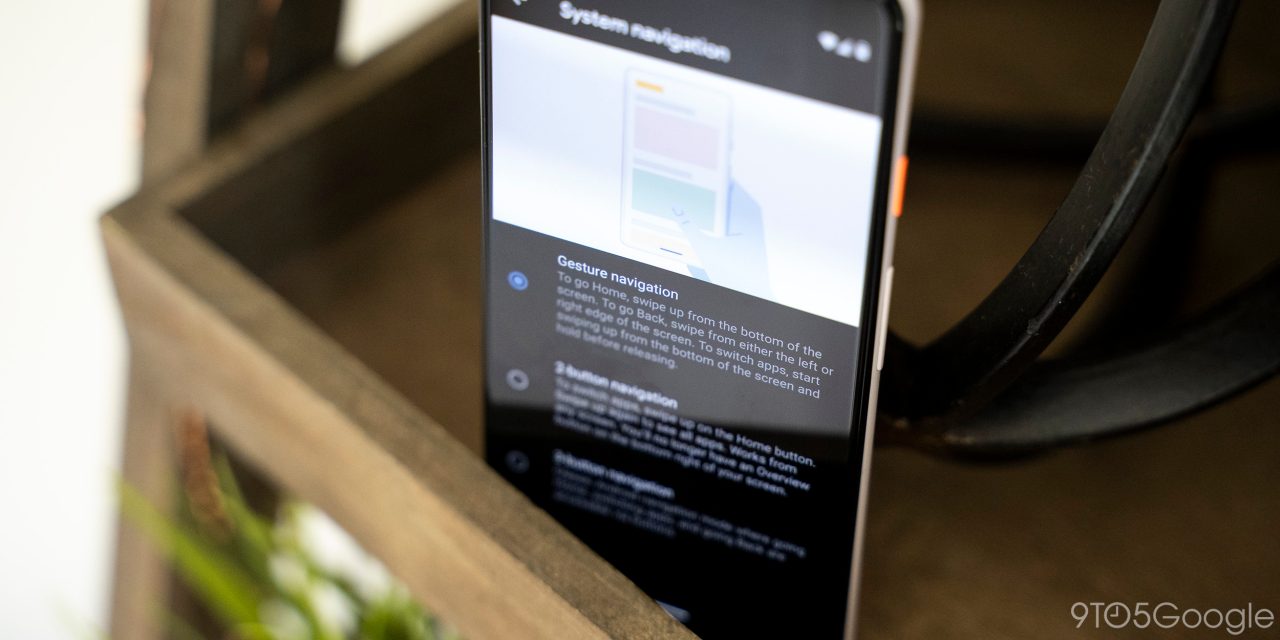 Leading up to Beta 5’s release this afternoon, one of the biggest changes we’ve been watching in Android Q as a whole has been the new gesture navigation. With Beta 5, it’s clear that gestures have been the biggest focus for Google, and that shows in the end product.

‘Gesture Navigation’ gets a simpler name

One minor but welcome change Google has made to gesture navigation in Beta 5 is to call it what it is. No longer is the system referred to as “Fully Gestural Navigation,” but instead as just “Gesture Navigation.” Just for the sake of explaining what version you’re using, this is a step in the right direction for the platform, especially seeing as the 2-button “Pill” gestures are being deprecated.

Animations are more fluid than ever

Adding to the positives in this release, Gesture Navigation feels more fluid. There are fewer janky animations or screen flashes with Android Q Beta 5 compared to previous releases. This improvement is especially apparent in the multitasking menu and in the swipe to go back home.

Accessing your recent apps from the homescreen also seems more reliable. Meanwhile, hitting an icon on the homescreen after just leaving an app works pretty much instantly now. In Beta 4, the animation still had to completely finish.

Best of all, though, the gesture for accessing Google Assistant is smoother and always works. This was one of the least reliable gestures in Android Q’s new navigation, so I’m glad to see that it’s finally working properly.

Despite the positives, there’s one negative in this update. Android Q Beta 5’s Gesture Navigation tweaks seem to sometimes slow down the back gesture considerably. In my side-by-side testing with Beta 4, I’d often see a dramatic difference between the two. Other times, though, the timing would be identical. I can’t nail down exactly why this is the case, but it’s quite annoying. Hopefully, this is something that can just be attributed to a beta being a beta.

Regardless of that one potential negative, Android Q Beta 5 makes a pretty dramatic difference in the overall polish of Gesture Navigation. From a simpler name to better animations, it’s all a step in the right direction.

Now Google just needs to focus on how the back gesture affects apps.