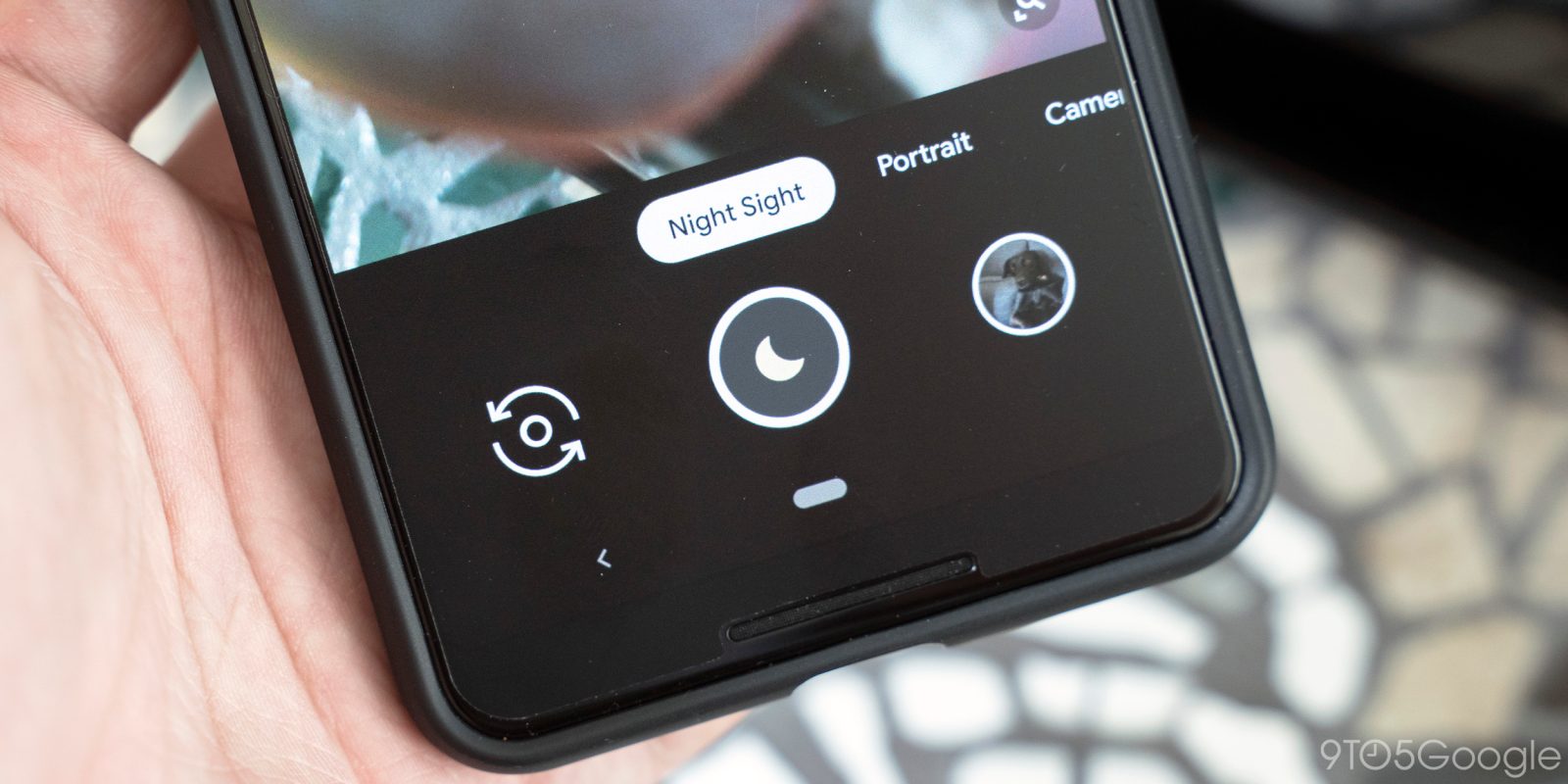 Last month, we had hands-on with a leaked build of Android Q that added back gesture sensitivity settings and a new version of Google Camera that elevated Night Sight to the main UI. Android Q Beta 6 today includes Google Camera 6.3 and all the other tweaks.

Since Night Sight launched late last year, one of the Pixel’s best photography features could be accessed via an automatic suggestion or in the “More” tab. Google Camera 6.3 elevates it to the main interface alongside Portrait, Camera, and Video.

Replacing Panorama, users can swipe right twice to quickly open Night Sight or tap it from the carousel. This is a significant improvement that should improve how often people reach for it. Heading to the grid of modes in “More” was tedious, while the blue Night Sight pill could be disruptive when taking a shot, though it’s still in use. 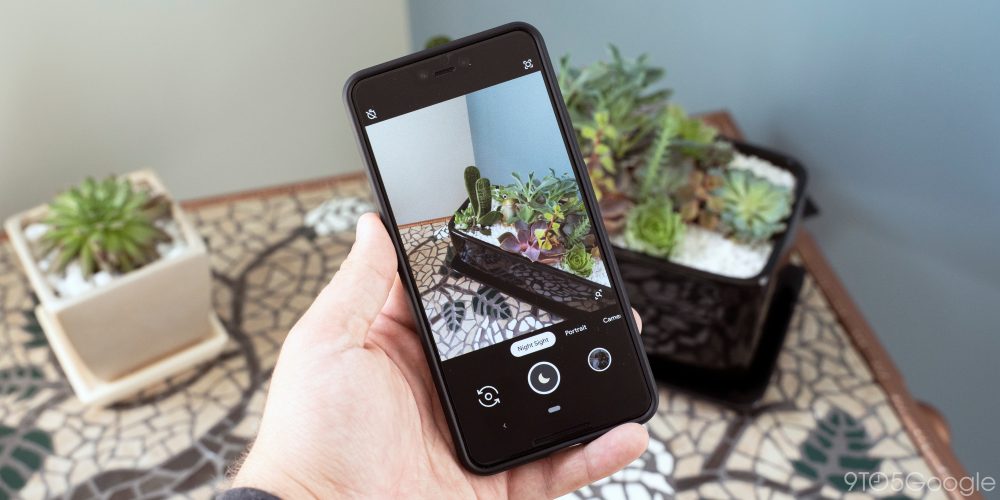 Other changes in this Android Q Google Camera update include the removal of white balance/color temperature controls. The thermometer icon is gone from the top bar with the Auto, Cloudy, Sunny, Fluorescent, and Tungsten modes.

In Portrait mode, the front-facing “Flash” that works by brightening the screen is now called “Illumination.” It’s a more accurate name since there is no actual flash hardware. A lightning bolt icon no longer takes over your screen. Instead, a translucent sepia filter appears with the live camera feed still visible. Controls have been simplified to on/off.

With all Pixel phones getting Android Q when it rolls out this quarter, Google Camera 6.3 looks to be launching with the operating system rather than via a Play Store update. The version we spotted last month (6.3.017.253834016) slightly differs from today’s release (6.3.020.257052613). Q Beta 6 this morning also added the back gesture sensitivity slider.