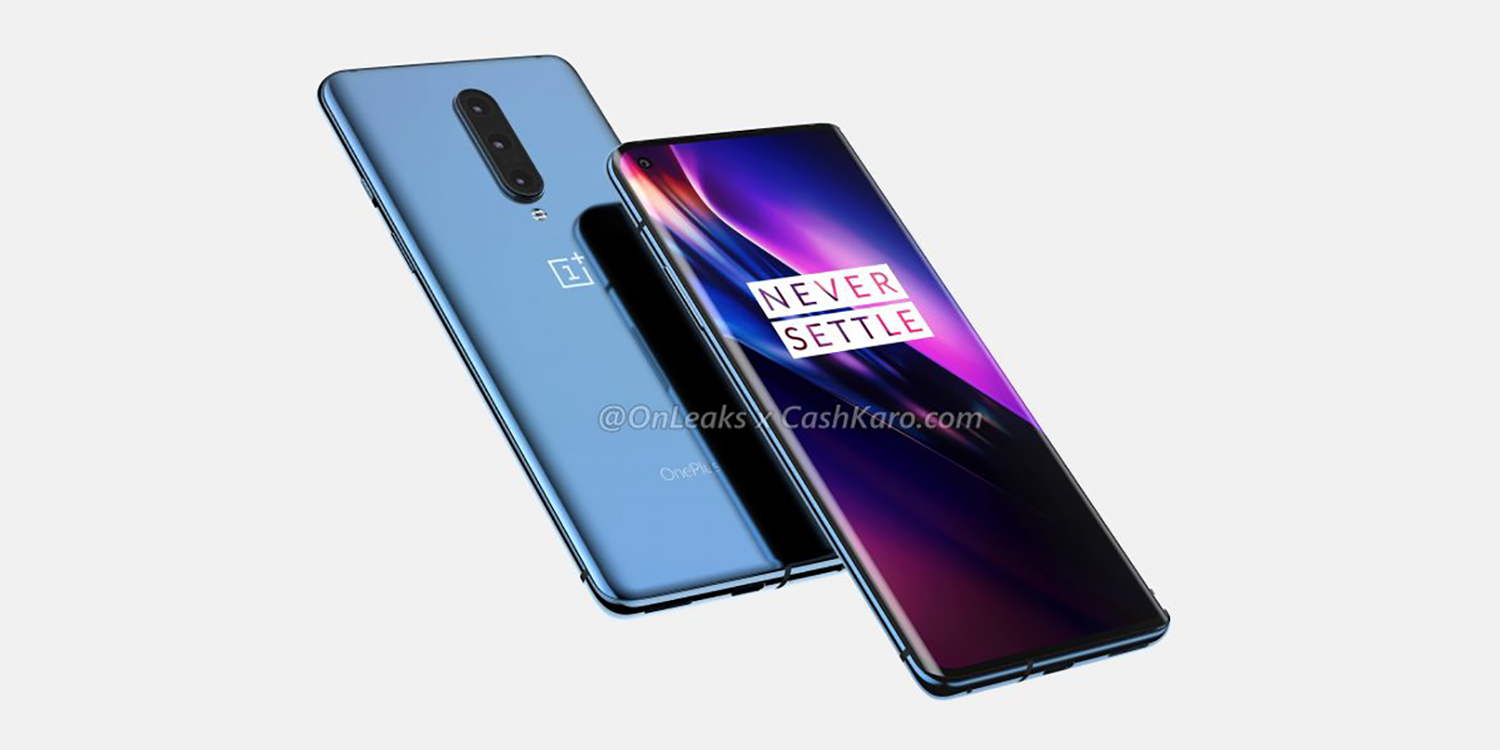 We’re on the very cusp of the OnePlus 7T Pro launch but that hasn’t stopped the OnePlus 8 from appearing in a series of high-resolution renders.

The leaks have come from @OnLeaks in collaboration with CashKaro, which considering his almost unrivaled track record does give them another level of credibility. Arguably the biggest talking point is the familiar design to the current crop of OnePlus Pro models.

It seems as though the OnePlus 8 will be the first mainline OnePlus device to come with a truly curved 6.5-inch display. It won’t, however, include the pop-up selfie camera, instead, it will come with a selfie camera hidden within an upper-left punch-hole display notch.

At the rear, the camera setup mimics the same central line-style setup that we have seen on the OnePlus 7 Pro earlier this year. It wouldn’t be too much of a jump to assume that we’ll see a similar camera setup to the yet-to-be-announced OnePlus 7T Pro.

The OnePlus 8 renders drop major hints that we could see the OnePlus line merge from 2020 after the Pro was introduced earlier this year. That does make more sense from a release perspective but might annoy some fans out there that have not been fans of the Pro models thus far.

Like any OnePlus device, we would expect only high-end internals. That will mean the newest Snapdragon chipset, at least 8GB of RAM and superfast UFS 3.0 storage as standard. We must reiterate that this is only speculation on our part, as details are very scant at the moment.

It looks like the flat display on a OnePlus smartphone might be dying with the OnePlus 7T — which is a real shame. What are you thinking now you’ve had a potential glimpse at the 2020 OnePlus? Let us know down in the comments section below.