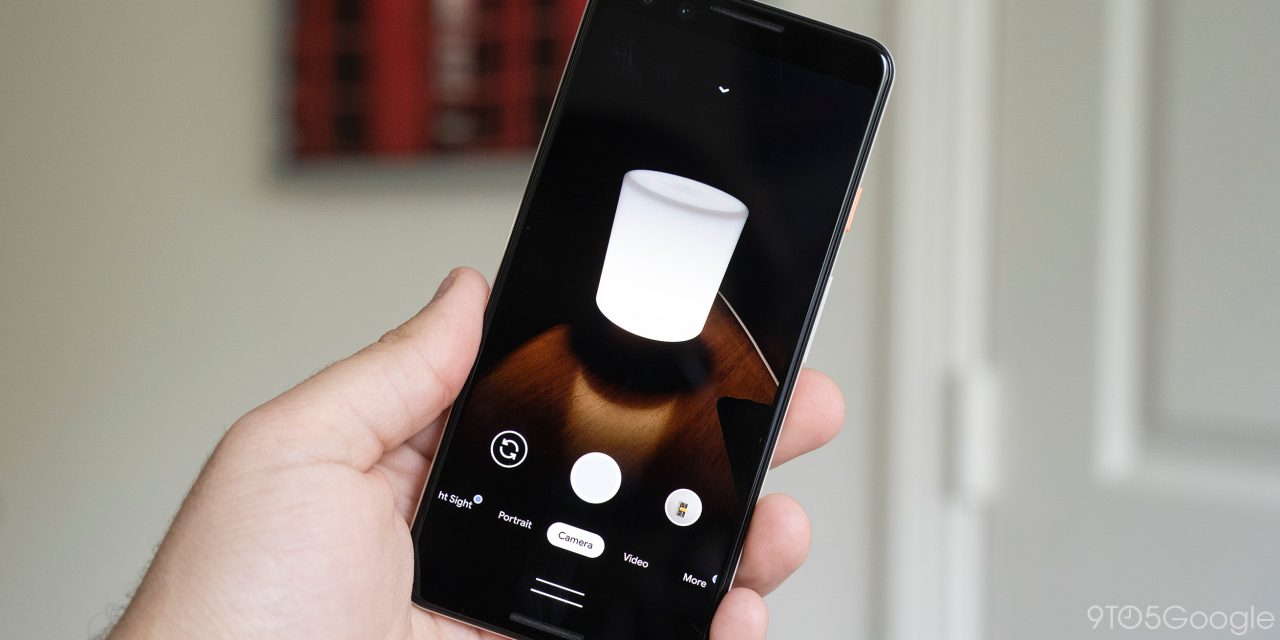 Back in September, the Camera app found on the Pixel 4 and Pixel 4 XL leaked. We now have access to Google Camera 7.1, which should be a near-final version ahead of next week’s announcement at Made by Google 2019.

The big change in 7.x sees Google opting for a more fullscreen UI that provides a larger live camera preview depending on the ratio (4:3) you’ve selected. The mode carousel has also been moved to the very bottom of the screen to provide more space.

No longer a dogfood, or early preview meant for Googlers, Camera 7.1 is much more stable. The app icon lacks a paw, while transitions are smoother and features fully fleshed out. For example, there’s a “Swipe for options” overlay after you update that prompts you about the reorganized controls.

As previously leaked by tutorials, Google Camera 7.1 adds a new Social Share functionality. The preview thumbnail in the bottom-right corner allows you to swipe up to get a list of three social media apps. The full image opens in the background as the panel opens with users able to customize what apps appears from settings.

Quickly share photos on social apps right from Camera. Choose up to 3 apps. Social apps will be available when you open Camera from the lock screen.

Similarly, the ability to hold down on the shutter button in the main camera UI to quickly record a video is now live. It was previously broken in 7.0 and crashed the dogfood app.

“Photobooth” is no longer a dedicated mode under the “More” tab. Instead, using the front-facing camera and sliding down for timer reveals a new “Auto” option alongside Off, 3, and 10 seconds. The shutter button changes to the same star icon used by the Google Clips-inspired feature before.

In using Night Sight on a Pixel 3, we’ve noticed an “Astrophotography on” pill at the top of the screen. We’ve yet to test it out on the night sky.

In Settings, “Framing hints” for “taking better photos” is live and can be tested by taking a selfie from below: “Raise camera for a better angle.” The “Save selfie as previewed” option has been moved from the “Advanced” menu to the main one in Google Camera 7.1.

For what’s coming next, be sure to read our APK Insight on Google Camera 7.1 and download the new version here.