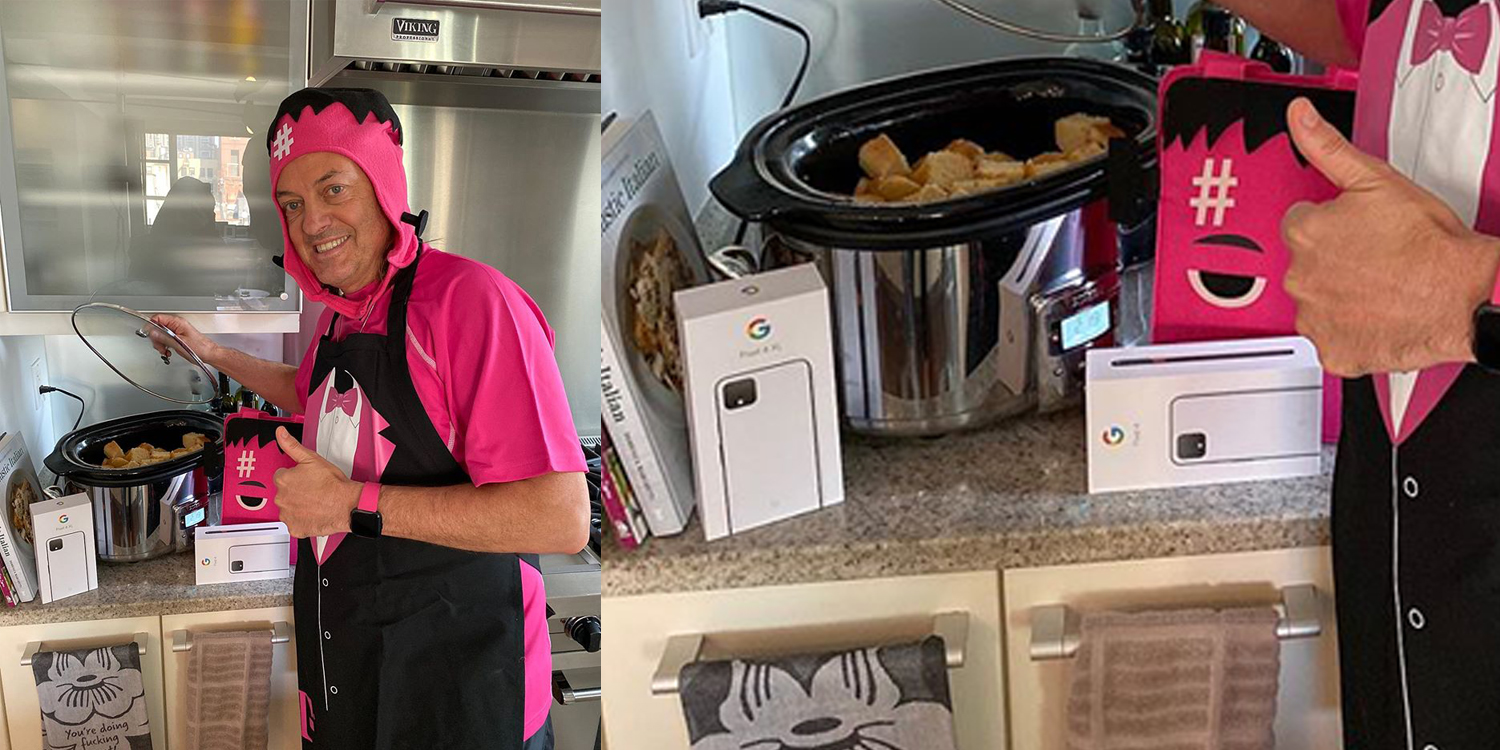 The T-Mobile US CEO John Legere has essentially confirmed the Pixel 4 will come to the carrier via a series of not-so-subtle Facebook and Instagram posts.

The post in question seemed innocuous at first but the presence of a retail box of the Pixel 4 and Pixel 4 XL alongside the T-Mobile US CEO is outright confirmation that we’ll see the devices on the network after the official launch tomorrow.

Of course, we’ve seen the retail packaging leak already, so there’s nothing new there. The news here is that T-Mobile will stock the device likely on launch.

Legere’s hashtag-littered post reads: “Thankenstein 🧟‍♂️here to tell you that 🍞bread🍞 pudding is INN!! Head over to my fb to see how it’s made! Anyone notice any interesting props during the show?😏 #SlowCookerSunday #CEOlife #Google #TMobile #NationalDessertDay”

During a Facebook live stream, Legere also gave us copious glimpses of the Pixel 4 retail packaging with obvious placement in and around what looks like his home kitchen. His cooking skills still leave a lot to be desired though.

At no point do we get to see the device itself though. Instead, the retail packaging is the only major hint dropped by the company head throughout his near-15 minute live stream over on Facebook.

Thankenstein 🧟‍♂️here to tell you that 🍞bread🍞 pudding is INN!! Head over to my fb to see how it’s made! Anyone notice any interesting props during the show? 😏 #SlowCookerSunday #CEOlife #Google #TMobile #NationalDessertDay

It’s great for any of you out there reading that might want to upgrade to the next-generation Pixel devices. Plus, we don’t have much longer to wait to see the handsets in the flesh.

What carrier are you planning on picking up the Pixel 4 on? Is T-Mobile near the top of your list? Let us know down in the comment section below.