Google announces the Pixelbook Go in Just Black and Not Pink, starting at $649 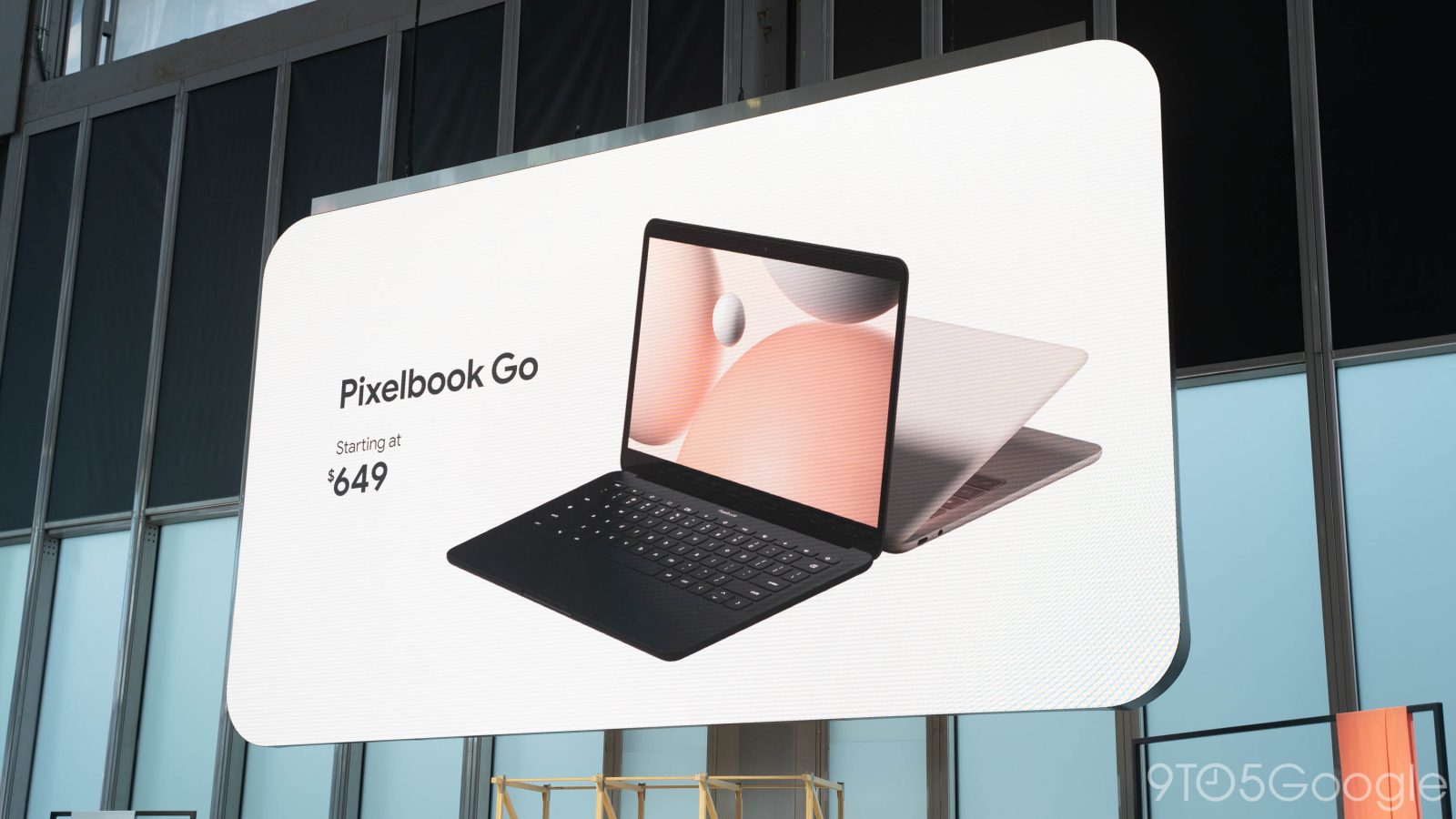 For years, Google has been the driving force behind Chrome OS, making expensive, but visionary hardware to light a fire under other OEMs to compete, with the Google Pixelbook being the case in point. This year, Google is making their vision for Chrome OS hardware accessible to buyers of all varieties with the Google Pixelbook Go, starting at $649, and also offering high-end upgrades like a 4K display.

Looking over the exterior newly announced device, the “rippled, wavy bottom” immediately stands out — especially in the bold coral color of the Not Pink colorway. This textured underbelly is designed to make the Pixelbook Go easy to grip in a way that wouldn’t make sense on a tablet or convertible.

More excitingly, once you open the clamshell, you’ll find the real pearl of the Google Pixelbook Go, two huge front-firing speakers that run along either side of the keyboard. These should pack quite a punch and are another way that Google has made the most of the clamshell form factor.

Like almost every other laptop, the Pixelbook Go features a front-facing camera, which Google has taken to dubbing the “Duo Cam,” putting further emphasis on their Facetime competitor Google Duo. The name is especially telling in this case though, as it has a simple 2 megapixel sensor, which is at least enough to offer 1080p video at 60 frames per second.

Under the hood, the Pixelbook Go is nearly identical to the Pixel Slate, offering the same Intel processor options ranging from the Core m3 to the Core i7. Where the Google Pixelbook Go sets itself apart internally is the option to have 16GB of RAM on a Core i5 model, creating a fantastic upper-mid-range option that Google’s Chrome OS devices have been missing.

The Google Pixelbook Go will also have an optional feature that is currently only found on one other Chromebook, a proper 13.3″ 4K Ultra HD “Molecular Display.” While it may seem excessive to have a 4K display on a Chromebook, you’ll be able to put it to good use once the Google Stadia game streaming service launches on November 19th. However, unlike Google’s past Chromebooks, the Pixelbook Go uses a 16:9 display ratio, as opposed to the traditional 3:2.

By offering different processor, RAM, and display options, there is sure to be a Pixelbook Go that is perfect for your needs and for your budget. Even the most stripped down option — featuring a Core m3 processor, 8GB of RAM, 64GB of storage, and a Full HD 1080p display — will look and feel like a Pixelbook should, while only setting you back $649. This is a steep price cut from the Google Pixel Slate’s already-discounted base price of $799.

The Google Pixelbook Go is available for pre-order now in the US in Just Black, while Not Pink will be available likely sometime after launch. Pre-orders in the UK will go live sometime in January.