‘Works with Chromebook’ branding shows up on Anker accessory

Apple’s “Made for iPhone” and associated branding initiatives over the years have helped consumers in big ways when it comes to buying accessories and, over the past few years, we’ve seen Google do something similar for its products. Now, it appears that Google might be starting a new “Works with Chromebook” initiative.

The Anker PowerPort Atom is a tiny USB-C charger that pushes out 30W of power over USB Power Delivery. That’s the standard most Chromebooks work with and that amount of power – while below the 45W seen on Google’s Pixelbook/Go – is enough to charge up most Chromebooks. It’s also very affordable at just $30 or so.

Discovered by our friends over at ChromeUnboxed, this Anker charger was spotted at a Best Buy location with a mysterious new sticker attached. A “Works with Chromebook” sticker appeared on the packaging for this device. To be clear, it’s not confirmed by any means that this is a new initiative Google has started, but the sticker’s design definitely seems like it could have come from the company. 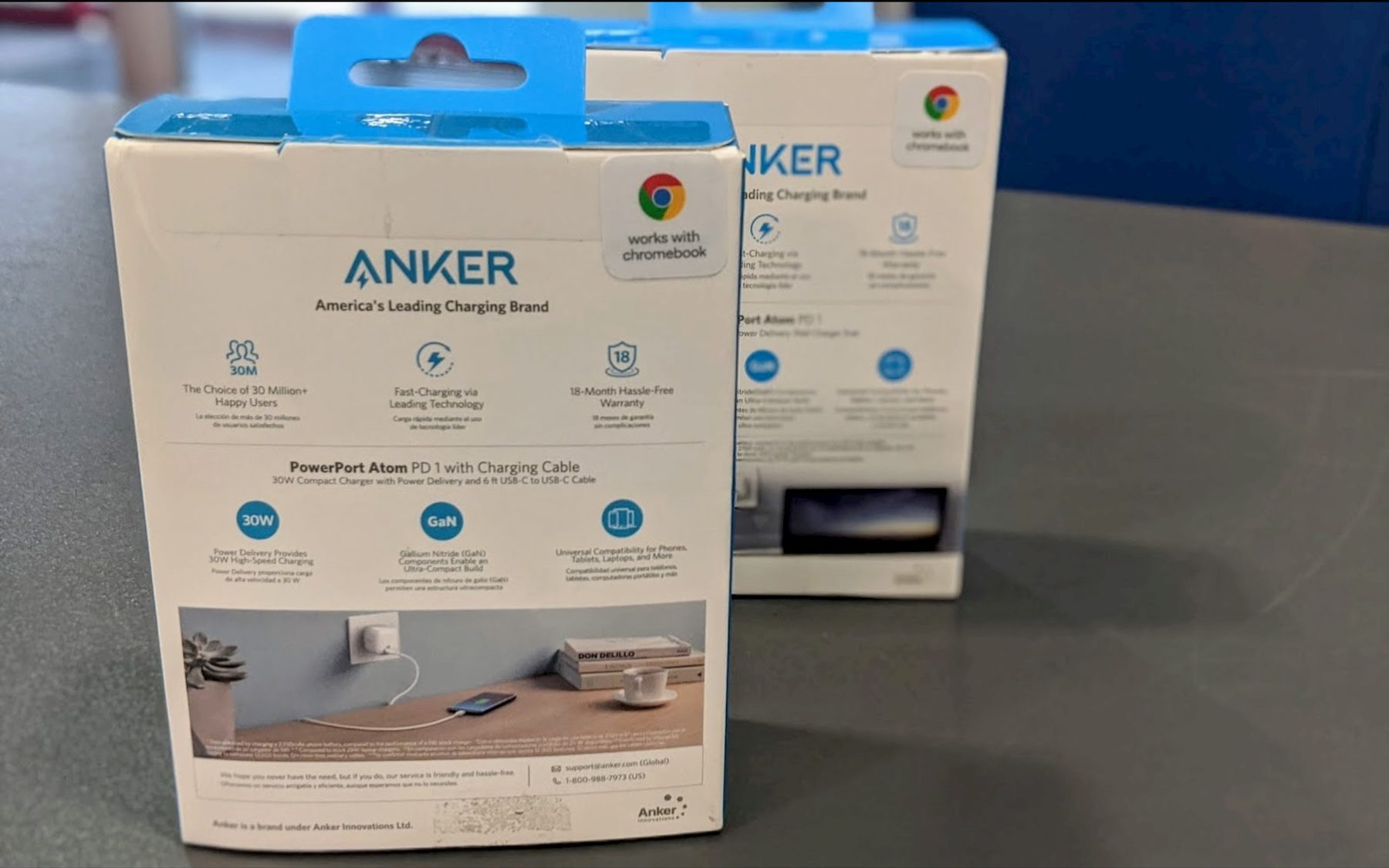 To our knowledge, this Anker charger is the only product in the wild to be seen with this “Works with Chromebook” sticker, so if this is an official Google program it’s very limited in scope. It wouldn’t be all that surprising if Google did start placing these stickers on partner accessories as more Chromebooks adopt USB-C, especially as the “Made for Google” program also expands.