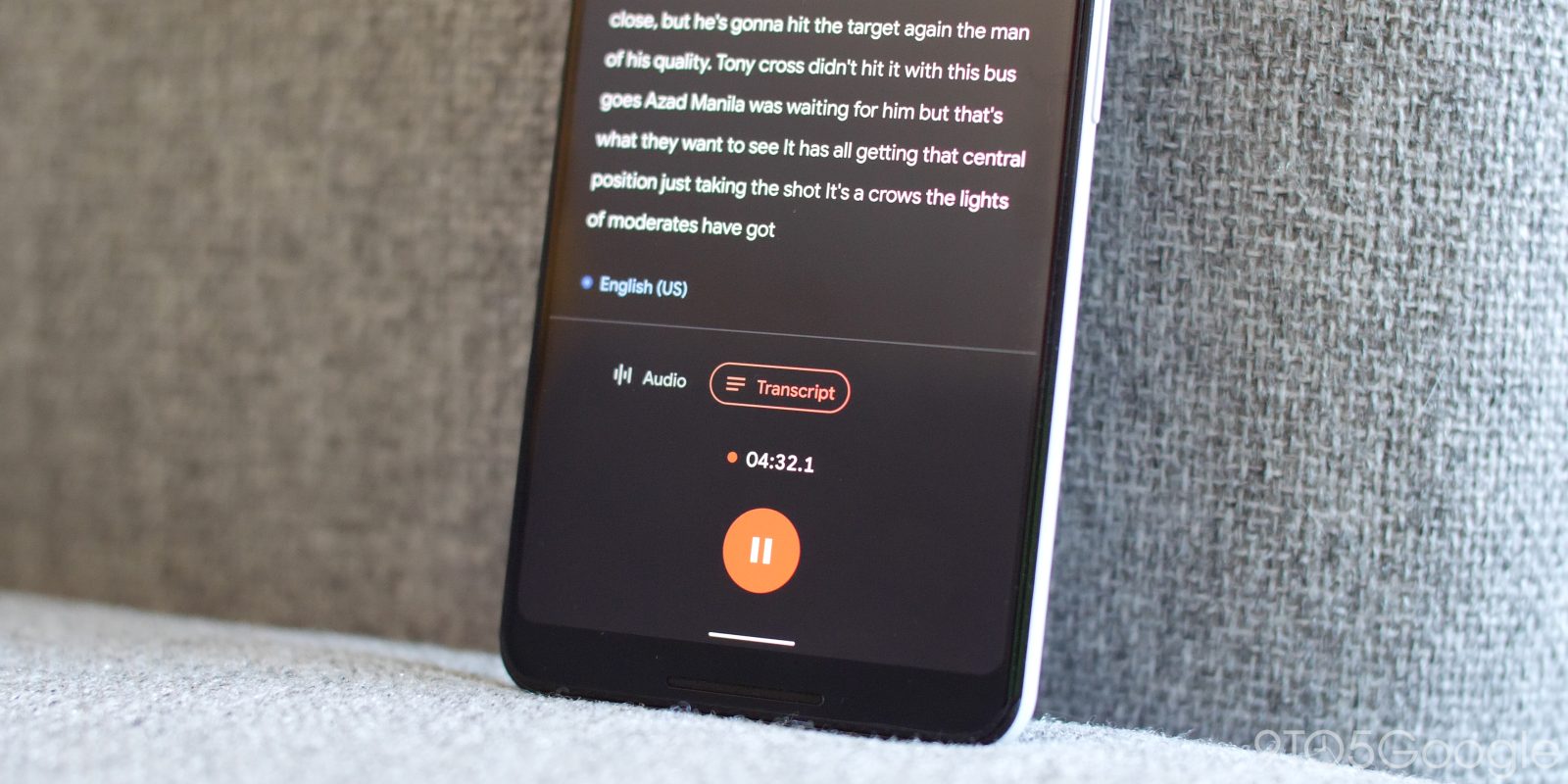 One of the most impressive features debuted alongside the Pixel 4 and Pixel 4 XL was a Recorder app that works completely offline to transcribe and search text. It’s officially still exclusive to the 2019 devices, but Google said it plans to make Recorder available for older Pixel phones. The first step towards that is now here.

Google released an update for the Recorder app earlier today. This version (1.1.283481728) can be sideloaded on older phones (h/t Artem Russakovskii) and successfully used without any crashes.

In our testing, the latest release works on a Pixel 2 and Pixel 3 running the December security patch — which introduced other functionality like Themes, updated Pixel Launcher, and Android 10 gesture support for third-party launchers. The Pixel 3a is likely now also compatible with Recorder.

Interestingly, I — as a Pixel 4 owner — can fresh install Google Recorder on those two older Pixel devices from the Play Store. The listing appears in Play search results (and through direct linking) presumably because it’s already associated with my Google Account/Play library from having the 2019 phone.

However, that is not the case for other current Pixel 3 owners on the team where a “Your device isn’t compatible with this version” warning still appears.

Update 12/5: As of this morning, Google Recorder is downloadable for all Pixel 2, Pixel 3, and Pixel 3a owners from the Play Store.

Regardless, this is a step towards Google’s “plan to roll [the Recorder] to older Pixel devices in a future software update.” That announcement was made in late October, and could just see Google tweak availability on the Play Store. In the meantime, you can download and install from APK Mirror now.