[Update: US pre-orders open] The Moto 360 is being re-released for 2019 w/ new internals, familiar design 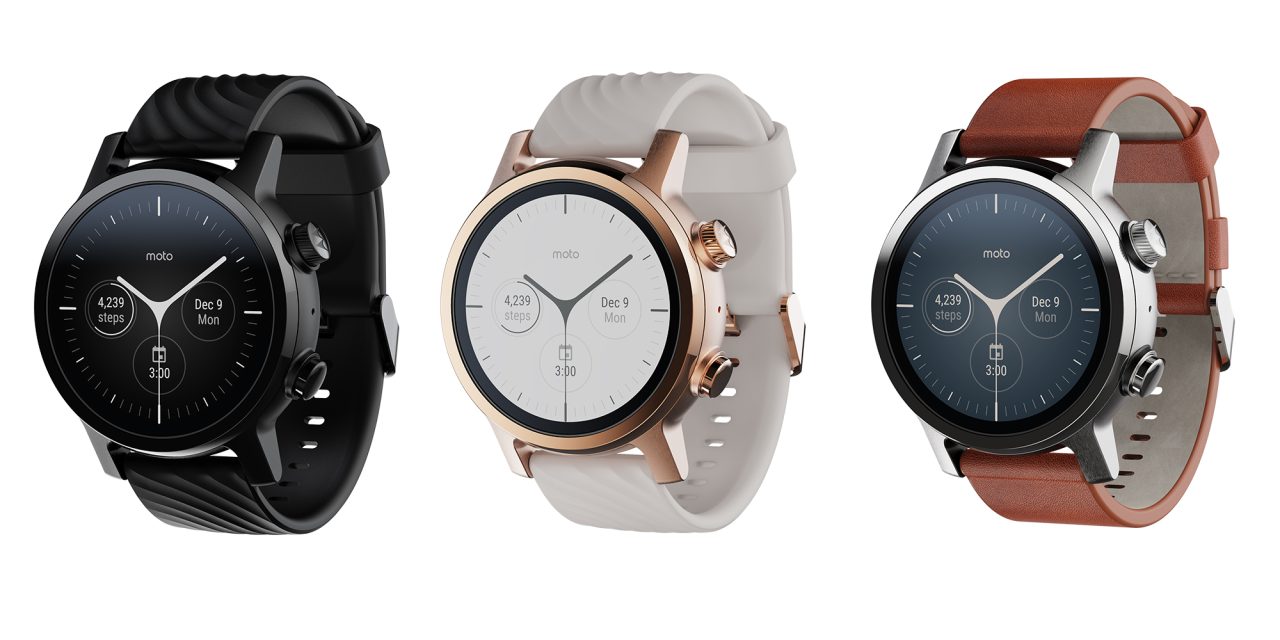 Motorola has announced a brand new up-to-date model of the original Moto 360 smartwatch.

Of course, the Moto 360 was the original Wear OS smartwatch and has helped define the Android-powered smartwatch space since 2015. Motorola has now announced that a major refresh of the original is coming later this year with updated internals but a familiar look and feel.

[Update 12/11]: US pre-orders are now open for the spiritual successor to the first Wear OS (or Android Wear) smartwatch, with shipping beginning on January 10th 2020. The smartwatch is no doubt an interesting prospect even just for nostalgia purposes but could be a solid Wear OS option from the specs alone.

The sleek smartwatch will be powered by the Qualcomm Snapdragon Wear 3100, 1GB of RAM (a wise choice) and 8GB of internal storage. The new Moto 360 also comes with an always-on display and Motorola claims that the 355mAh battery can be topped up from zero to 100 percent in just one hour using the in-the-box fast charger.

NFC is also included, meaning you can make mobile payments with Google Pay on your wrist. While there are some other modes to help extended battery life even further. The ‘Time Only Mode’ will automatically activate when the battery is low to give three-days of lifespan but at the cost of some functionality. Instead, you just get the time on the display.

You can see that the new Moto 360 bears an uncanny resemblance to the original but it’s a sleek smartwatch that has a classic appeal. You’ll be able to pick it up in three distinct finishes: rose gold, steel gray, and phantom black. All colors come with a replaceable leather strap.

The display measures in at 1.2-inches and this time around is a ‘full’ display — no edge cut off randomly. At 390 x 390 pixels, the OLED display should prove quite the bump over the original too. It comes with water resistance up to 3ATM should you be worried about getting the watch wet. It has even been tested for up to 10,000 swim strokes according to marketing material.

The crown includes customizable action buttons that mimic the haptics of classic timepieces too. One button rotates, while the other is static. It’s worth noting that Motorola isn’t actually manufacturing the updated Moto 360. A company called eBuyNow will be producing the timepieces.

You’ll be able to pick up the new Moto 360 from selected retailers at the beginning of December for $349.99. Pre-orders are set to open from mid-November on Moto360.com.