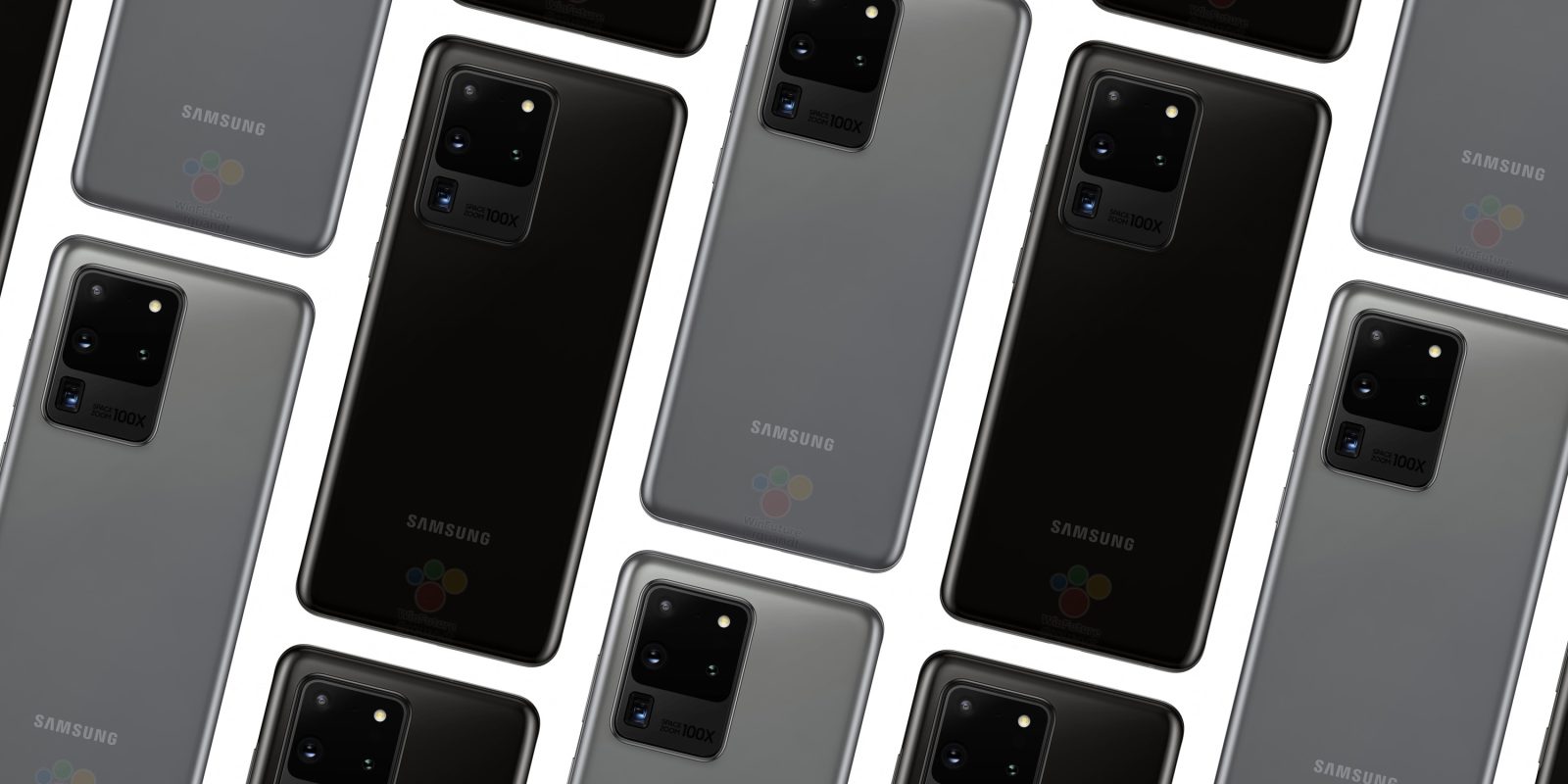 It’s February 11th, and that means Samsung’s big Unpacked event for the first half of 2020 is here. 9to5Google’s Samsung Unpacked Live Blog + News Hub will be updated regularly throughout the day with the latest announcements from Samsung. The event kicks off at 2PM ET/11AM PT, so read on for quick links to our roundup coverage over the last few weeks, tweets from the ground, and all the latest news as it develops…

First of all, if you haven’t been following along with all our roundup coverage over the last few weeks, there’s plenty of required reading to be had there. Here’s what we know about today so far:

How to stream Samsung Unpacked 2020

TL;DR the Samsung YouTube channel will stream the entire event live, and the announcements start at 2PM ET/11AM PT.

— Good morning! It’s a nice breezy morning and we’re on the ground in San Francisco for the launch of the Samsung Galaxy S20, S20+, S20 Ultra (and their 5G variants)! The foldable Galaxy Z Flip is also coming this morning and we’re very much here for that too. Also, expect some accessories. If you haven’t already, check out our Ben Schoon’s roundup of what to expect at the event this morning. We’ll be keeping you update as the morning progresses here on the live blog, as well as in the form of news on the homepage. 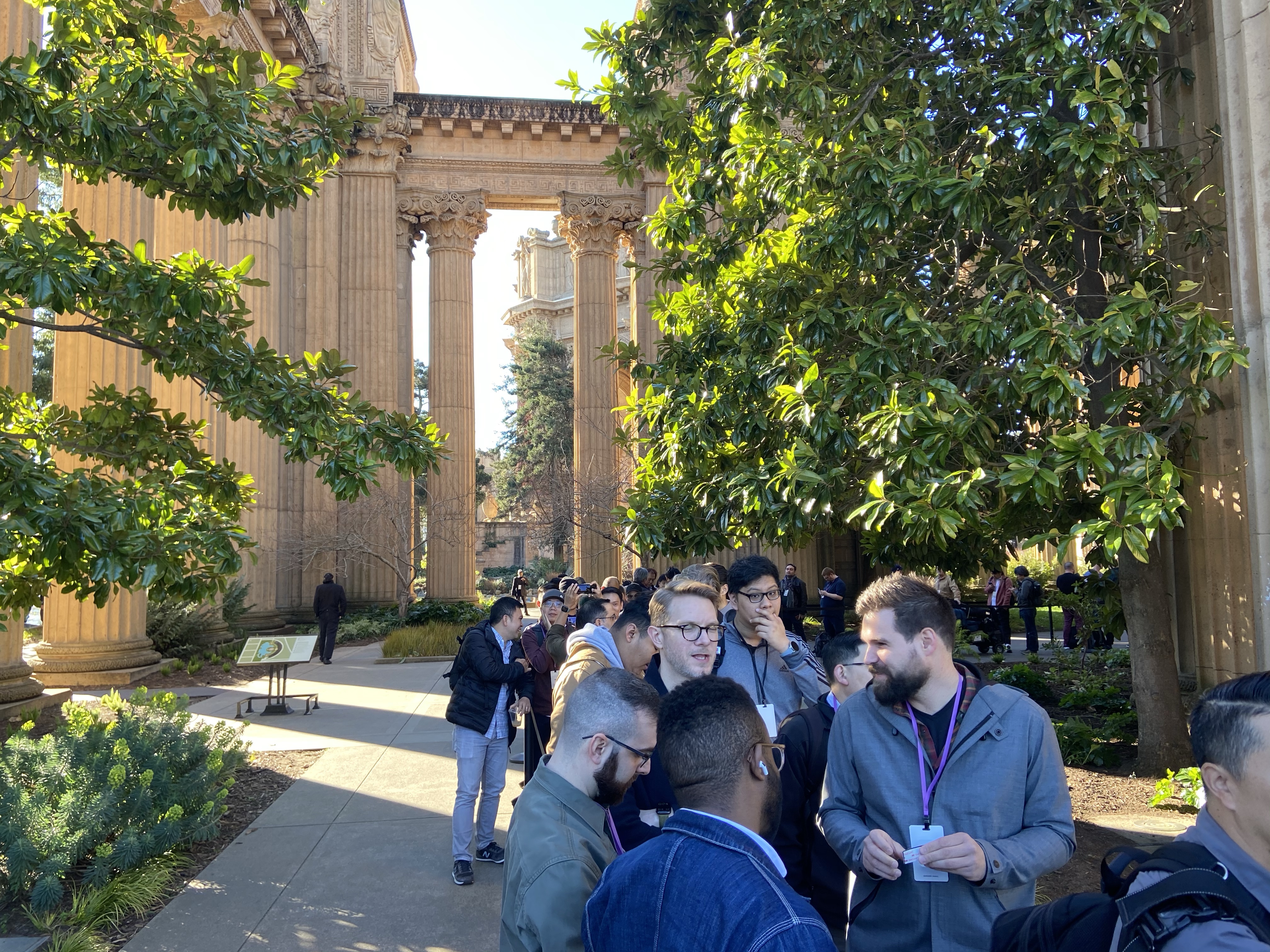 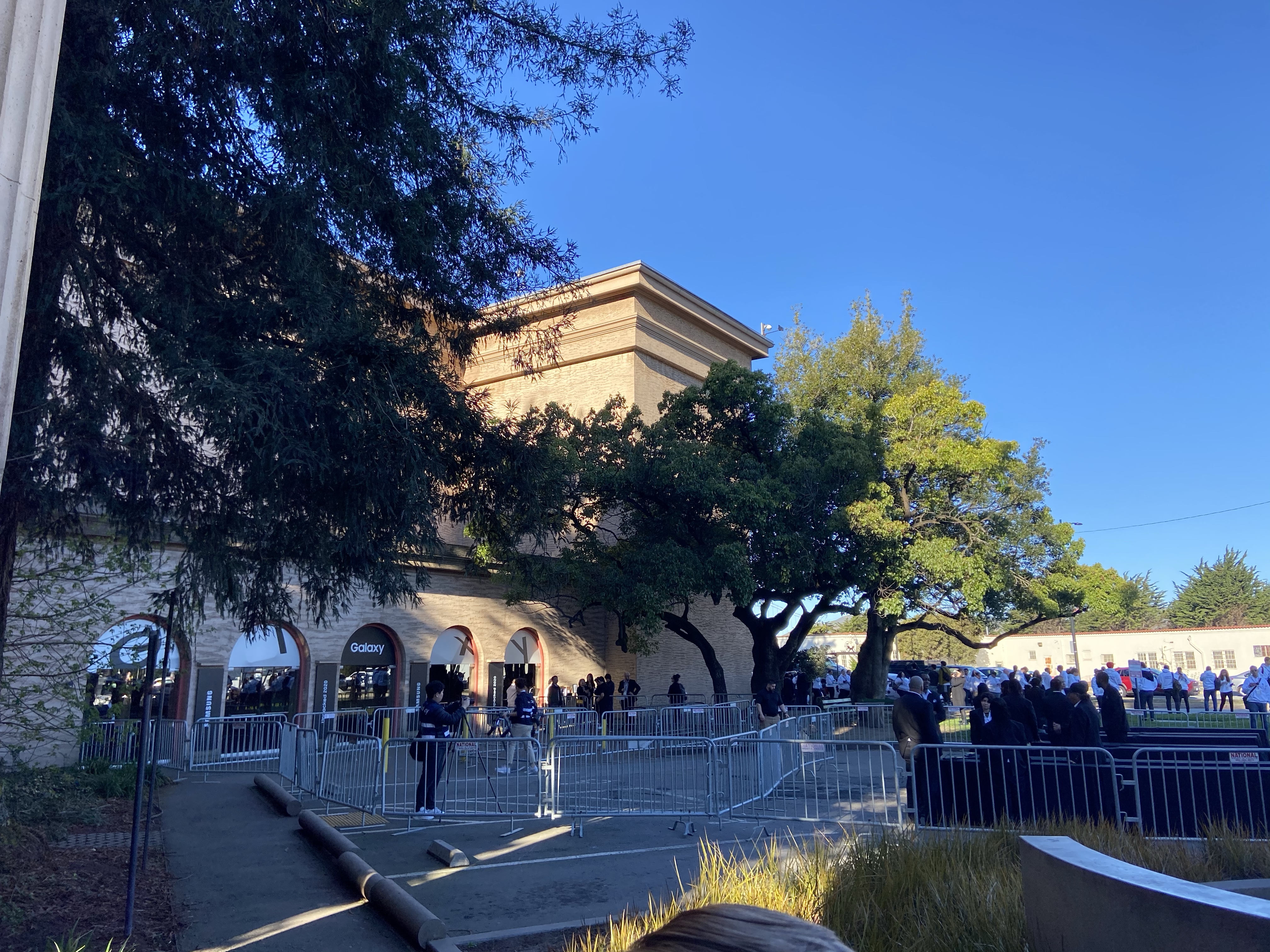 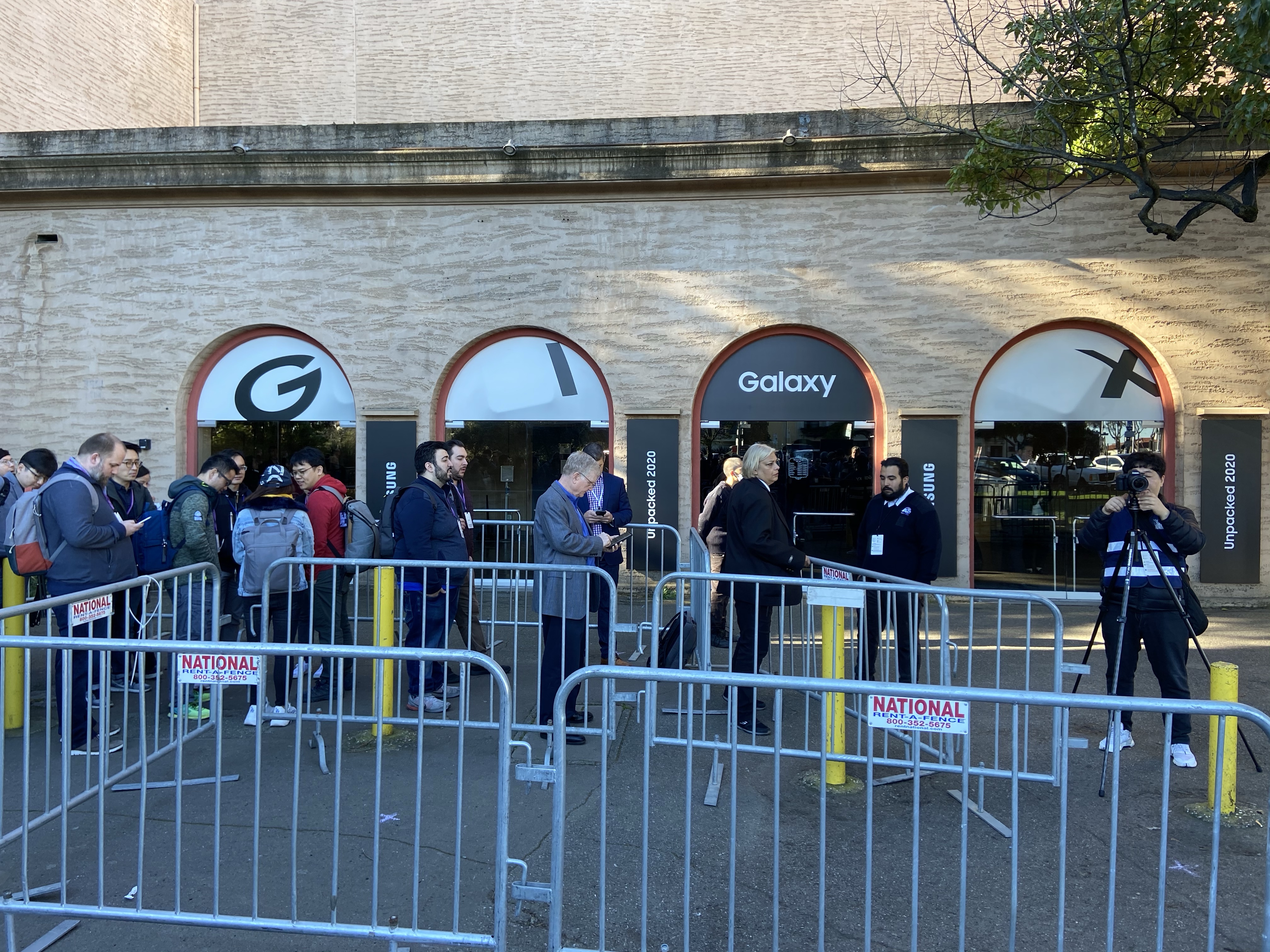 — Either way, we’re getting close!

— Watching a bunch of boring pre-roll…. still over an hour before the event kicks off.

— Doesn’t seem like there’s any hysteria regarding coronavirus, but there are a handful of people wearing face masks out of an abundance of caution. As Samsung itself noted, they’ve put safety measures in place to catch high-risk persons before they enter the venue.

— Just over an hour now until the event kicks off!

— Looking at 45 minutes until the event starts. In the meantime, we’re getting some last minute leaks from Max Weinbach…

Last minute leak? Why not. There is a feature called Music Share on the S20 where you will be able to connect your phone to a bluetooth speaker then have your friends connect their S20 to your S20 to play music from their phone through your phone onto the speakers.

Some Samsung exec in front of me I guess. Clearly holding the new Galaxy Fold. So much for secrecy

— 20 minutes to go and the WiFi is crawling to a halt… hopefully my tethering will hold up!

— 5 minutes to go and we’re getting some new footage on the screen. 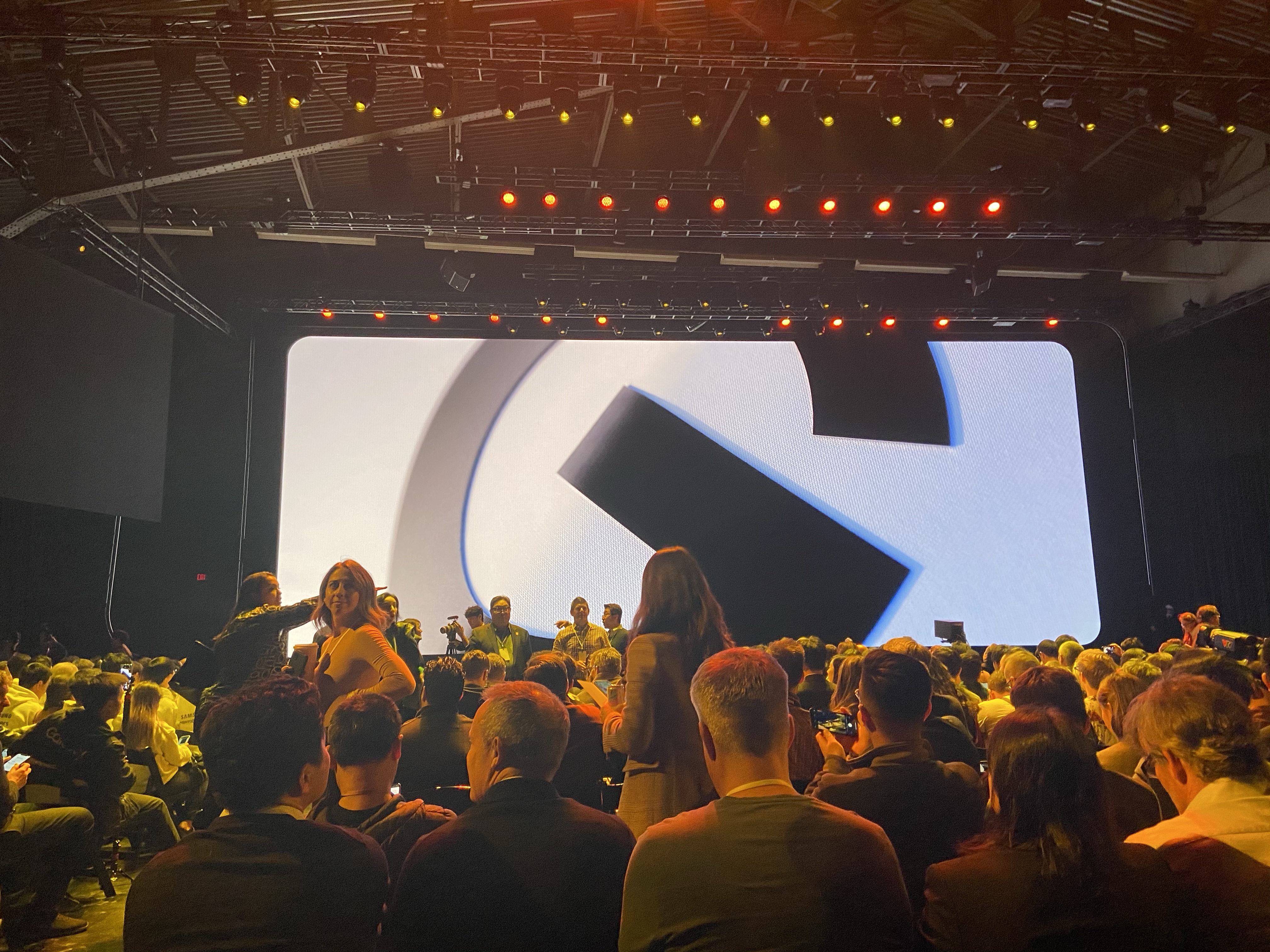 — Lights are out and the event is about to go! Last look at the content disclaimer, haha. Isn’t the reason we’re here for commercial use? 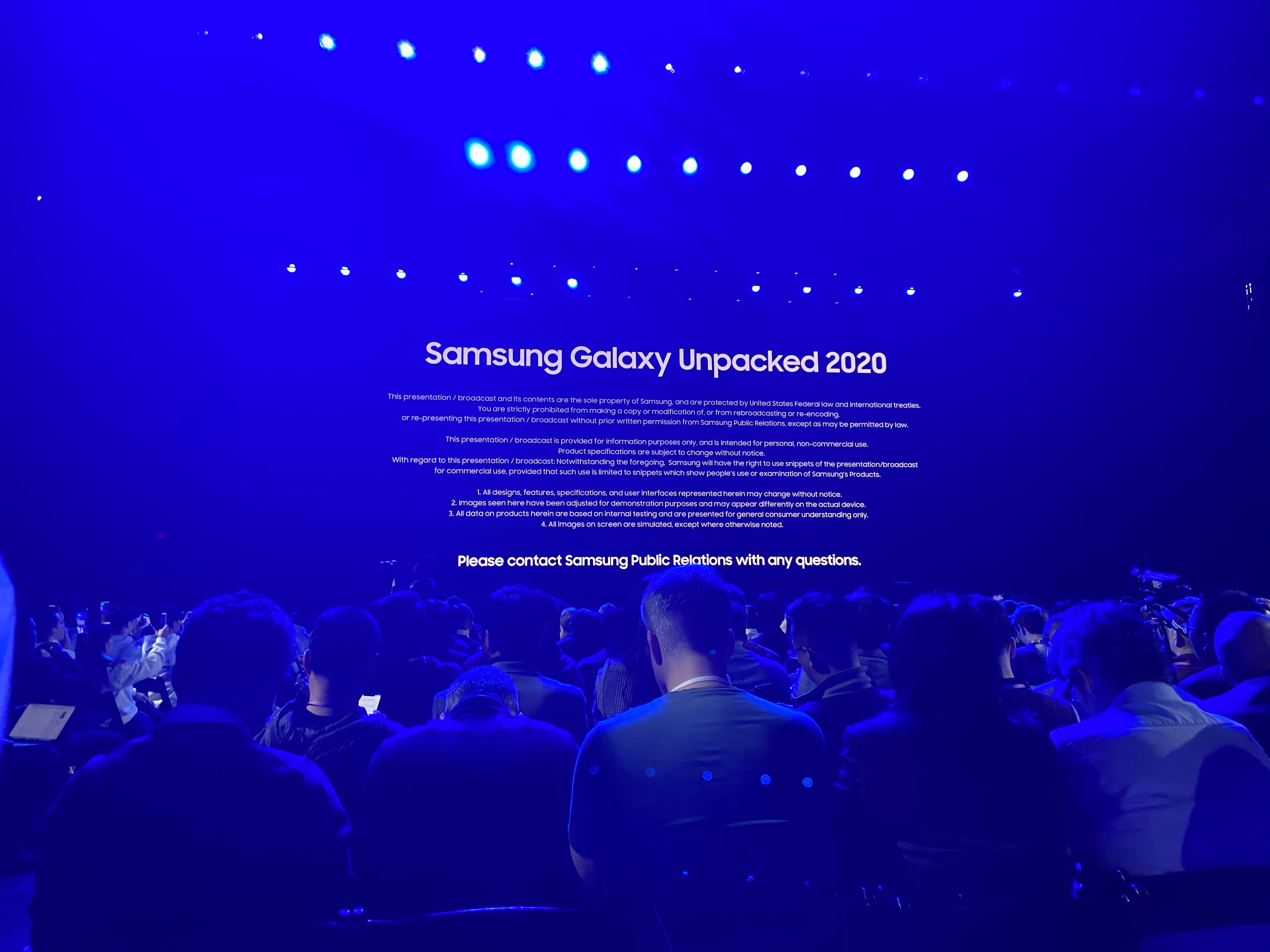 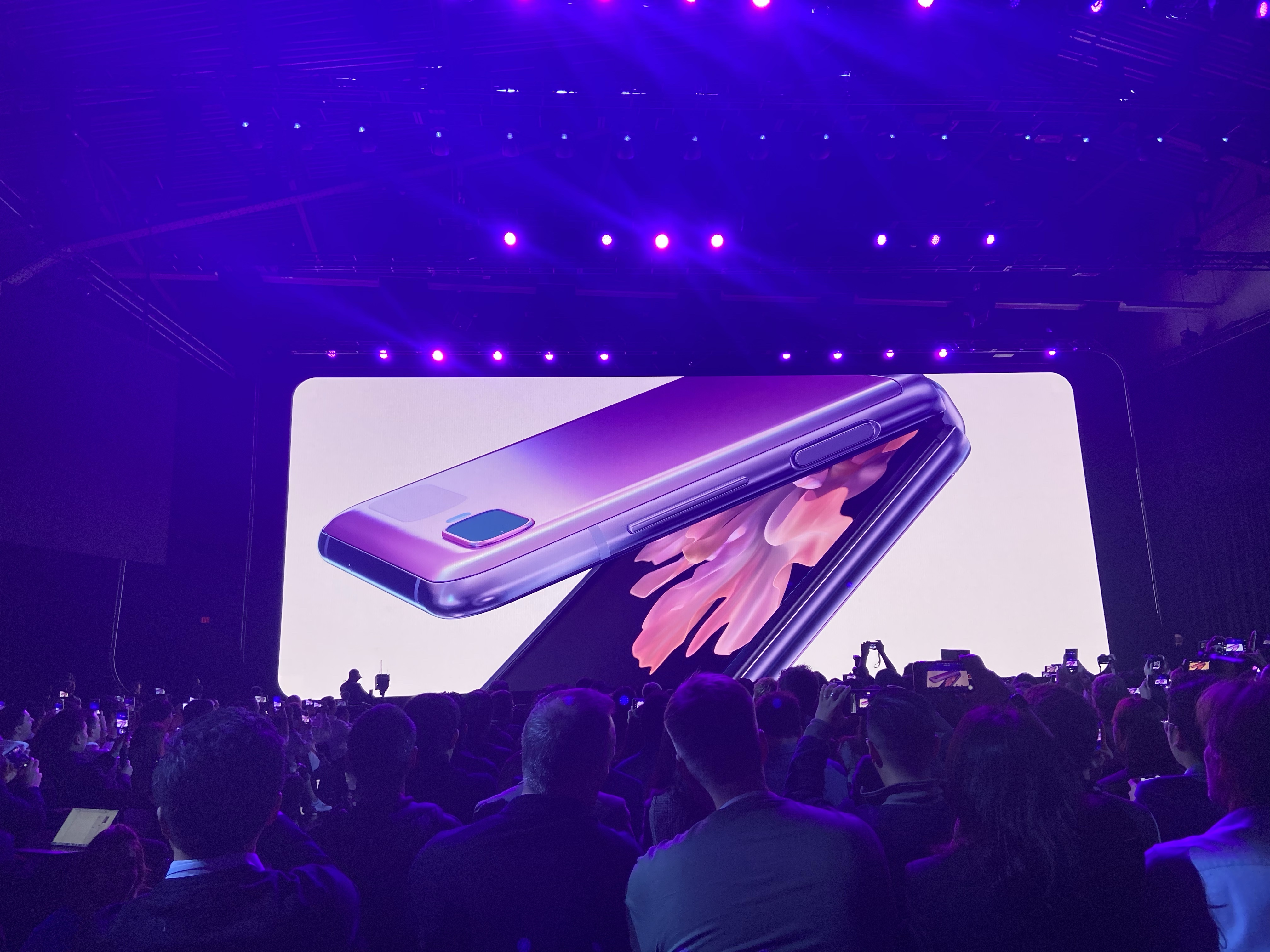 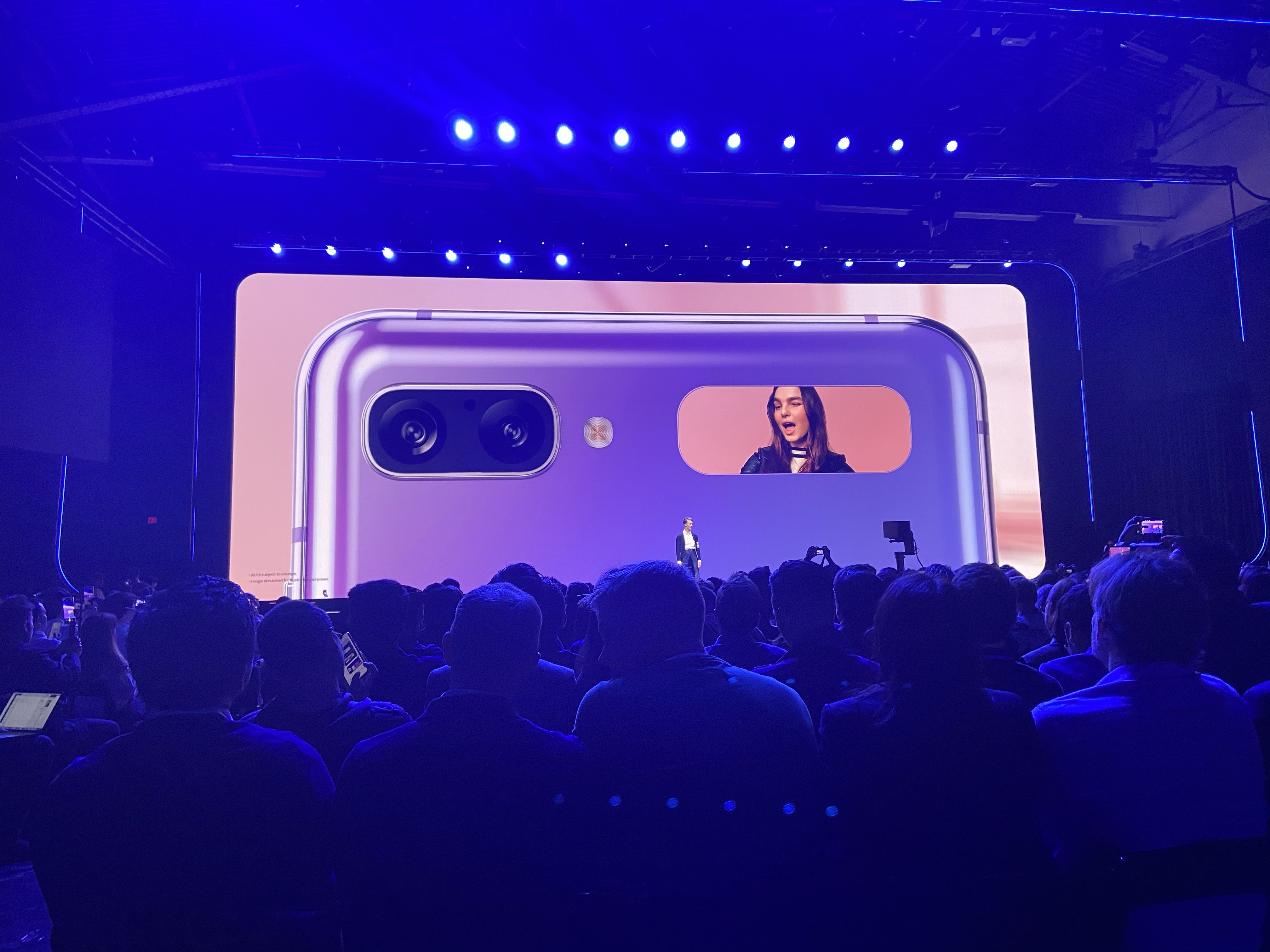 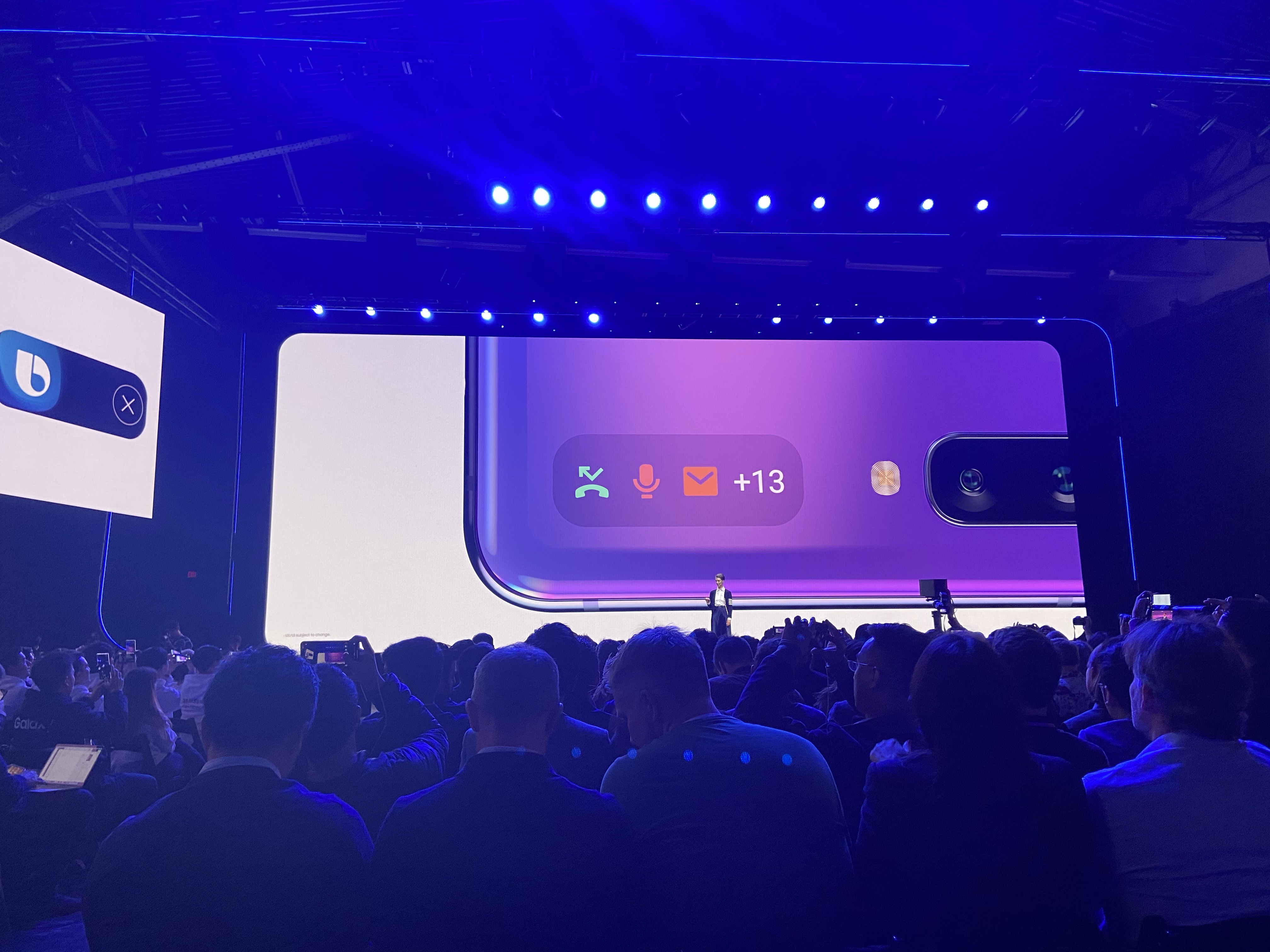 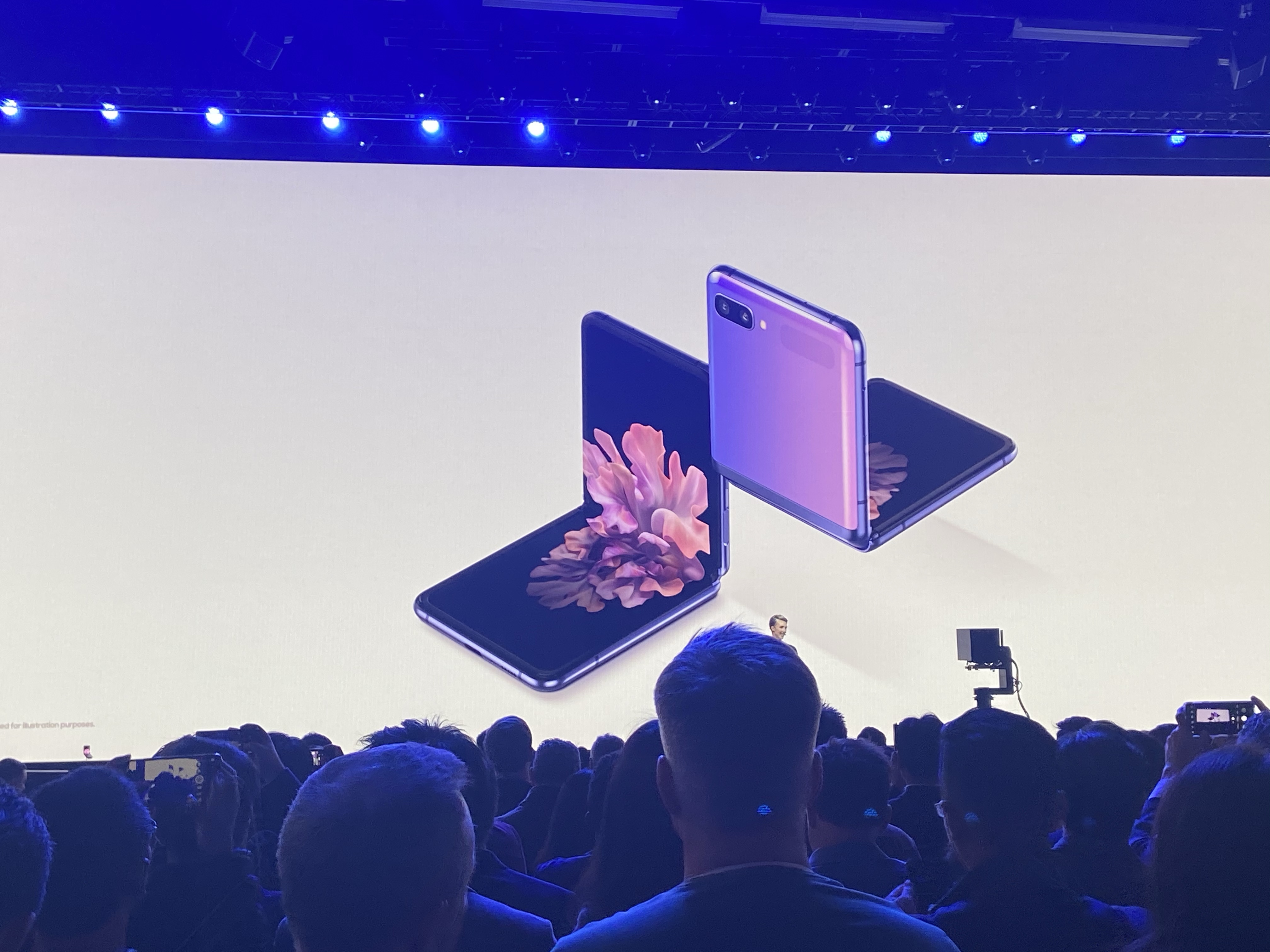 — There’s a gold Samsung Galaxy Z Flip and it’s going to be available in “select markets.”

— Samsung is showing off some unique use cases… taking photos with the phone propped up, selfies, and other cool things.

— There’s a unique Thom Browne Z Flip that looks interesting… and comes with other similarly-themed accessories. 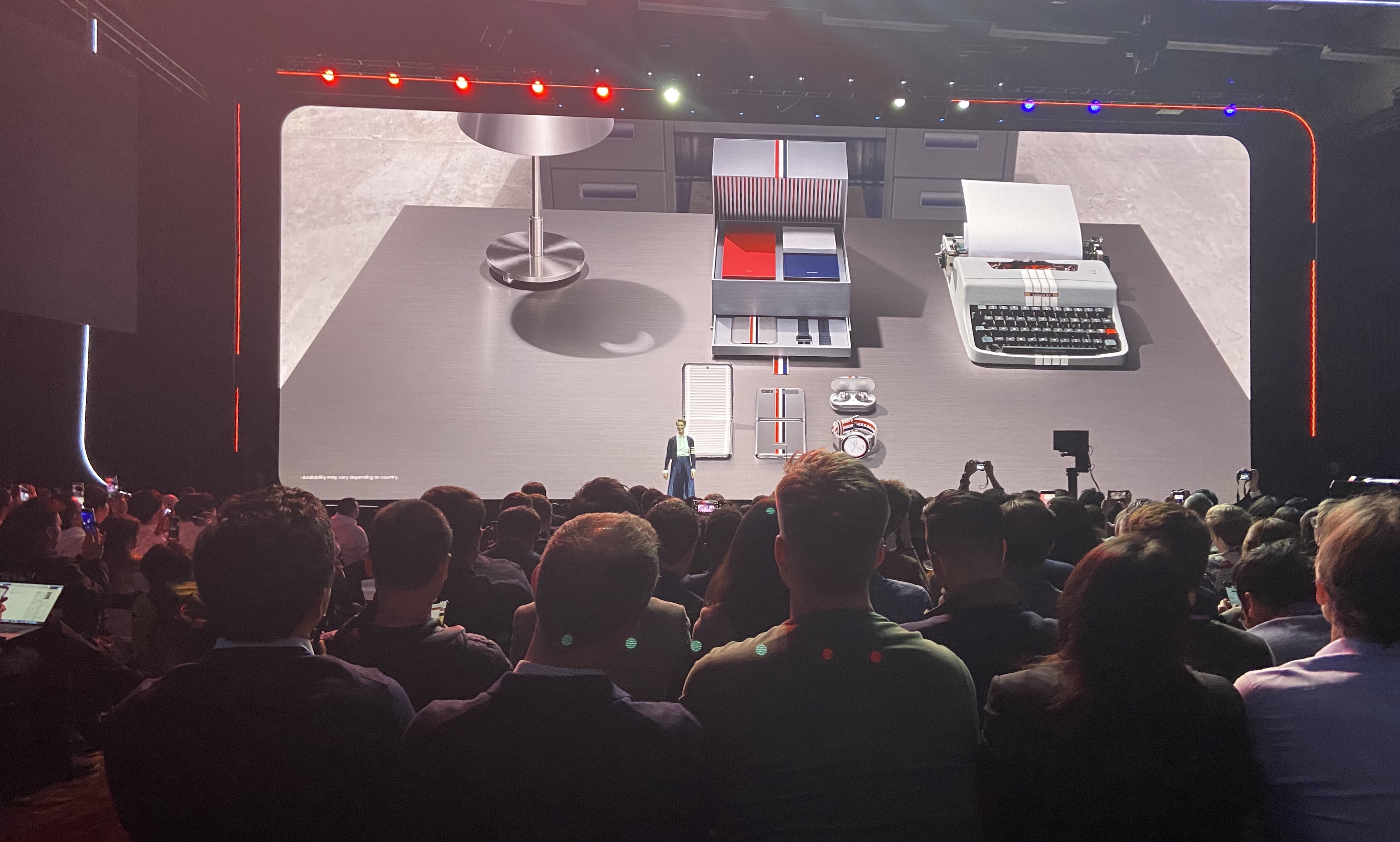 — Well, now that the interesting news is out of the way, let’s talk about followups to the main line of phones!

— We’re getting a walk down memory lane with looks at the original Galaxy S, Galaxy Note, and Galaxy Fold.

— Apparently the convergence of AI, 5G, and IOT is where Samsung is going with the next series of S phones. 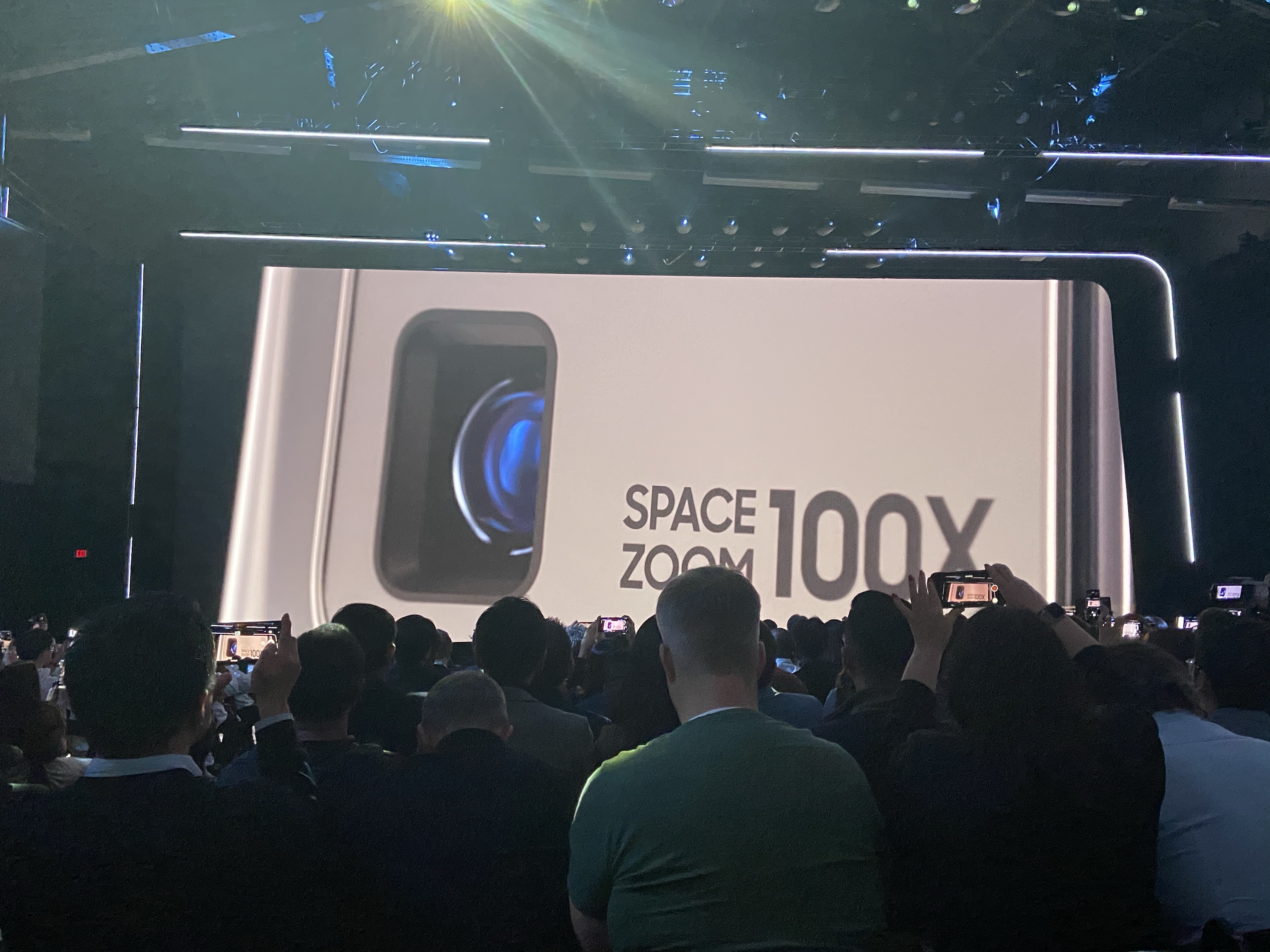 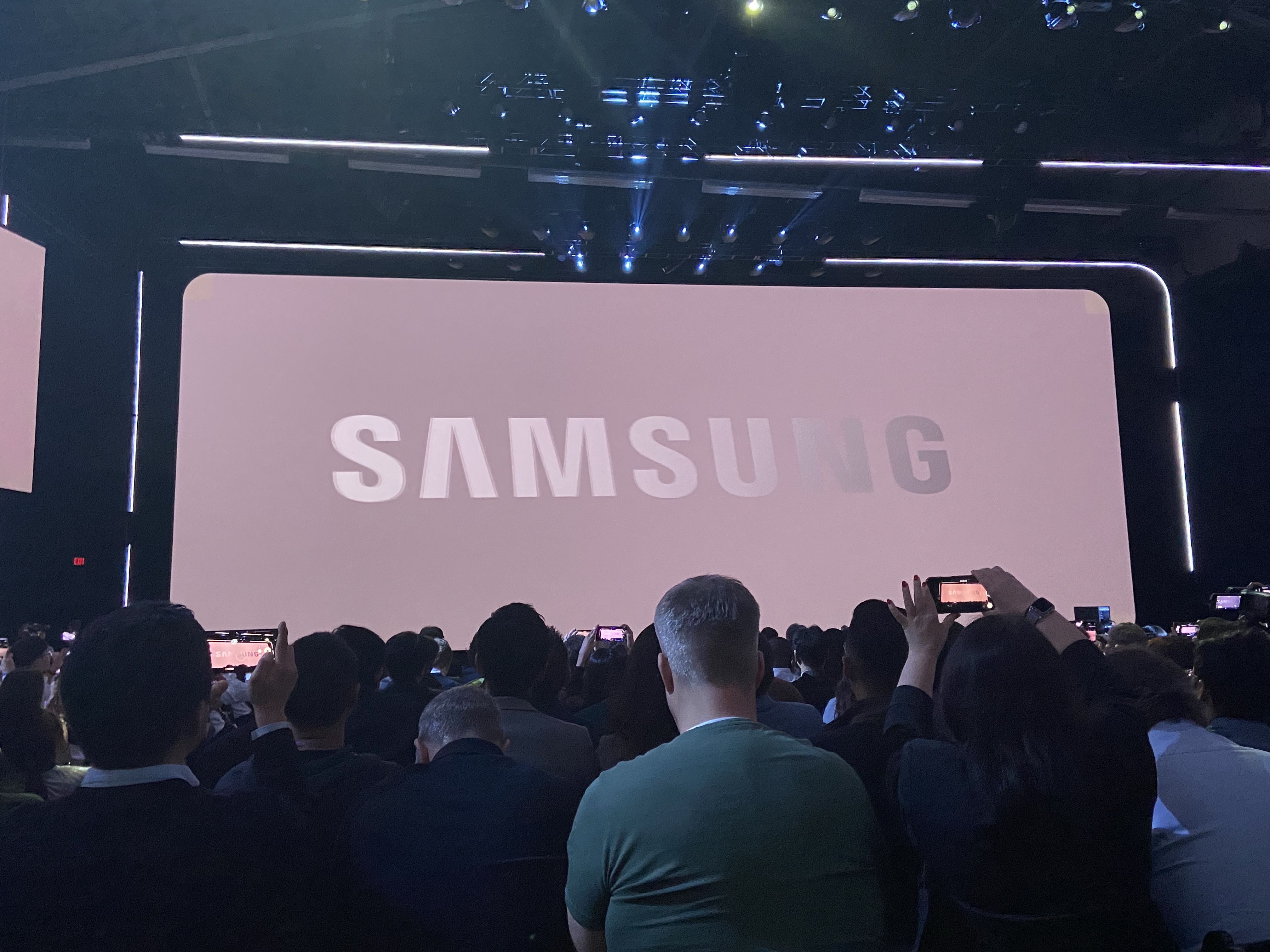 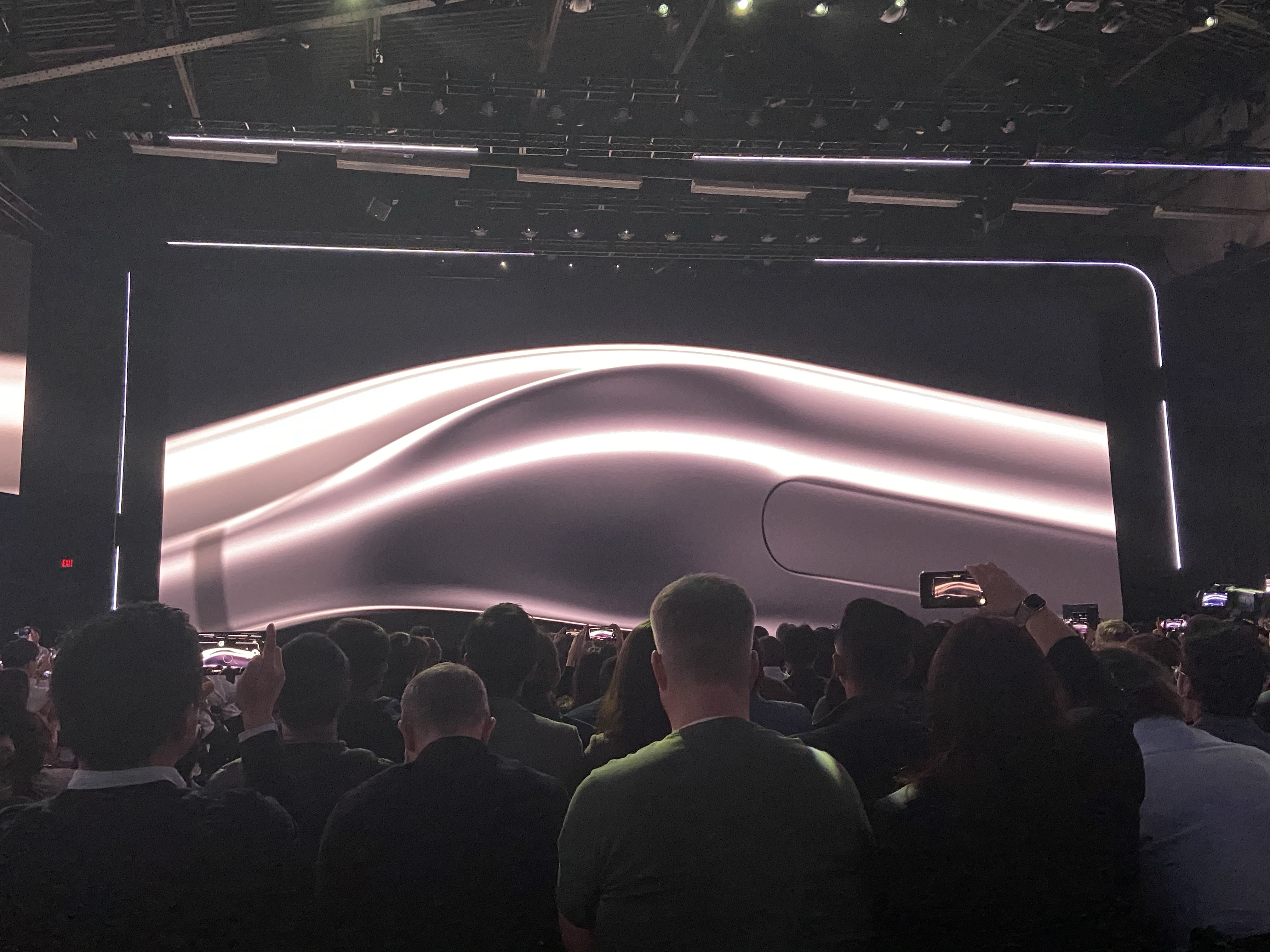 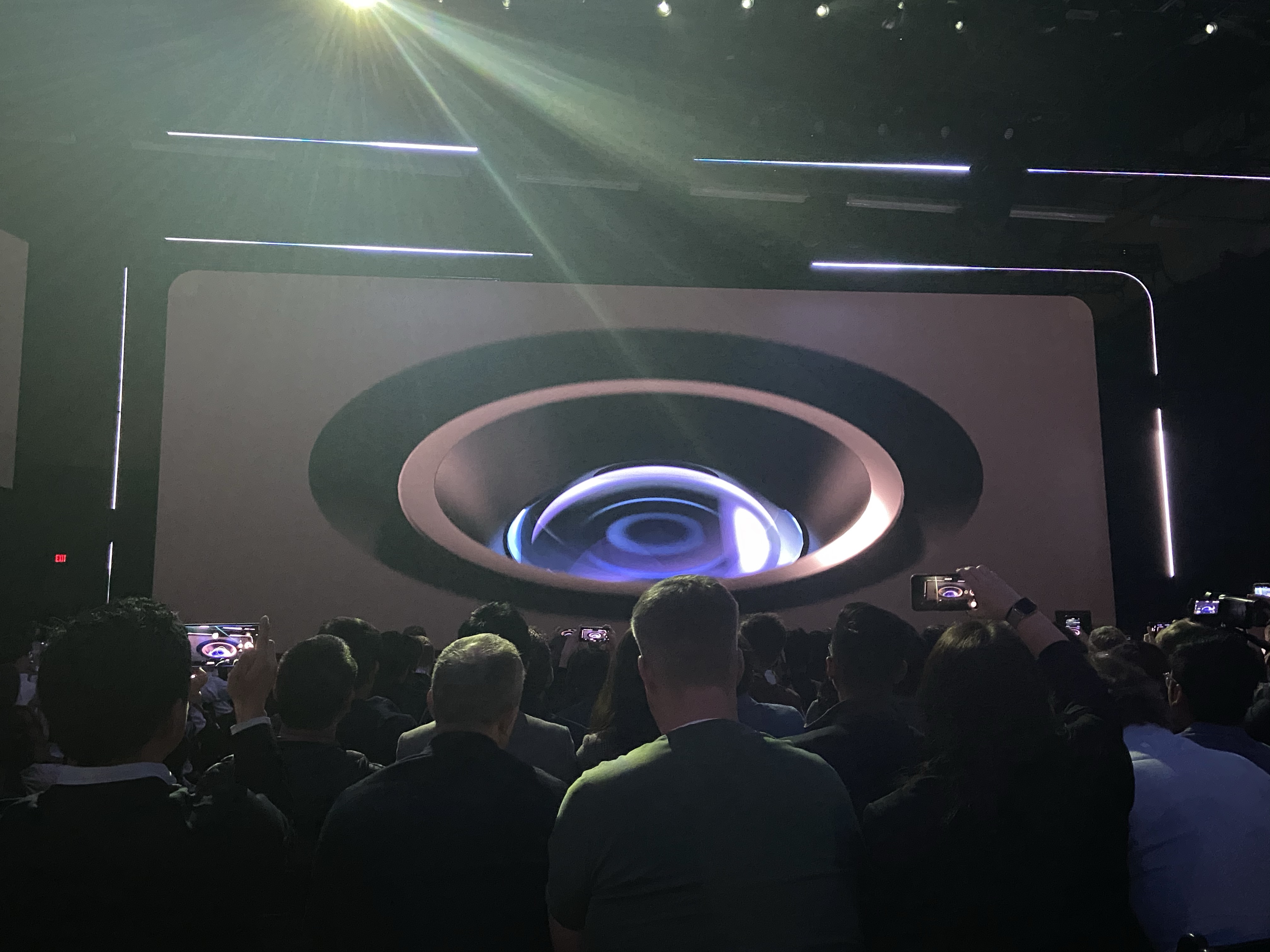 — Samsung says today’s livestream is coming to us via the Galaxy S20 Ultra 5G.

— Camera is the centerpiece of the S20. It’s hard not to feel like Samsung’s focus on the camera isn’t the result of years of falling behind Google and Apple in this space. They’re talking a lot about wanting to help users capture photos in non-ideal situations.

— Lots of talk about zoom with these phones.

— Most of the features talked about so far are available on all S20 models. But the S20 Ultra has a crazy 108MP sensor. 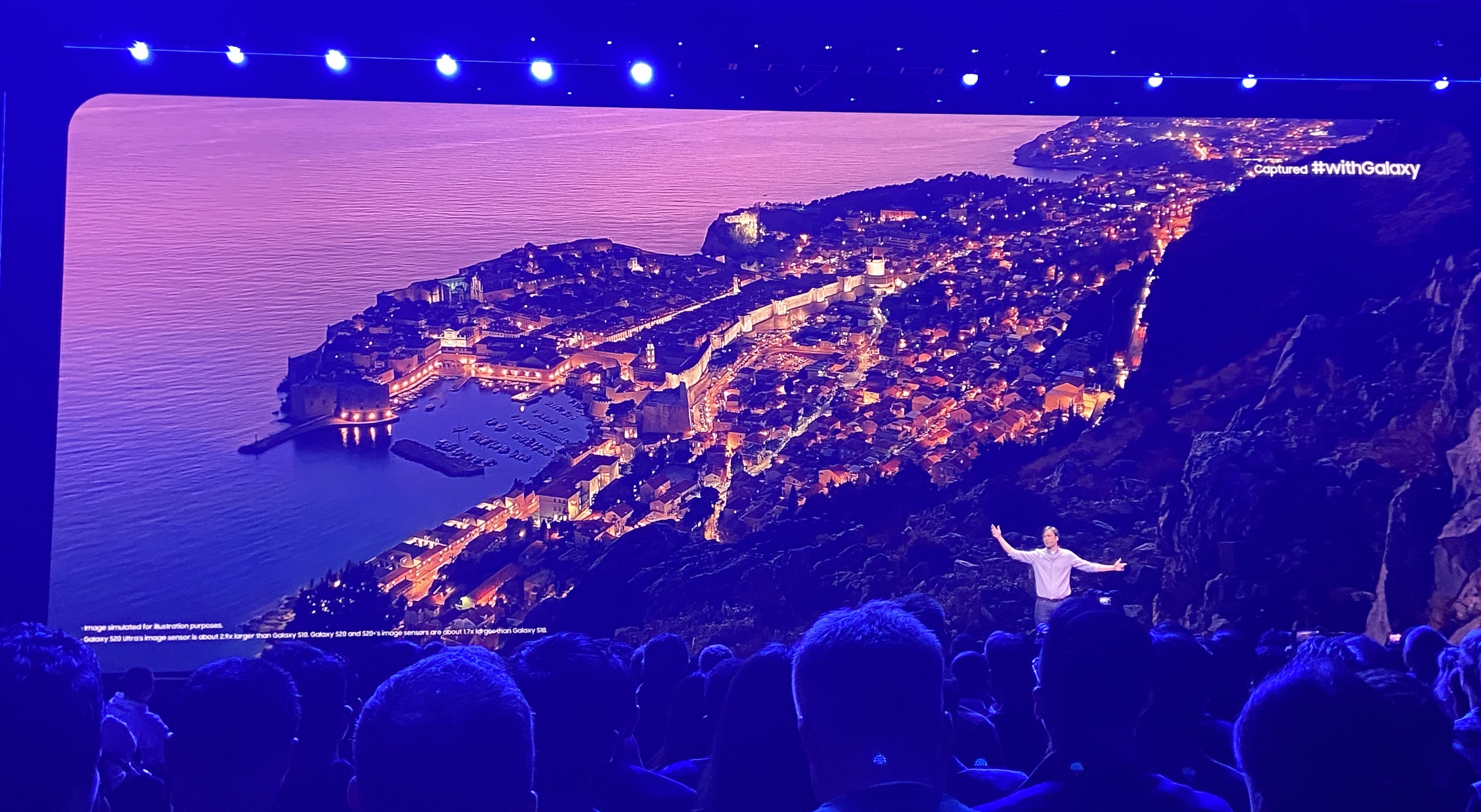 — Jackie Lee Joe, Netflix CMO, is on stage to talk about a partnership between Samsung and Netflix for movie and show makers to create extra content.

— Samsung and Google are working together for Duo. New Duo features for S20.

— Galaxy Buds Plus are official.

— Hiroshi Lockheimer is on stage at the Samsung event! 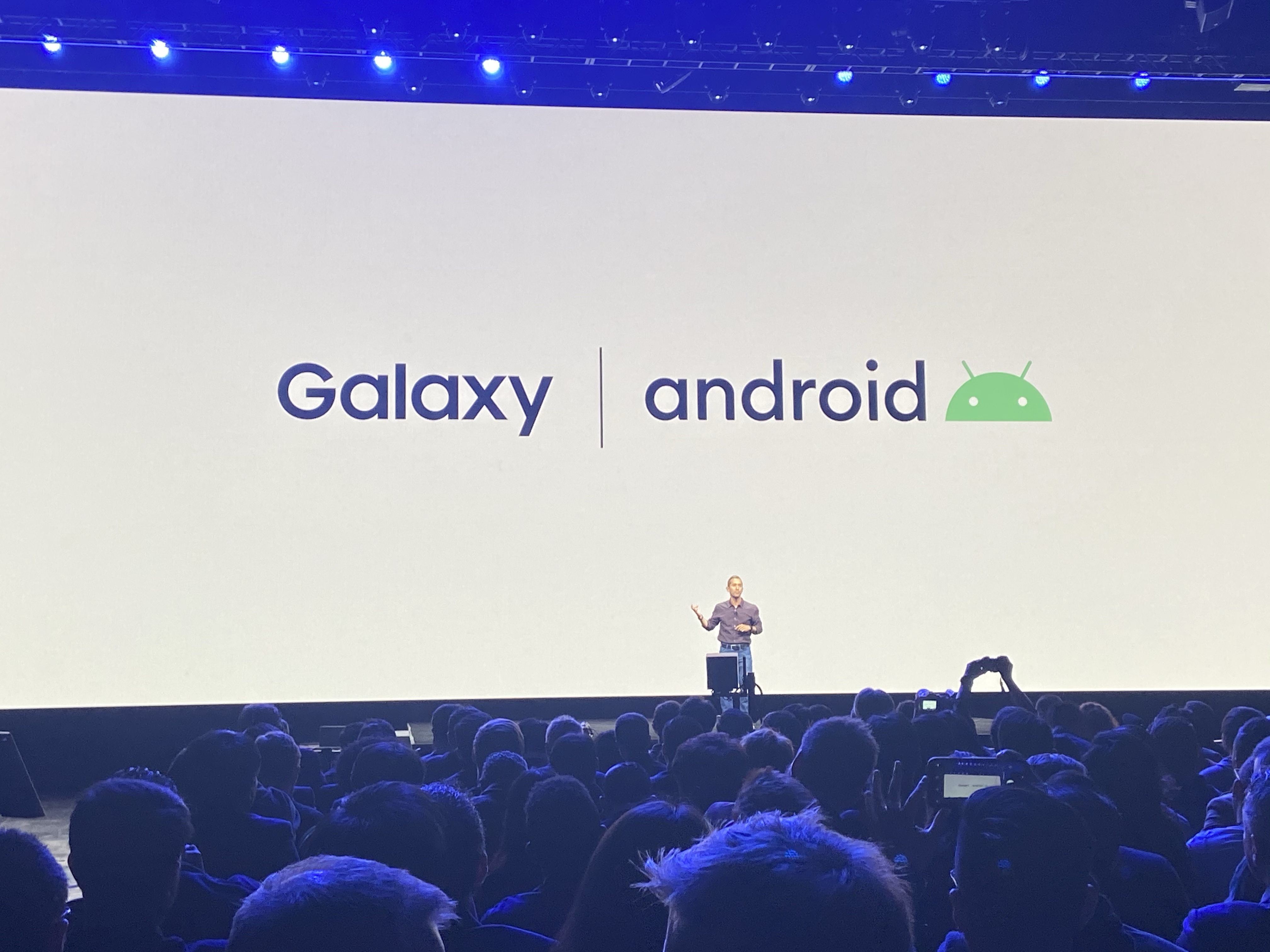 — “We think foldables will fundamentally change the way we think about smartphones.”

— Galaxy S20 is the first Android phone other than the Pixel to have Android’s Live Caption.

— That’s a wrap on device announcements! Taking about sustainability and wrapping up.

— Thanks everyone for tuning in. Be sure to check out our homepage for all the Samsung coverage and stay tuned for video, hands on, and more.