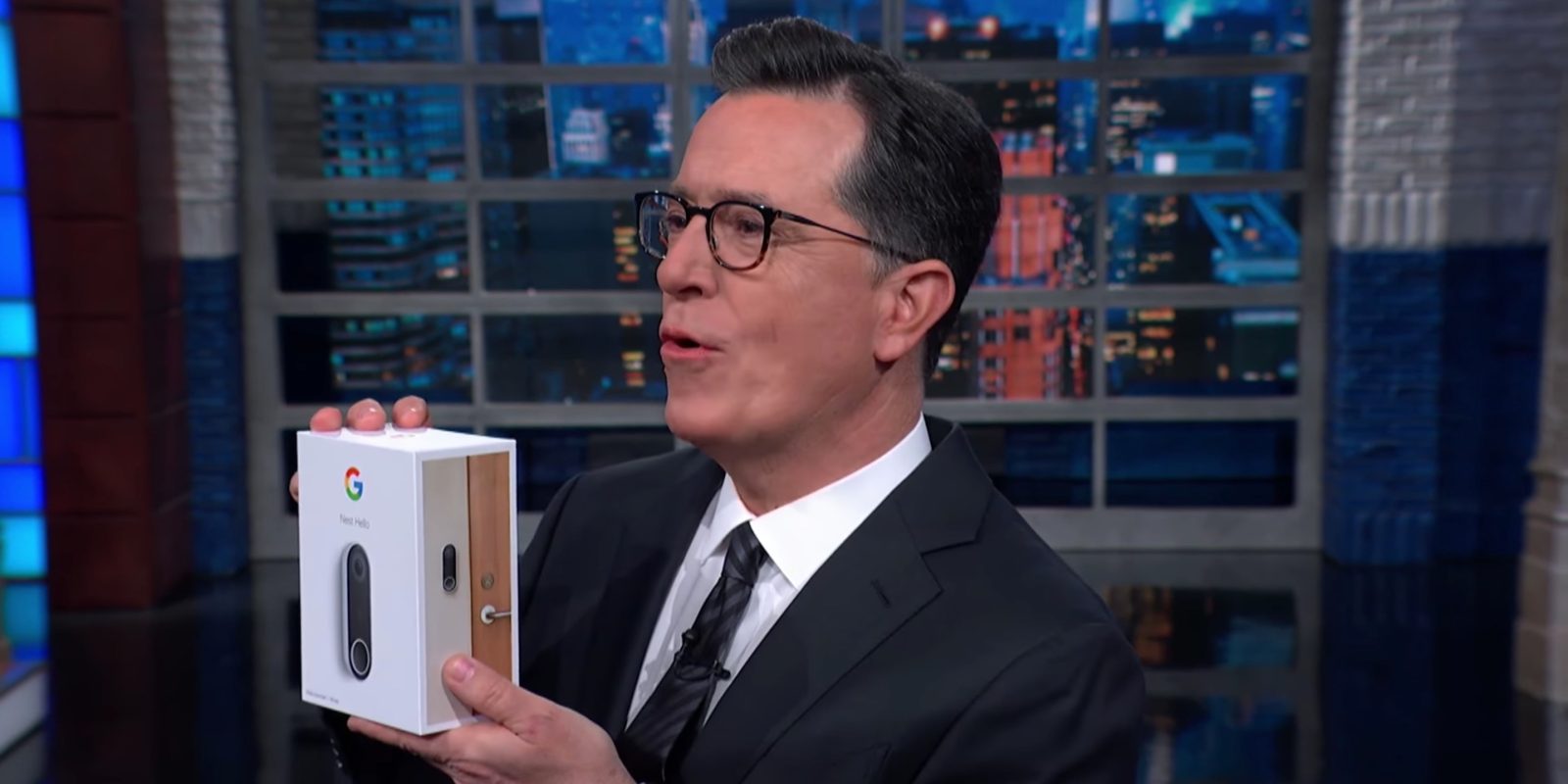 The Nest Hello made a surprise appearance on The Late Show with Stephen Colbert this evening. It’s not clear if there was actually a sponsorship, or whether Google’s smart doorbell was just a random prop.

The cameo was at the very end of a 10-minute monologue on February 26 that saw the comedian talk about Democratic presidential candidate Mike Bloomberg’s new strategy to “develop unpaid relationships with late-night talk-show hosts.”

As a principled comedian, I would never shape my content around a person or a brand for free. No. No. That would be a betrayal of all the brands who pay me. So, Michael Bloomberg, listen here. If you come knocking on my door, I won’t answer, but I will know that you’re there, thanks to Nest doorbell. From Google.

Colbert proceeded to hold up a boxed Nest Hello that features the updated “Google Nest” branding. A zoomed-in shot showed the doorbell in his hands for a rather long five seconds as the audience laughed.

The comedian referred to the product generically as a “Nest doorbell,” possibly suggesting that it was randomly selected instead of being intentional brand integration. Then again, it was quite a fitting promo given the context of the joke.

Meanwhile, he proceeded to toss the — likely empty — box away as he moved on to a commercial break. The comedian — especially during The Colbert Report — is a master of exaggerated but ultimately effective brand promotion. 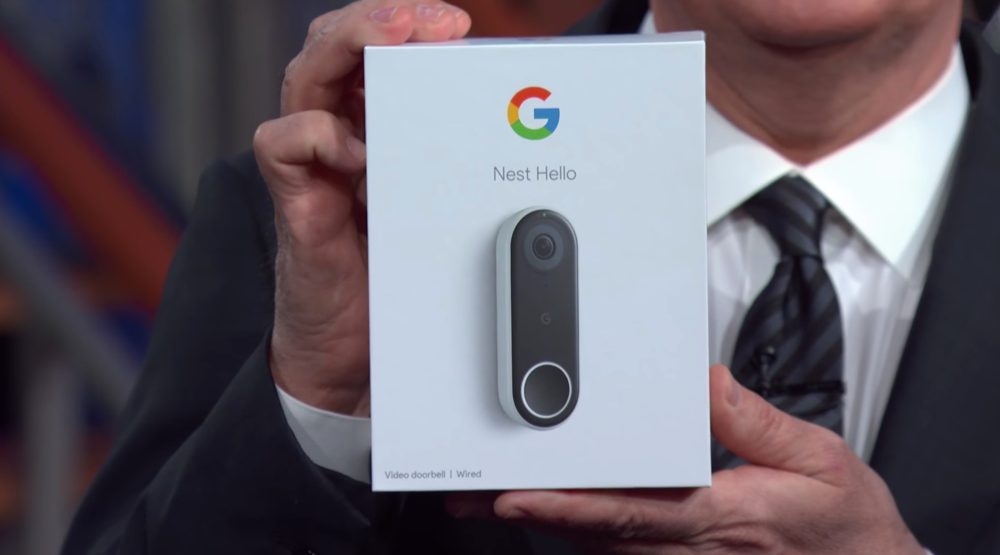