When Stadia launched in November, the trifecta of 4K, HDR, and 5.1 surround sound required that you game on televisions using the Chromecast Ultra. First announced with the Q1 roadmap, 4K started rolling out to Stadia.com in early March. A month later, Google made official 5.1 surround support on the web.

High Dynamic Range — “where graphics have a wider range of brightness and color” — is now available online. The relevant Stadia on the web support document was recently updated to note how HDR requires “computers that support VP9 Profile 2 hardware decoding and are connected to an HDR-compatible monitor.”

Update: Google pulled the reference to HDR on stadia.com after we posted, suggesting the feature is not quite ready yet.

HDR is supported on Chromecast Ultra connected to a TV that supports the HDR10 standard.

VP9 is also officially required for 4K, with Google providing the following instructions on how to check if your device supports the necessary hardware decoding:

All three of those features require Stadia Pro, with the HDR toggle available under the Display menu in settings on the mobile apps. To check that it’s live, open the Connection pane in the Stadia menu (Shift + Tab) and look for a green HDR icon. With this addition, Stadia on the web is on par streaming quality-wise with the TV experience. 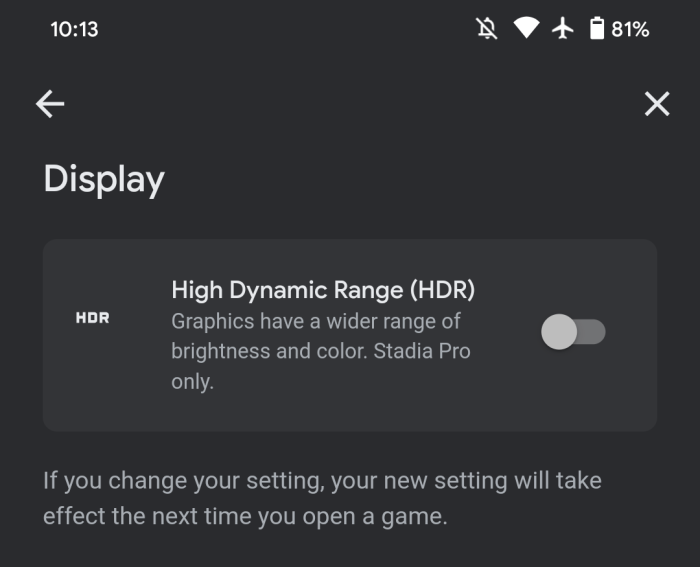