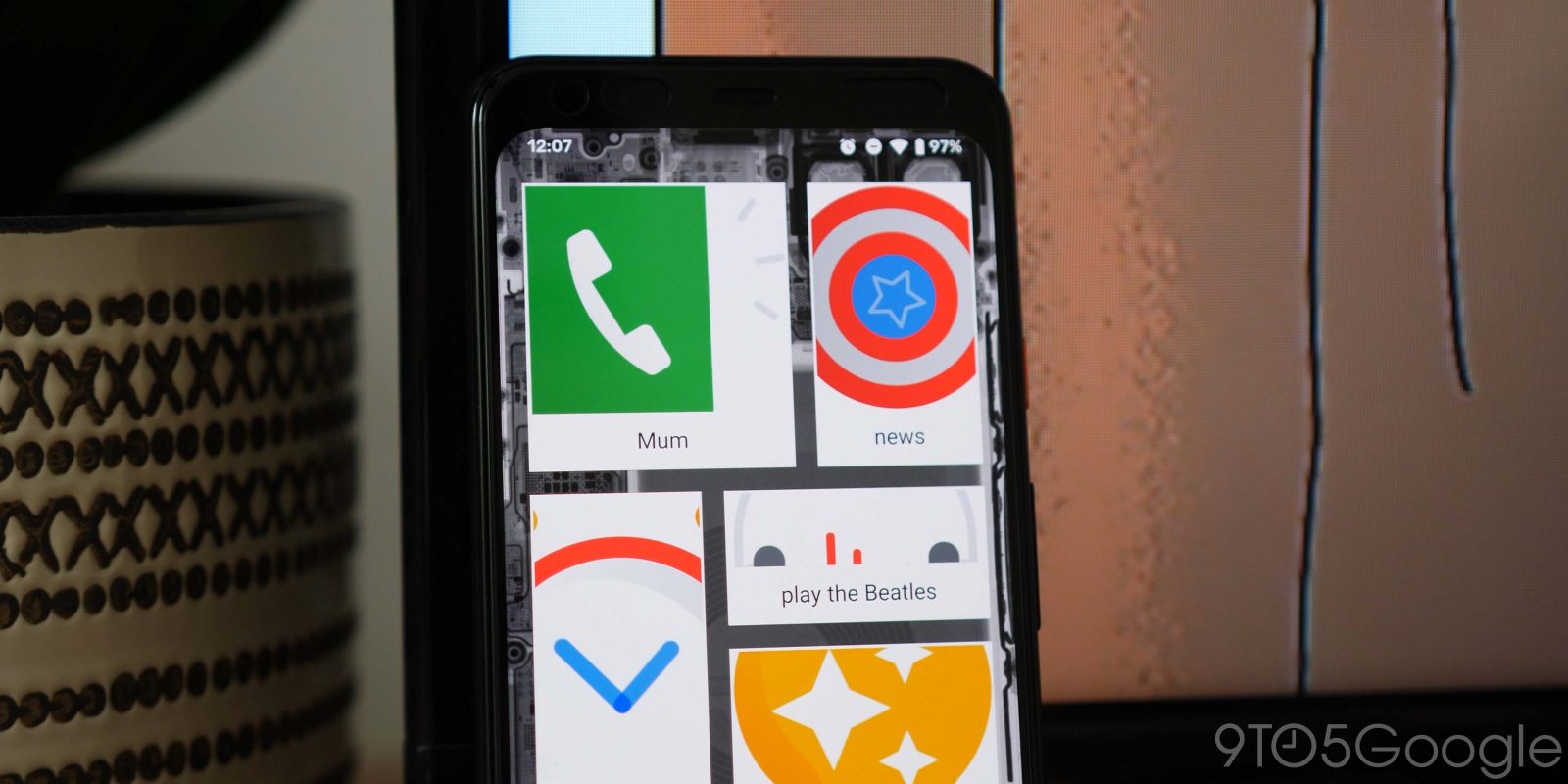 Accessibility on Android is set to get a massive boost, thanks to the recently released Action Blocks, an app that was released on Global Accessibility Awareness Day.

In simple terms, Action Blocks for Android allows you to create large homescreen widgets for common tasks — and some more complex ones that often require multiple steps.

It has been designed to help those that maybe aren’t quite as confident in using their device, or even those that have trouble or difficulty navigating their devices in general. The Google Assistant powers the bulk of the actions, achieving most of what you can already with voice commands.

For those with disabilities or cognitive issues, it is a fantastic addition. It also complements the growing array of accessibility features, functions, and options that Google has been adding to Android in recent years. It’s important to remember that not everyone is able to use a smartphone as “intended.”

As smartphones get larger and inherently more complex, there are growing portions of society that may lose confidence in utilizing their tech, therefore ostracizing them — something that our smartphones are intended to actively prevent. Action Blocks can help people by limiting interactions with menus and apps, instead just turning common tasks into a single button press. 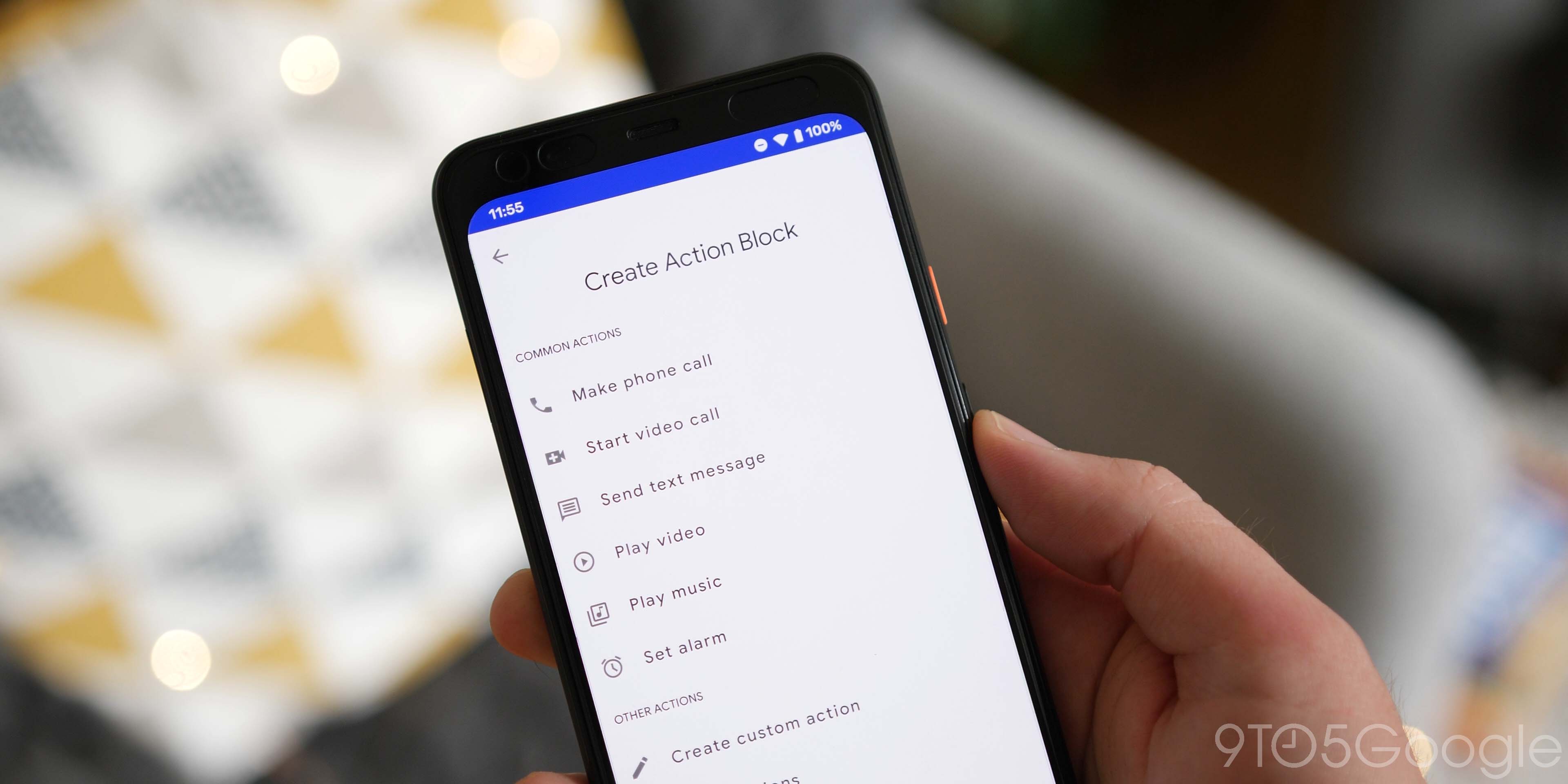 Of course, Action Blocks isn’t designed to be hard to understand or difficult to use. It’s stripped back, has clear, concise menus, and doesn’t overwhelm with options from the get-go. However, I would still likely set up a series of quick widgets for an elderly person to be certain that each toggle would work correctly — that’s something that Google even suggests, too.

Setting up a widget is simple, as Google has only given six presets initially, although that increases with the ability to create custom actions and expanded options. Simple tasks like calling a contact, starting a video call, sending a text message, or setting an alarm are likely enough for many people.

Beyond that, you can create Action Blocks for advanced things like playing a specific YouTube video, creating a reminder, and even activating smart home lighting and thermostats. Because we all know just how powerful the Google Assistant is, you can create a custom action from scratch, which essentially gives endless opportunities to control a device with just a single tap.

When an action has been created or decided upon, Google made the sensible decision to let you set a custom image on your homescreen. This is something that many other interfaces often overlook. Not every person out there is able to distinguish what an icon means — especially if they have no prior experience with technology. Being able to set a custom image means that it can save confusion and frustration for those with cognitive disabilities or afflictions such as Alzheimer’s.

It’s not exactly “attractive,” but it’s functional and reminds me of the Windows Phone metro interface in the the way that widgets line up and auto-organize on your homescreen. No prizes will be awarded for looks, but ease-of-use and functionality are the key components here. 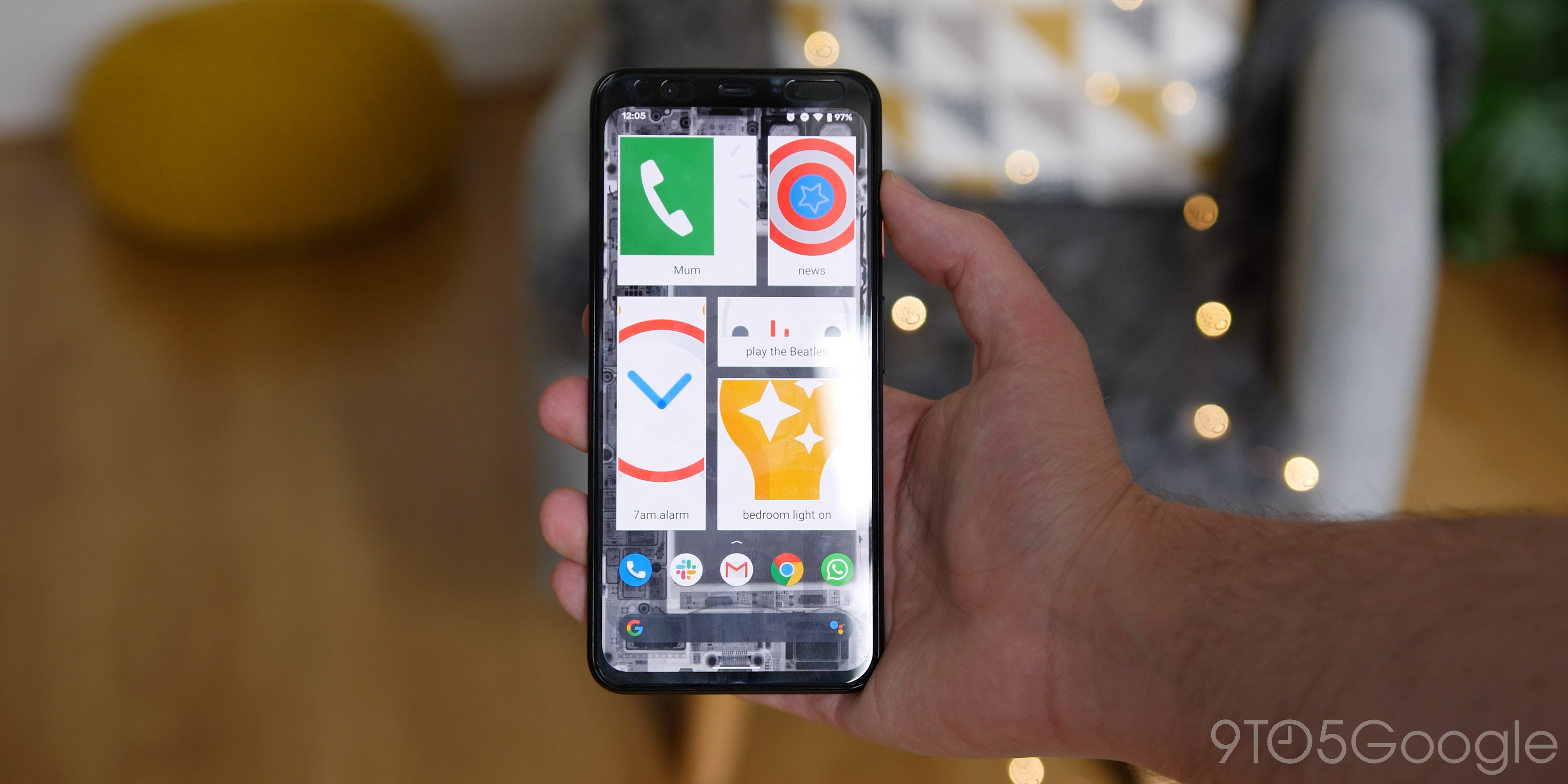 As we mention, you can do almost anything you can imagine with the Google Assistant. Get weather updates, call contacts, plus tons more on top. While we’d suggest that you set up Action Blocks for someone else, if they are confident enough to try and set things up for themselves, you can test each action before placing on a device homescreen.

As standard, each action is added as a 2-by-2 block to a device screen. You can resize them accordingly, though, which ensures that more important or commonly used actions can be tailored better for quick access. Depending on your device launcher, you can fit more widgets on one screen. I would suggest this, as multiple screens may add extra confusion.

However, I do have some minor concerns. I feel that Action Blocks might have worked better as a launcher for an Android phone rather than as a series of large homescreen widgets. Someone not confident using their Android phone might inadvertently delete a widget, which could result in genuine problems if reliance is high on their smartphone.

Although this concern aside, as an extended step into enhanced smartphone accessibility, Action Blocks proves that the Google Assistant could be the key moving forward, while also opening up a world of connection to millions around the globe.

You can download Action Blocks for your Android device right now on the Google Play Store.