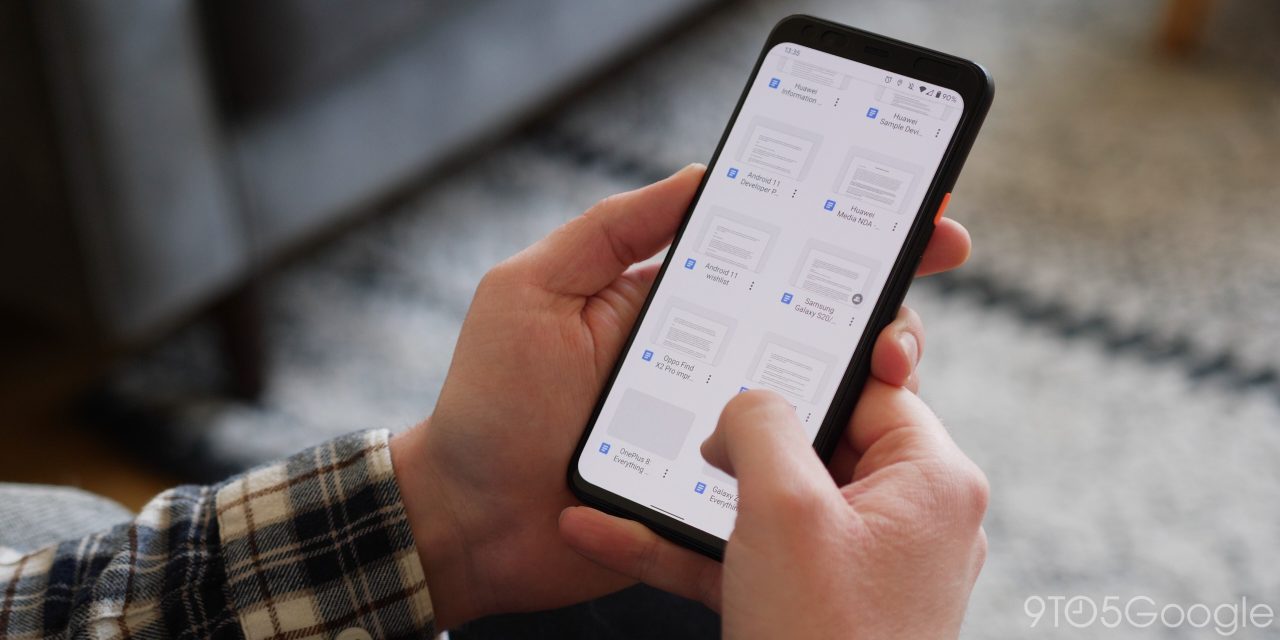 While Drive for Android gained a dark theme last April, Google Docs, Sheets, and Slides have been notable holdouts. Night-friendly modes for these apps are coming and will likely also apply to the document view.

Dark assets for the three Google editing apps were added weeks ago, but the latest versions (1.20.242.2) today include introductory prompts that will announce the new looks in-app when the dark themes become available. This suggests that a launch is coming sooner than later.

There are two key parts of Docs, Sheets, and Slides. The first is the list/grid view of files that can be sorted by Recent, Shared, Starred, and Offline, as well as the Trash and Notifications. These UIs should receive a rather straightforward dark theme matching the one currently available in Drive. This “doclist” theme will be available in Docs, Sheets, and Slides.

<string name=”dark_doclist_promo_desc”>Welcome to %1$s in dark mode. Easier on the eyes at night. Easier on the battery during the day. %2$s</string> 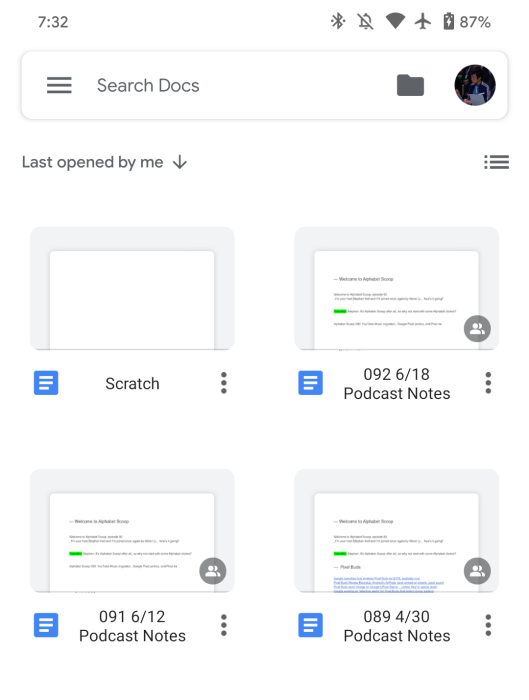 The second key aspect is the actual document editor. These views default to a bright background, and are also getting a dark theme. However, given the absence of strings in Sheets, this feature will only apply to Docs and Sheets since users rarely change the background color, unlike Slides where theming is common.

In those two apps, Google calls this appearance a “dark mode canvas” and “adjusts your content to fit the dark theme.” You will have the ability to quickly preview documents with the light theme by going to the overflow menu.

<string name=”dark_canvas_promo_desc”>The dark mode canvas automatically adjusts your content to fit the dark theme. If you ever want to preview your %1$s in the light theme, go to the%2$s%3$smenu &gt; %4$s%5$s. %6$s</string>

Dark themes for Google Docs, Sheets, and Slides are not yet available. Version 1.20.242.2 is required, but there’s also a sever-side component.