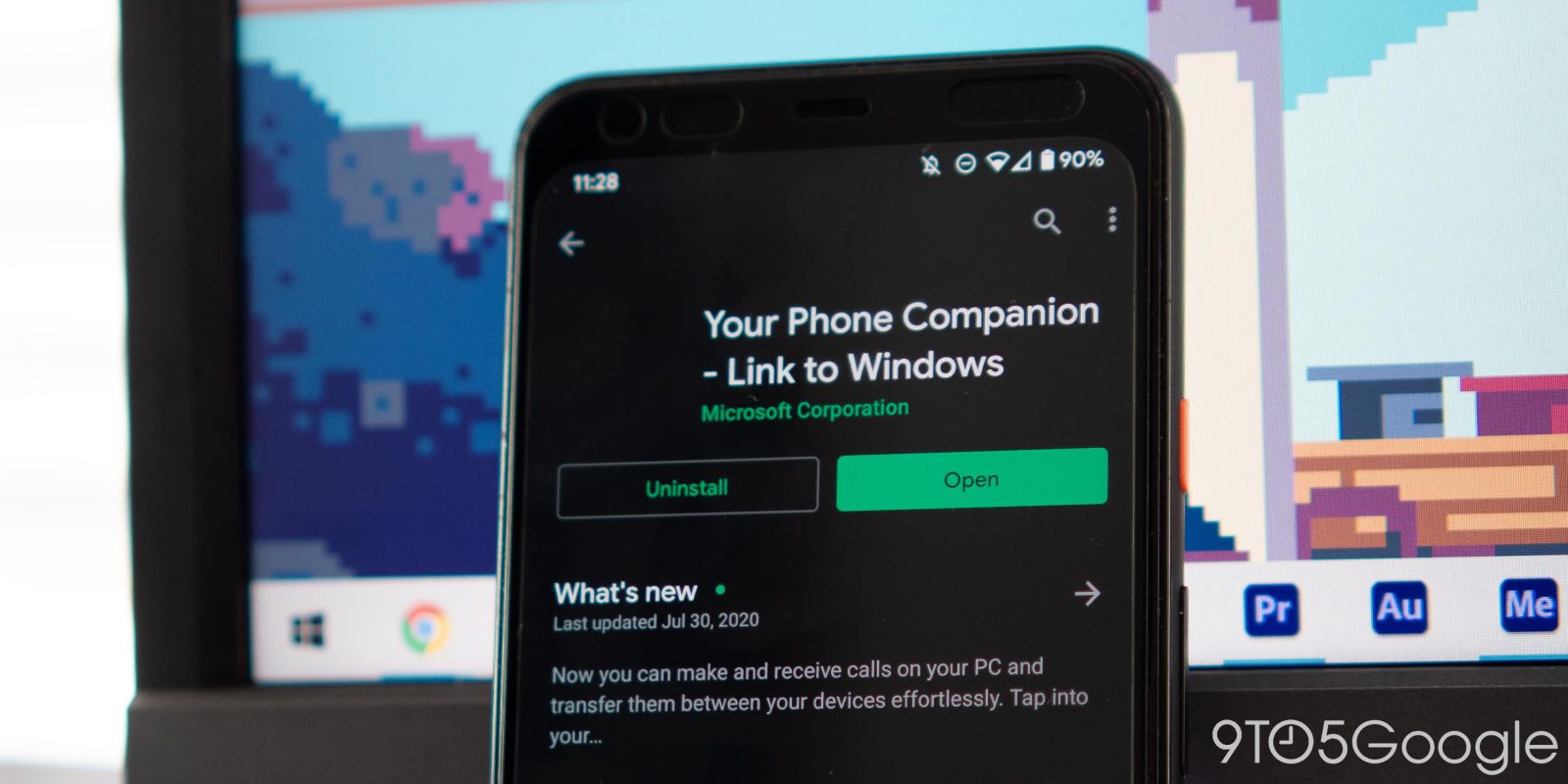 During the Samsung Galaxy Unpacked livestream, the South Korean firm talked up even tighter collaborations with Microsoft. This is manifesting itself with Android app control on selected Galaxy devices when using the Microsoft Your Phone app.

[Update 08/24]: These exclusive features and device controls are now rolling out more widely thanks to a Windows 10 Insider update that Microsoft confirmed is rolling out now that the Galaxy Note 20 series has officially launched across the globe.

The update will let you pin apps to your Taskbar for quick launching, while you should also be able to launch apps directly in completely separate windows on your PC or laptop. One notable that Microsoft mentions is that you all facets of Android apps in this mode will be controllable via keyboard, mouse, pen and touch screen too.

You can conveniently pin your favorite mobile apps to your Taskbar or Start menu on your PC for quick and easy access. When you launch an app, it opens in a separate window outside of the Your Phone app enabling you to multitask. So, whether you need to quickly reply to a conversation, respond to your social posts, or order food, you can do it fast using your PC’s large screen, keyboard, mouse, pen and touch screen alongside your other PC apps!

To get the feature to work you’ll need to be running the latest Your Phone app and the most recent Windows 10 build — version 20197. However, Microsoft has stated that you can get the features working so long as you have a PC running Windows 10 October 2018 update or later.

You’ll also need to have your device on the same Wi-Fi network and running Android 9.0 or higher with Link to Windows integration — at present that “officially” only means selected Samsung Galaxy hardware listed below. Here’s hoping that we see a wider rollout to non-Galaxy device in the coming months as the feature looks really interesting!

Microsoft announced the move while simultaneously teasing that you’ll be able to run multiple Android apps at the same when the Your Phone app gets updated later this year.

Starting today, Android phones supporting Your Phone app’s Phone screen feature will be able to preview the Apps feature. See list of supported devices here. The ability to run multiple apps simultaneously is currently not available and will be introduced later this year.

You’ll need a supported Samsung Galaxy device to be able to start controlling all of the Android apps installed on your device. Of course, while the list is limited to just Galaxy hardware running Android 9.0 or higher, it’s still quite a substantial amount of handsets. You can check out the extensive list below:

You’ll need to be running the latest Windows 10 Insider Preview Build to get started. But when installed, you can see a detailed list of all the Android apps directly within the Your Phone app/window. From here you can add frequently used or popular apps to a favorites section for quick access. You can even pin mobile apps to the Windows Taskbar or Start menu.

When launching an app from your Android phone, it will open up in a separate floating window — almost like a new instance of said application. From there you can control said application with your mouse and keyboard as if you were using your device directly.

There are some limitations according to Microsoft though, with some issues with slow input on touch-enabled Windows 10 laptops and PCs.

For those of you with a Samsung Galaxy device, you should be able to start controlling your Android apps with the latest Your Phone update from the Google Play Store — along with at least the Windows 10 October 2018 build running on your PC.