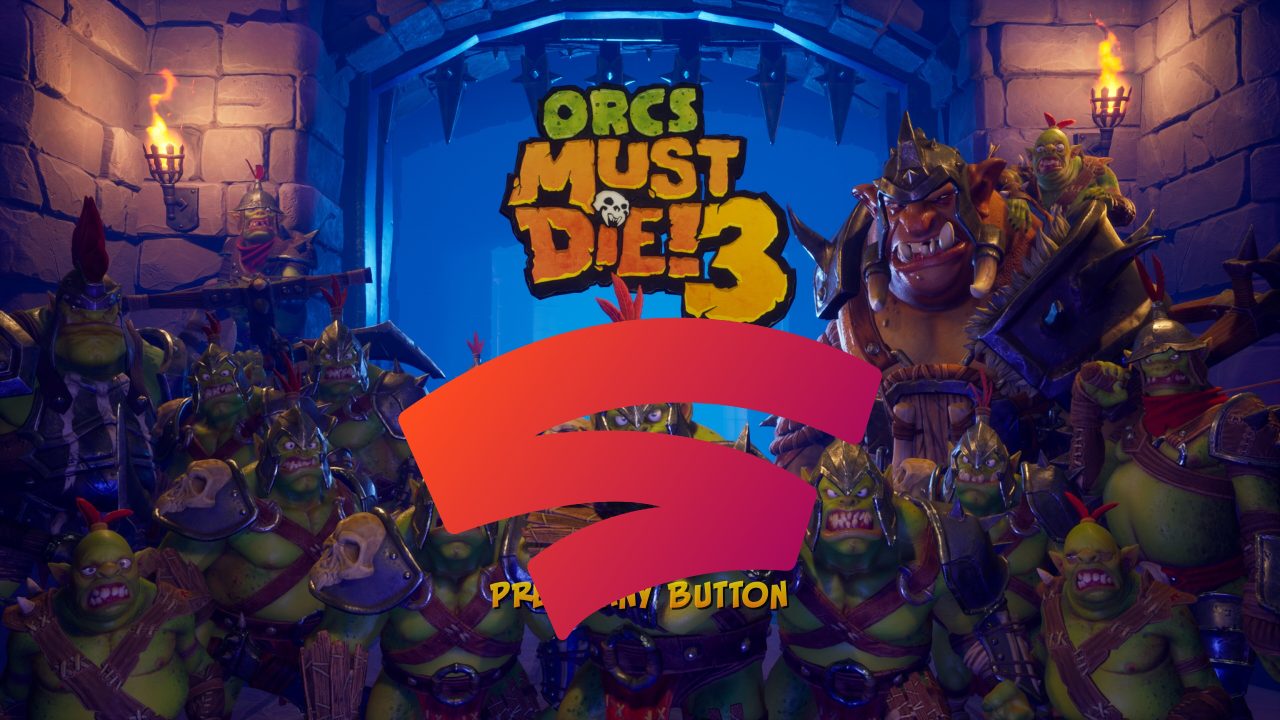 One of Google Stadia’s best exclusives right now is Robot Entertainment’s Orcs Must Die 3. That game has picked up a couple of updates since its launch and, now, it’s getting another. Orcs Must Die 3 is picking up improved online matchmaking, better weekly challenges, and more.

In an update set to launch tomorrow, September 8th, Robot Entertainment is including two major updates and a plethora of tweaks and bug fixes for Orcs Must Die 3.

First on the major updates, weekly challenges. This new game mode first debuted just a few weeks ago to help keep the game fresh and, now, it’s adding four new challenges to its roster. “Mom’s Spaghetti” leaves players with just a single rift point and a huge wave of speedy runners, but with a limited loadout of weapons and traps. “Evil Power Within” sees players as Gabriella with a complete loadout and fully upgraded traps on the Coastal Hallways level and difficulty set to maximum. “Trolls Love Dogs” sees Mountain Trolls incoming and players with minimal loadout and upgraded mana. Finally, “Spin to Win” takes Kelsey to Hidden Docks with only the Dwarven Hammer, Haymakers, and Dart Spitters.

The bigger update here, though, is to online matchmaking for Orcs Must Die 3. The feature which allows random Stadia players to co-op on a level together was previously tough to find other matches on, but now it should be a lot easier to find who’s hosting. Instead of requiring players to filter by both level and map, the game can now find all matches on either setting. With this, there’s also a way to find all matches currently being hosted on the game.

There will now be an option to search for ‘any’ map and ‘any’ difficulty. This will allow a player to perform one or two searches, rather than one per level as it exists currently. A few examples:

Rounding out this update are various bug fixes and tweaks to enemies, traps, and weapons to make the gameplay a bit better. Some highlights include barricade health being reduced, endless levels including more enemies that target barricades, higher damage for Dynamite Archers, and more. There are also a few improvements listed to the online co-op gameplay for Orcs Must Die 3. The full changelog can be read below or on Robot Entertainment’s website.

You will see four new weekly challenges in the playlist:

There will now be an option to search for ‘any’ map and ‘any’ difficulty. This will allow a player to perform one or two searches, rather than one per level as it exists currently. A few examples: