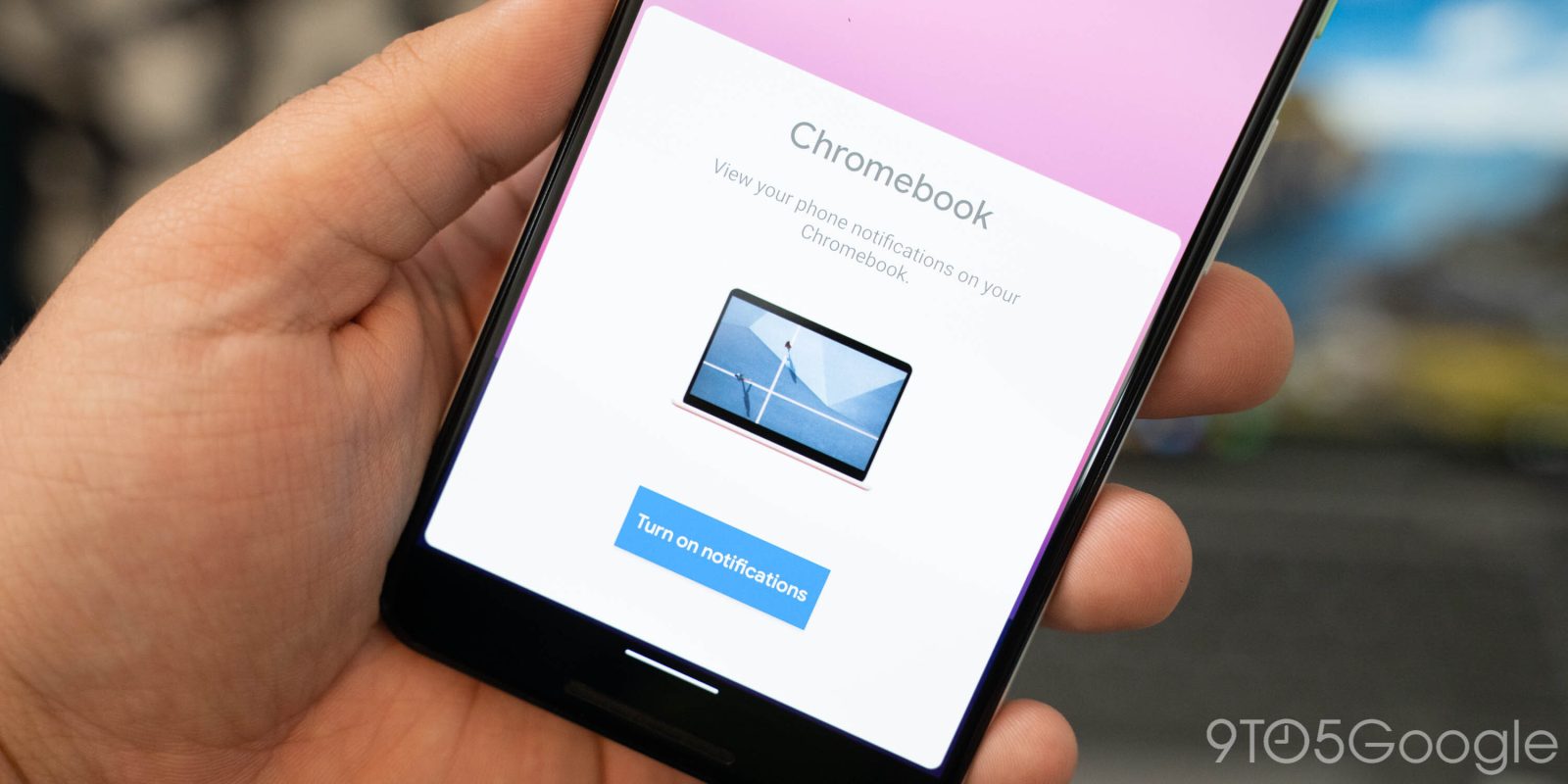 For a few months now, we’ve been keeping an eye on a new feature for Chrome OS called “Phone Hub” which will deeply connect your Chromebook to your Android phone. Now we’re beginning to see the feature come to fruition on the Android side by way of an update to Google Play Services.

For a few years now, Google has been stressing how Chromebooks and Android phones — especially Pixelbooks and Pixel phones — are “Better Together” thanks to features like Smart Lock, Instant Tethering, and Google Messages integration. To better compete with Windows 10 and its “Your Phone” app, Chrome OS has been steadily gaining a new “Phone Hub” feature.

We’ve gone deep into the various features of Phone Hub before, but in short, your Chromebook will be able to quickly change some of your phone’s settings, view and reply to incoming phone notifications, and even resume web pages and Android apps from your phone onto your Chromebook.

To make most of Phone Hub’s features possible across Android phones without needing to install a separate app, we surmised that Google Play Services would likely be involved. Today, an update to Google Play Services version 20.42.14 began rolling out through the Play Store’s beta program. In it, we’ve found a variety of new texts referencing Chrome OS’s Phone Hub and the ability to mirror notifications to a Chromebook.

With this initial bit of work in place, our Dylan Roussel managed to enable the first step of the onboarding experience of connecting your phone and Chromebook to share notifications. For the time being, though, we’re unable to complete the setup process.

Surely this is only the beginning of the work to be done in Play Services to support Chrome OS’s Phone Hub, as we’ve not seen any references to the other features like “Task Continuation” and the ability to change phone settings. Similarly, work is still ongoing on the Chrome OS side to get the feature, its connection to Play Services, and the UI all working together seamlessly.