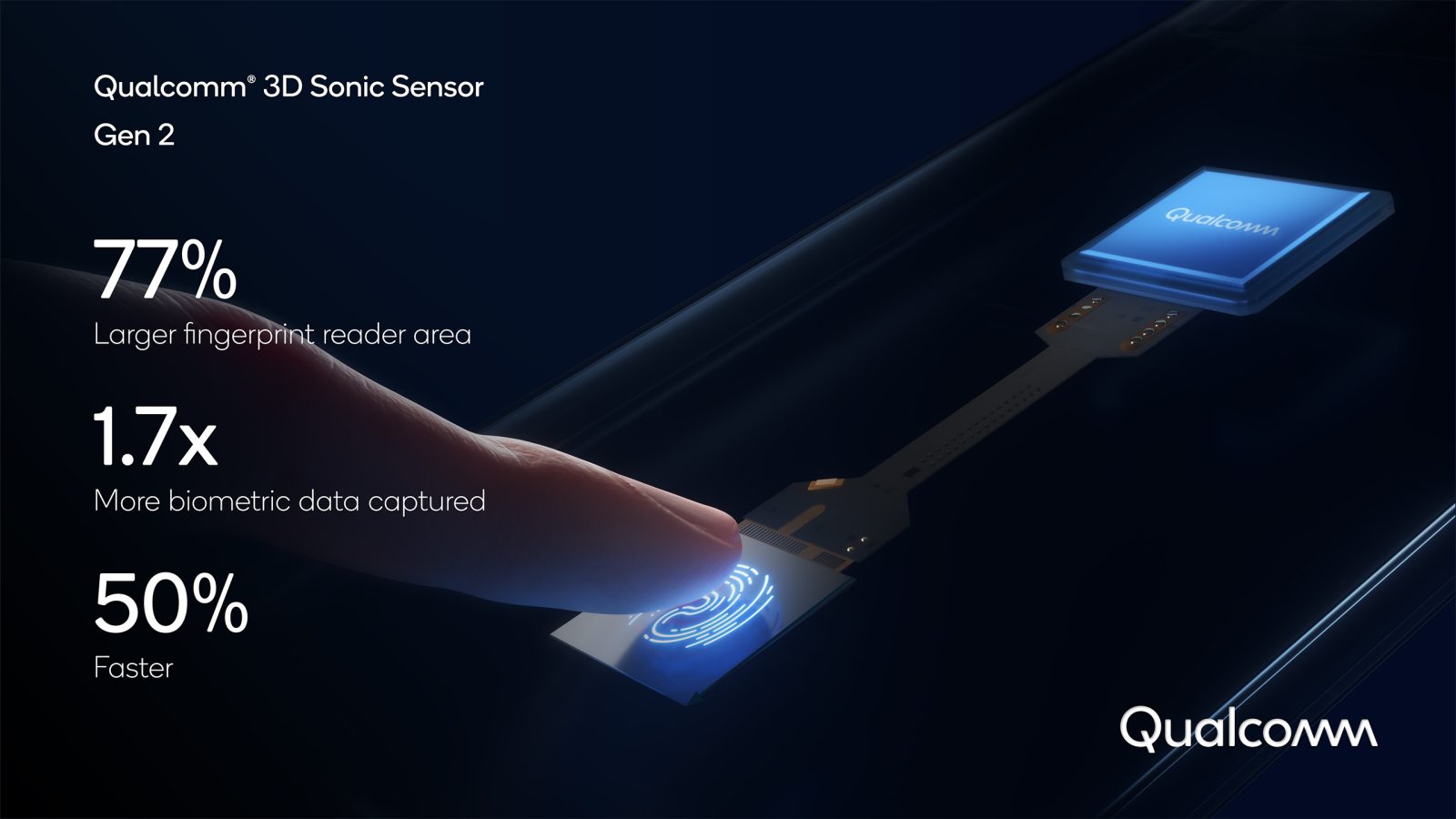 The Samsung Galaxy S21 reveal event is just a few days away, and today Qualcomm might have given us a preview of one piece of that phone’s hardware with its latest in-display fingerprint sensor, which is both larger and faster.

As CES 2021 is now officially underway, Qualcomm is following up last month’s announcements of the latest lineup of smartphone chips with its next generation of in-display fingerprint sensors. The new Qualcomm 3D Sonic Sensor Gen 2 will be 77% larger — 8mm by 8mm versus 4mm by 9mm. This means you have a larger place to put your finger and also that more of your finger will be scanned for increased security.

According to Qualcomm, between the increased surface area and their improvements to the internals, the second-generation 3D Sonic Sensor is able to process fingerprints 50% faster than the previous generation. Done right, your next phone should be able to unlock a bit faster than before.

In addition to speed and size improvements, Qualcomm has also managed to make this new fingerprint sensor capable of sensing through more materials, including foldable displays and even water. With any luck, your next phone’s fingerprint sensor should be able to scan your hand even if it’s wet.

As for when we might see this latest fingerprint sensor debut, Qualcomm proudly notes that the previous generation was used in the Samsung Galaxy S10, Note 10, S20, and Note 20 phones. Combined with the official statement that the 3D Sonic Sensor Gen 2 will arrive in mobile devices in “early 2021,” it’s entirely possible it may debut at the Galaxy Unpacked event later this week as part of the Samsung Galaxy S21.