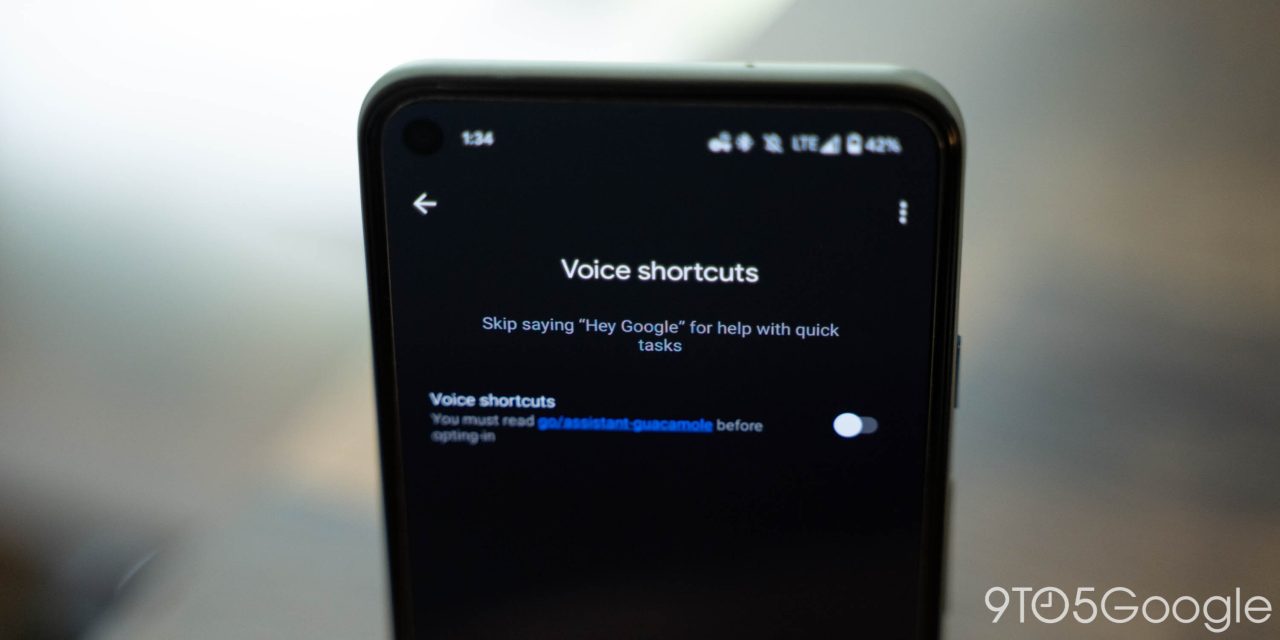 For the past several weeks, we’ve been tracking an Assistant feature codenamed “Guacamole” in the Google app. We can now report that “Guacamole” will let users perform time-sensitive Assistant “quick tasks” like answering calls or silencing alarms on your Android phone without having to first say “Hey Google.”

Work on Guacamole began in version 12.8 of the Google app in early March. The company has been very secretive about this capability and worked hard to obscure its true nature. The initial descriptions were:

“Quickly get things done with Guacamole.”

“This describes what the Guacamole toggle actually toggles.”

Development continued over the coming weeks, and today, the settings page inadvertently (h/t Android Police) went live. Notably, it only appears in the latest Google app beta (12.15) running Android 11 and not the latest 12 Developer Preview.

It appears in the main Assistant settings list under “Guacamole.” The full menu provides the below description, while there is a toggle to enable “Voice shortcuts.”

We can now report that those “quick tasks” in question involve alarms, timers, and calls. A ringing alarm can be canceled by just saying “Stop” or “Snooze,” while “Answer/decline the call” will work for incoming calls. You can naturally just say the command without having to first say “Hey Google.”

This is similar to how you can cancel alarms on the Nest Hub by just saying “stop” when they ring. That Smart Display capability launched in 2019.

Google is currently testing this feature with employees, which explains today’s inadvertent reveal in settings. Only Googlers should have been able to access the Assistant menu in the screenshot above that links to an internal page.