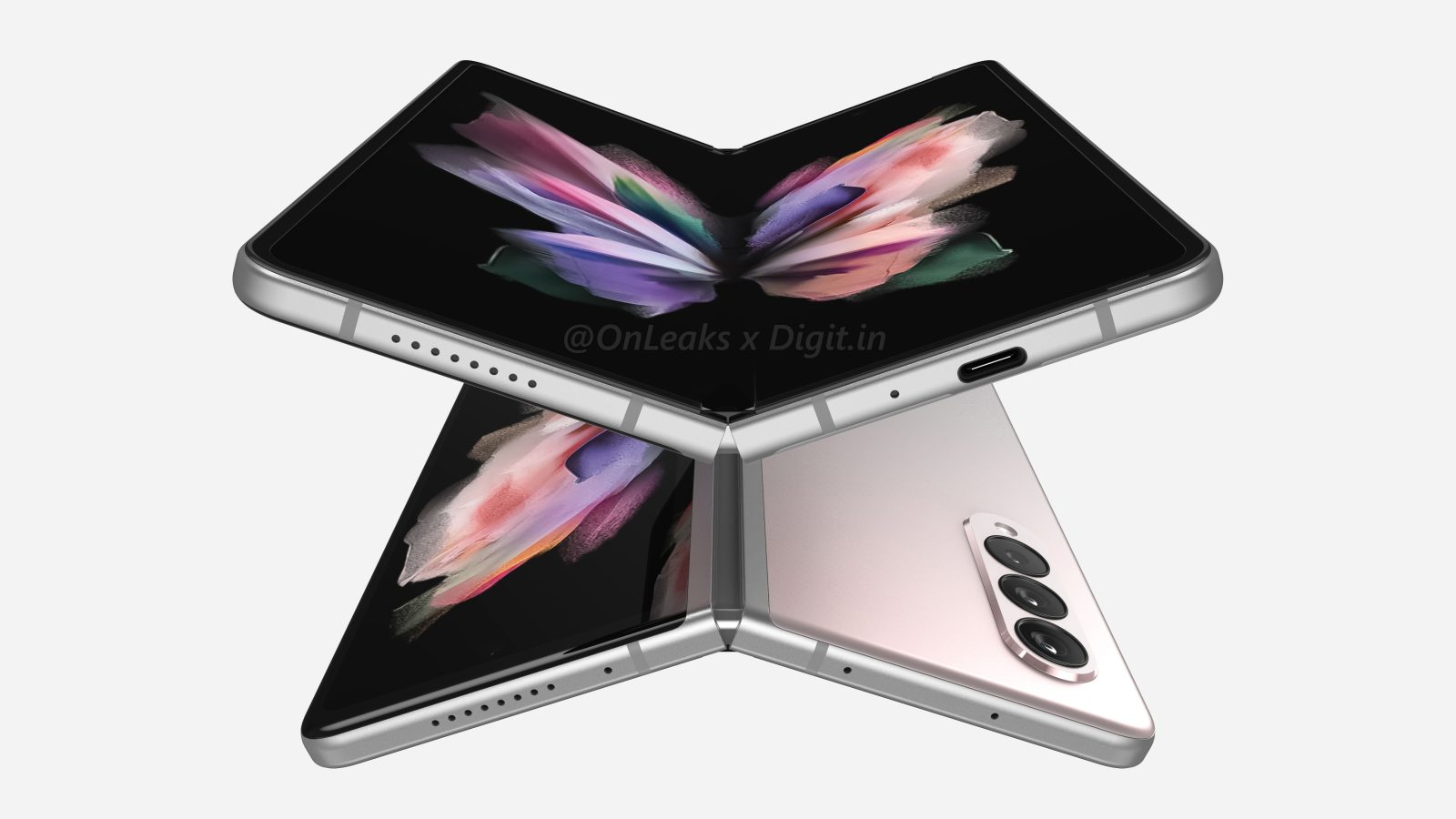 A set of leaked renders reveal Samsung’s next foldable, the Galaxy Z Fold 3, in three different colors, including a pearlescent silver.

This morning, the folks at 91mobiles got their hands on seemingly official renders for the Galaxy Z Fold 3 from an anonymous industry source. In them, we get to see the foldable at a handful of different angles and in three different colorways.

Alongside the usual black option, we find that Samsung is planning a forest green and a silver/white color with a pearlescent effect. All three appear to have a matte finish as opposed to the glossier look of the previous-gen Galaxy Z Fold 2. Notably, none of the three colors seem to line up with the champagne colorway previously leaked for Samsung’s other foldable for this year, the Galaxy Z Flip 3.

Interestingly, the S Pen, which the Galaxy Z Fold 3 is rumored to support, is not shown in any of these renders, leaving open the question of whether the stylus will be included or sold separately.

Meanwhile, if you want a more crisp look at the Galaxy Z Fold 3 and its details, respected leaker OnLeaks and Digit.in have shared a set of unofficial renders, showcasing the phone in 5K. While the colors vary slightly from the official renders, the finer points of the foldable are on full display. True to April’s rumor, we see that the Galaxy Z Fold 3, despite its reported support for an S Pen, does not have a Note-style silo to stow such a stylus.

With official renders and high-quality created renders now in our hands, we still have some waiting to do for the Galaxy Z Fold 3. Samsung has yet to offer a date for its next Galaxy Unpacked event beyond “this summer.” That event is currently expected to bring a new set of Galaxy Watch devices alongside the Galaxy Z Fold 3 and Z Flip 3.