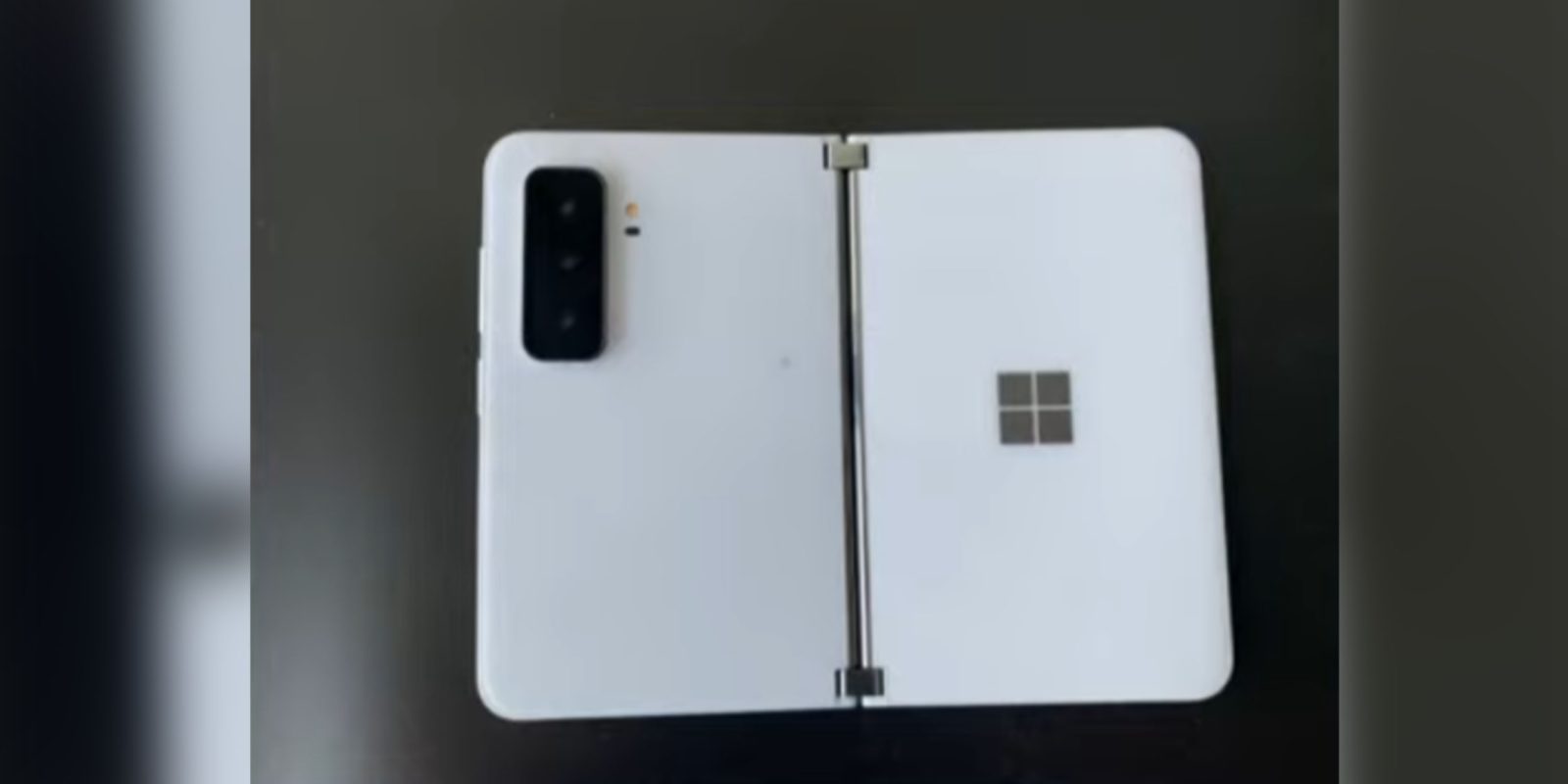 The first Android smartphone from Microsoft, the Surface Duo, was an ambitious dual-screen device with some clever ideas but a lot of flaws based on most reviews. The device has been expected to get a sequel for some time, and now, a leak is showing off what the Microsoft Surface Duo 2 might bring to the table.

Windows Central highlighted a video today from YouTube channel TechRat. The video was posted nearly a month ago at this point and received quite a few dislikes and claims of the images being fake, but Windows Central, the publication responsible for quite a few leaks of the original Duo, claims that the photos are legitimate.

In these photos, we can see a design that’s mostly the same as the original Duo with just one major change. The camera system on the rear of this alleged Microsoft Surface Duo 2 is not only larger, but houses more camera sensors. The module holds at least three cameras that are claimed to be standard, telephoto, and ultrawide lenses. The original Duo was widely criticized for its poor camera performance.

Notably, this larger camera protrudes quite a lot from the back of the device which, presumably, would cause problems with folding the device all the way around. At the very least, it would likely leave a gap.

Further in the leaked photos we can see that the dedicated fingerprint sensor has seemingly been removed, with WC claiming that it may have been integrated into the power button. The device also seems to adopt a matte, “frosted” glass build. Other tweaks include a USB-C port that’s centered on the right-hand side of the device. It’s also mentioned that the device could release around Sept/Oct of this year with a Snapdragon 888, 5G, and NFC which would all represent big improvements over the first generation.