Stadia Changelog: July’s Pro lineup helps deliver the most new games in a week so far this year 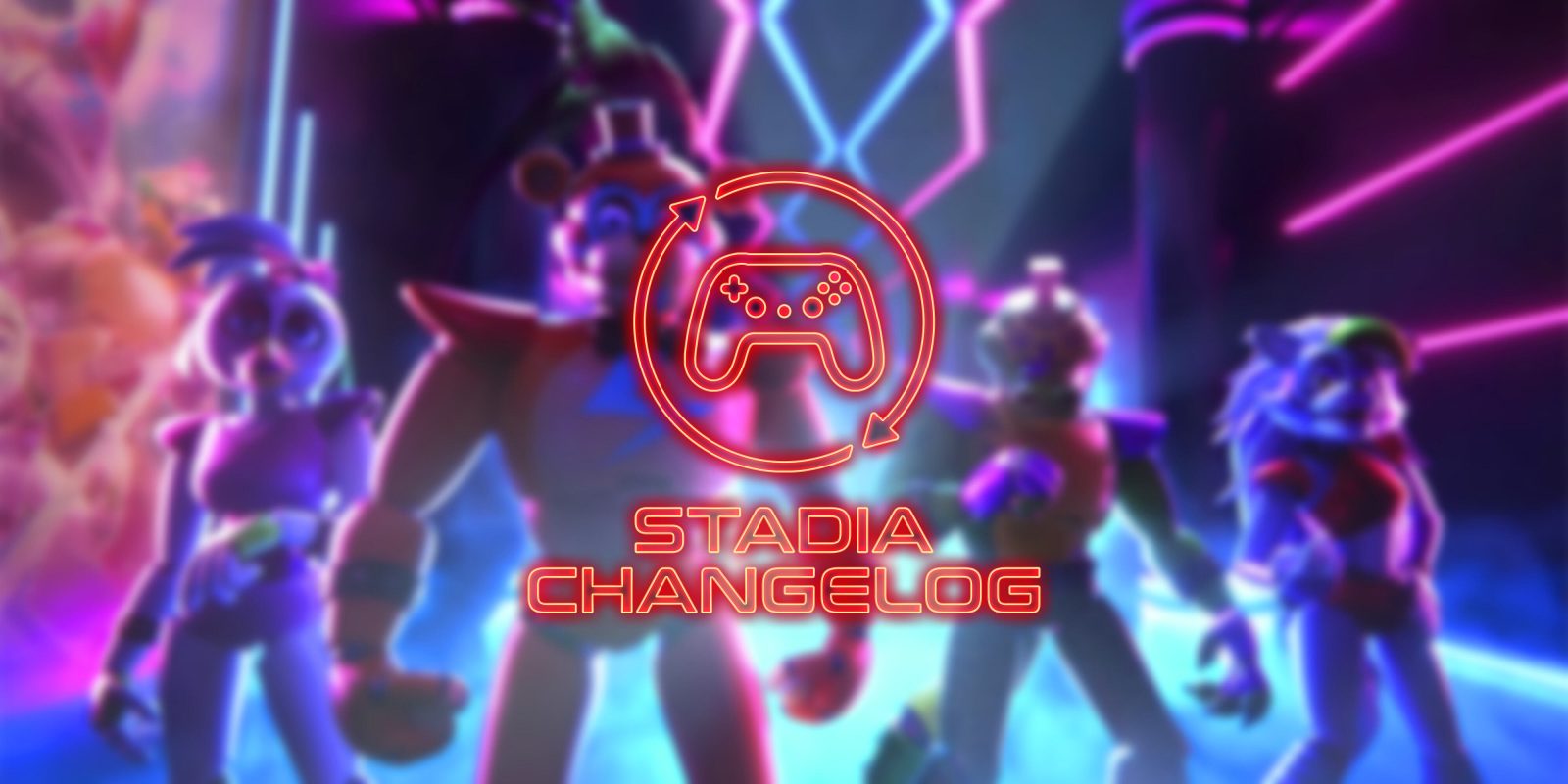 Google Stadia this week offered up a few meaningful signs of life, including an expansion to Mexico, massive increase in the number of free game demos offered on the platform, and July’s strong Pro lineup that ushered in the most new games in a single week we’ve seen so far this year.

If you’ve been reading our Stadia Changelog column each week, you’ll probably recall that Stadia has only added one to two new games per week so far this year, with most weeks having none at all.

But this week, Google actually dropped a considerable number of games on Stadia. Seven new games arrived this week, headlined by Five Nights at Freddy’s: Security Breach. This breaks the previous record of four new games in a week that we saw in early March and early June.

Google has added 37 new games to Stadia so far this year. In 2021, Google delivered 107 new titles to the Stadia library, and the company promised at least 100 new games during 2022, a tall order at this current rate – but more weeks like this one would certainly help the platform achieve that promise.

Outriders also launched its Worldslayer Edition bundle on Stadia this week, which costs $59.99 and has a 45-minute free trial available. The base Outriders game is still available free with Stadia Pro.

Atari also announced that it would be bringing five new games to Stadia this year, starting with this week’s release of Centipede: Recharged. The rest of the new additions include:

No new games were spotted in ratings this week.

Google Stadia is coming to Mexico

In what we called a meaningful sign of life for the platform, Google this week announced that Stadia will be heading to Mexico later in 2022. This news marked the first regional expansion Google has made with Stadia in almost two years.

And while it’s important to remember that Stadia still faces many other issues as we brought out in our coverage, this is unequivocally good news for the platform.

PUBG gets another new map

PUBG this week announced a new map, “Deston.” The map is an abandoned city and adds new gameplay elements, including the ability to quickly scale a skyscraper.

Deston is PUBG’s upcoming 8×8 map, set in an abandoned metropolis ravaged by storms and floods. Deston will feature previously unseen content and items, as well as exclusive gameplay mechanics, including means to quickly climb to the top of the skyscraper tower dominating the map.

These are July’s Stadia Pro games

Assassin’s Creed Valhalla picked up its 1.5.3 update this week, which adds the “Bifrost Bundle” to the game.

The Shimmering Shield and Iridescent Axe were chiseled from the same crystal used to build the Bifröst, Asgard’s rainbow bridge. Available for free in the Animus store from June 28 to July 26.

You can view the full changelog here.

Square Enix released its latest new character in Marvel’s Avengers this week, bringing Jane Foster’s “Mighty Thor” into the game just ahead of the release of Thor: Love and Thunder, which brings the character to live action.

Patch v2.5 is hefty… or perhaps you could say, Mighty? Today’s update brings Jane Foster, the Mighty Thor to Marvel’s Avengers, along with several fixes and improvements.

You can view the update’s full changelog here.

Ubisoft’s Skull and Bones gets a possible release date

If you’ve been itching to pick up the hit Cities: Skylines, you can score a deal on the game this week. The game has been discounted to just $9.99 for all players on the Stadia Store this week, and most expansion packs are discounted by up to 50%. The sale continues through July 13.

The fourth season of Super Animal Royale has arrived, adding the “Super Lizard” and several other updates to the free-to-play title.