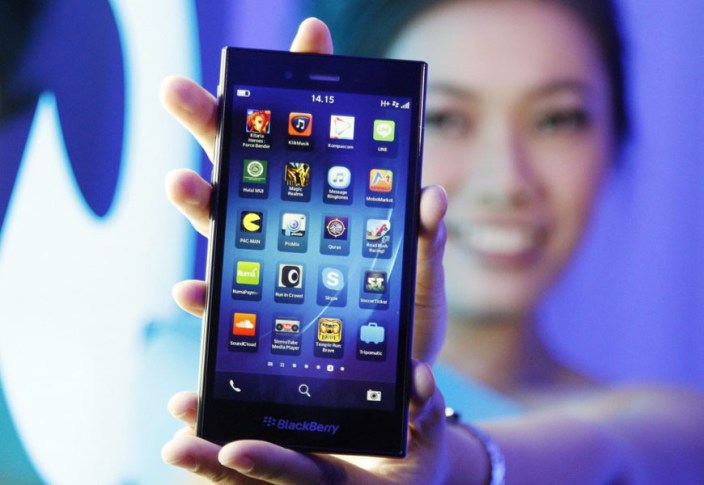 While rumors that Samsung was in talks to acquire BlackBerry for as much as $7.5 billion ultimately proved to be untrue, the two smartphone makers remain interested in working with one another. “We want to work with BlackBerry and develop this partnership, not acquire the company,” J.K. Shin, head of Samsung’s mobile phone business, told The Wall Street Journal. END_OF_DOCUMENT_TOKEN_TO_BE_REPLACED

Reuters reports on Wednesday that Google has entered discussions with several top automative manufacturers about self-driving cars, including General Motors, Ford, Volkswagen and Daimler, the German company behind Mercedes-Benz. The company has also partnered with a number of auto suppliers to develop and refine self-driving systems and components, such as Continental AG, Robert Bosch, LG Electronics and Nvidia. END_OF_DOCUMENT_TOKEN_TO_BE_REPLACED

While the American auto market has been dominated by the Big Three in Ford, General Motors and Chrysler for several decades, the landscape is beginning to change as technology-based competitors like Tesla and Google enter the scene. To keep up with the breakthrough pace of innovation, it may be necessary for the trio of auto makers to partner up with their new rivals in the coming years.

Right on queue with that idea, Time reports on Tuesday that General Motors is open to working with Google on developing self-driving car technologies. “I’m not in charge of deciding what we will and won’t do, but I’d say we’d certainly be open to having a discussion with them,” Jon Lauckner, Chief Technology Officer at General Motors, said in an interview at the Detroit Auto Show this week. END_OF_DOCUMENT_TOKEN_TO_BE_REPLACED

Google announced on Tuesday that professional services company PwC is the latest business to adopt the Apps for Work suite and Google Cloud Platform. The news comes less than one day after Google tabbed Squarespace and WordPress as two other new Google for Work partners, greatly expanding its business portfolio as competition increases. END_OF_DOCUMENT_TOKEN_TO_BE_REPLACED

Sol Republic, makers of a wide variety of speakers and headphones, announced in August 2013—alongside the announcement of the Moto X—that it would be partnering with Motorola “to redefine the music experience,” and “change the way music fans experience and share music.” 9to5Google has learned, however, this partnership may not have worked out so well. According to people familiar with the partnership, Motorola will soon be dropping its affiliation and contract with Sol Republic.

END_OF_DOCUMENT_TOKEN_TO_BE_REPLACED Apple would benefit from buying EA, but that doesn’t seem likely to happen